Maggie loves everything about Christmas, although, of late, she has been frequently disappointed as Christmas fayre doesn’t live up to the advertised deliciousness and TV offerings are formulaic and flat. Nevertheless, December becomes a fest of Christmas Movies, tinsel and turkey. Having driven by houses that had decorations up, yesterday we put up the tree and now the house is tastefully decked with Christmas symbols… not that we are in anyway religious. 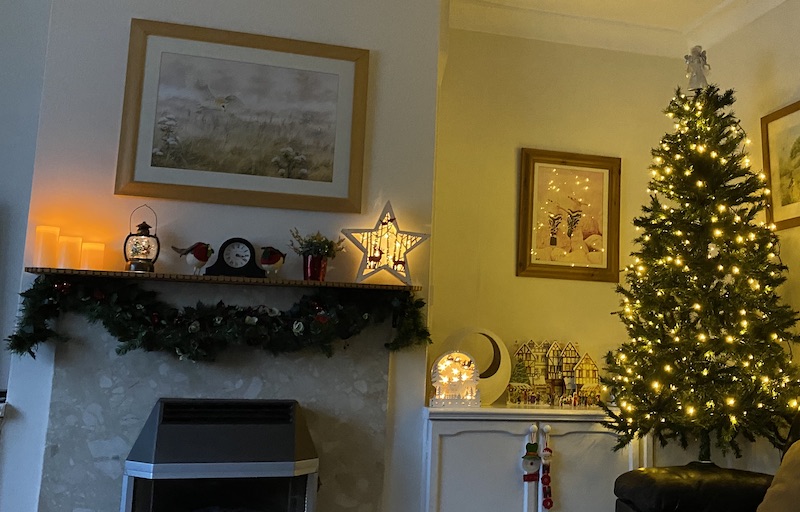 Left to my own devices I might settle for a lit tree… Maggie loves the tree decorated with every ball and bauble collected over the years… the angel at the top is more than two decades old. 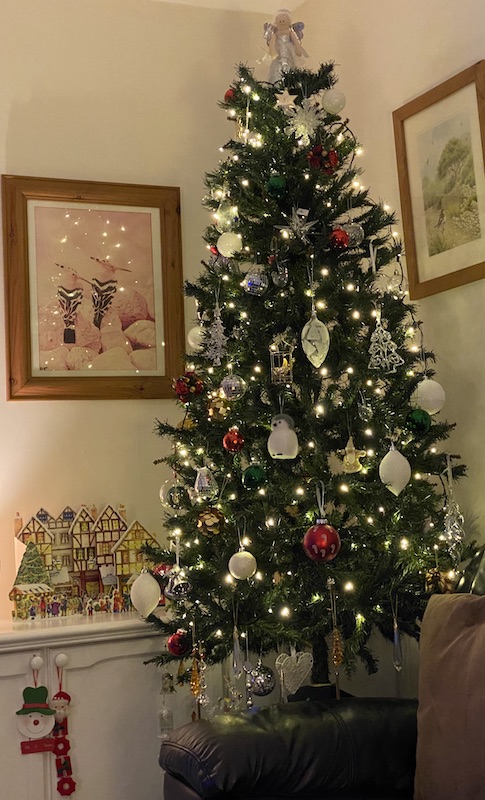 As much as she loves Christmas it will be subdued this year. It cannot be the family affair she loves most. Covid intervened and made a room squeezed full of our family playing board games after stuffing ourselves with turkey and Brussel sprouts or ‘just one more’ twiglet, impossible.

But here’s the thing… it’s the coronavirus that makes mixing at Christmas a danger to health. The reason why three generations should not cuddle up at Christmas has nothing to do with government diktat! I simply do not understand how people are seeing it that way right now. They talk and act as if restrictions of movement and contact are politics, government oppression or whim rather that a reaction to a plague. This government has not only handled the epidemic really badly it has also encouraged the idea that staying safe, and keeping others so, is their prerogative instead of each of ours.

They hit the wrong note from the outset by declaring that the vulnerable should shield and then sent them wartime rations! Declaring the first lockdown over they decided it was safe for people who were most at risk because of age, ethnicity or underlying health issues to stop shielding at a time when it really wasn’t and isn’t.

If lockdown and tiers makes any sense at all then we should follow it until we are all safe, not have Christmas off as if it is a reward! Listen to the science, which is very clear. Transmission of the virus is often through inhaling the virus particles in the water vapour that others breathe out. Where is this most likely to happen easily? Inside where people are in close proximity and air re-circulates rather than being replaced. In other words in poorly ventilated homes with a mix of generations.

I know older people living alone will feel it even worse when they might be celebrating Christmas with other people, but it’s better than risking it. Stay safe this Christmas under your own roof, alone or with your normal ‘bubble’. With vaccination around the corner why take chances by meeting others actually, rather than virtually!