I get very few beetles in my garden, not even ladybirds despite trying to create favourable conditions. But yesterday I had two beetle species. 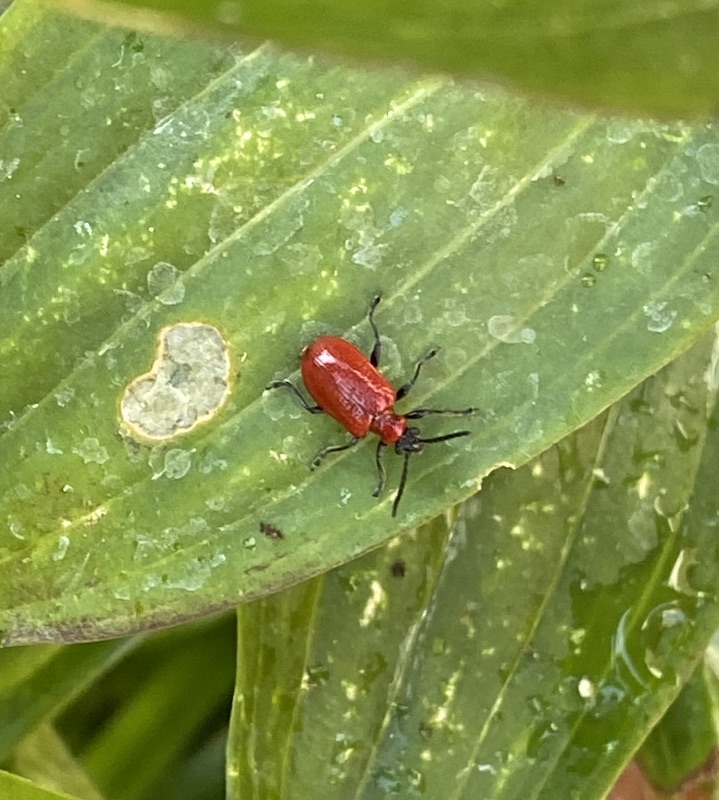 Most gardeners would despatch any they see if they cultivate any lily species as the beetles and their larvae devour any part of the lily, from bulb to flower. First seen in the UK in the nineteenth century, they are an Asian accidental import. They are lovely to look at though!

According to BugLife: “The thick-legged flower beetle is commonly seen on the flowers of ox-eye daisies and other open-structured flowers. They are a common occurrence in gardens in the South of England. It is often known by other names including the swollen-thighed beetle and the false oil beetle.” 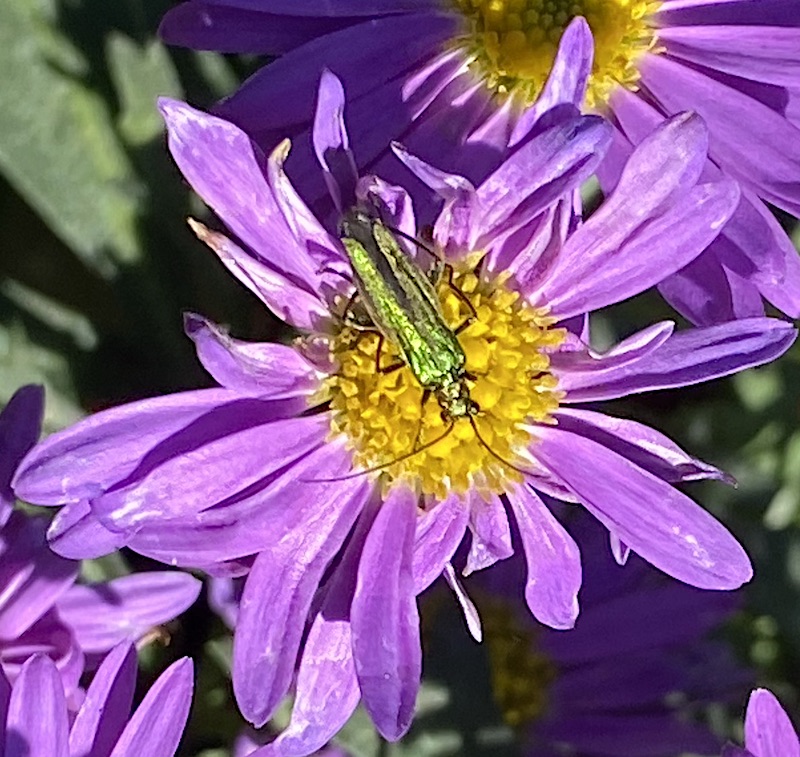 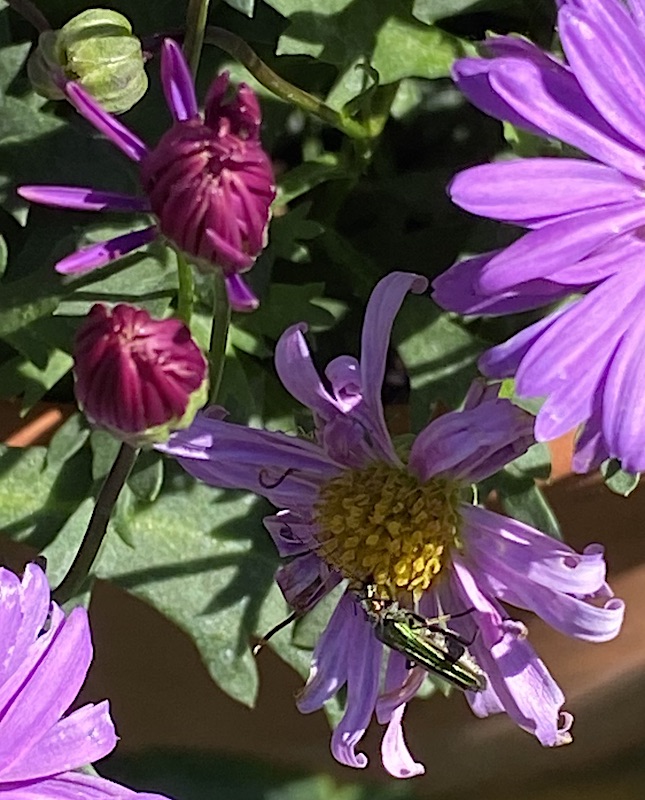 I have seen them in my garden before but this is the first I’ve spotted this year. This is, as foretold by Buglife on a daisy-like flower; Brachyscome. Its good news on your flowers as it is a pollinator. 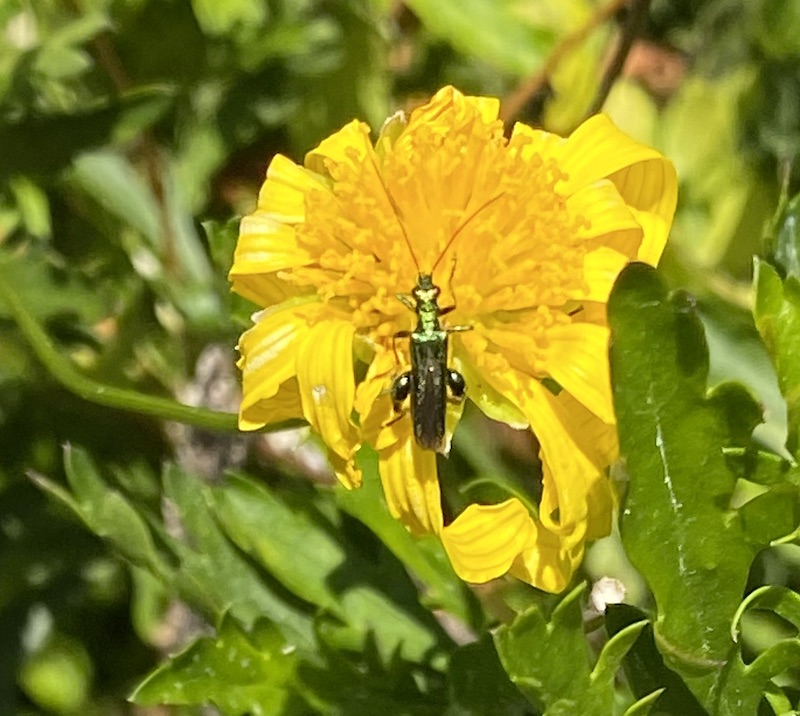 Only the male has the eponymous thick thighs on its hind legs. As in these pictures on another ‘daisy’, Osteospermum or cape Daisy. There are other differences such as in their different body shapes. 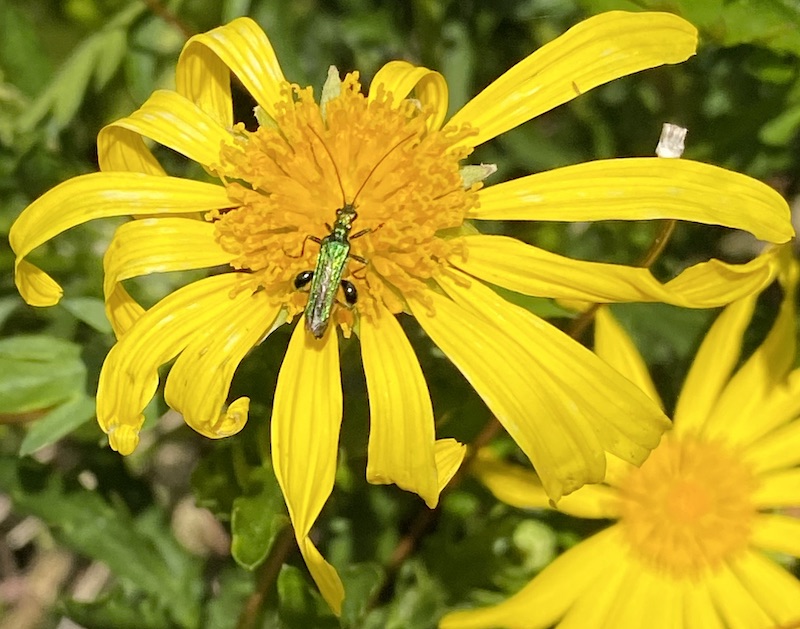 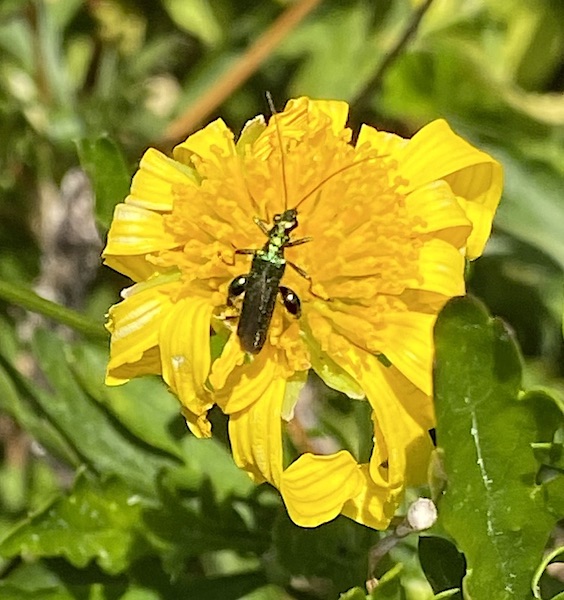 A couple of weeks ago I had the briefest of glimpses of the beetle below. My ID is a very tentative one and I hope someone out there can conform or correct my designation. 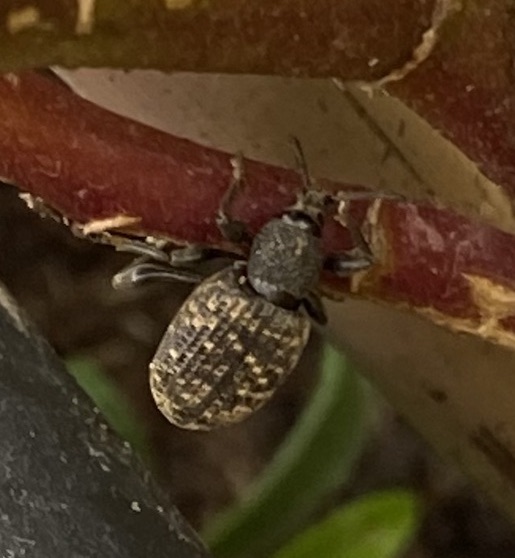