Managed to finish the Spring clean up yesterday as in the sun it was warm and out of the cold wind it felt very mild. Just in time for the coming storm to do its damage. Still, the dead growths removed give the burgeoning spring shoots a better chance of sun and rain and to grow up firm and straight. 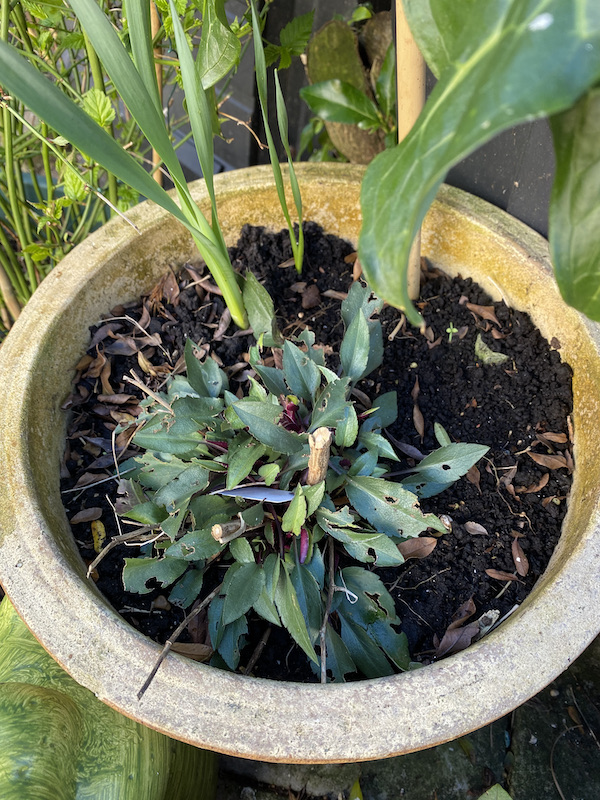 Its a long time until the flowering season of this michaelmas daisy, but with the old stems removed there is room for growth

Our compost bin maybe too full to take our garden gleanings, most goes off to the recycling centre to end up back as garden compost in due course. However, larger prunings now go into the space between the shed and a corner of the fence creating an area of rotting wood and cover for bugs, birds and wood mice… and probably some frogs. The corner is already packed with several ornamental trees and shrubs as well as a fig and a cherry tree. 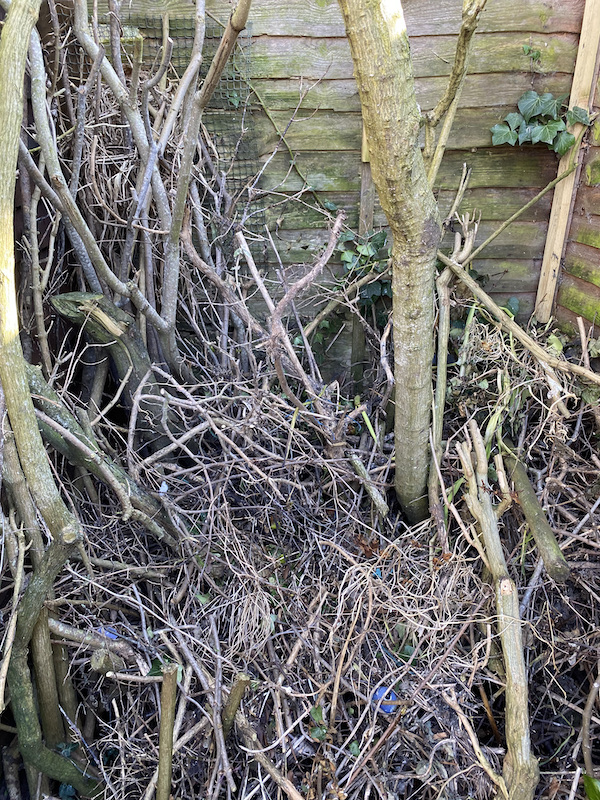 The frost damage was not just to plants… some of our ‘infrastructure’ suffered too, like this large flower pot which neatly broke into two parts. Now, on its side, it became a frog home, a safe spot to hide from the neighbourhood cats! 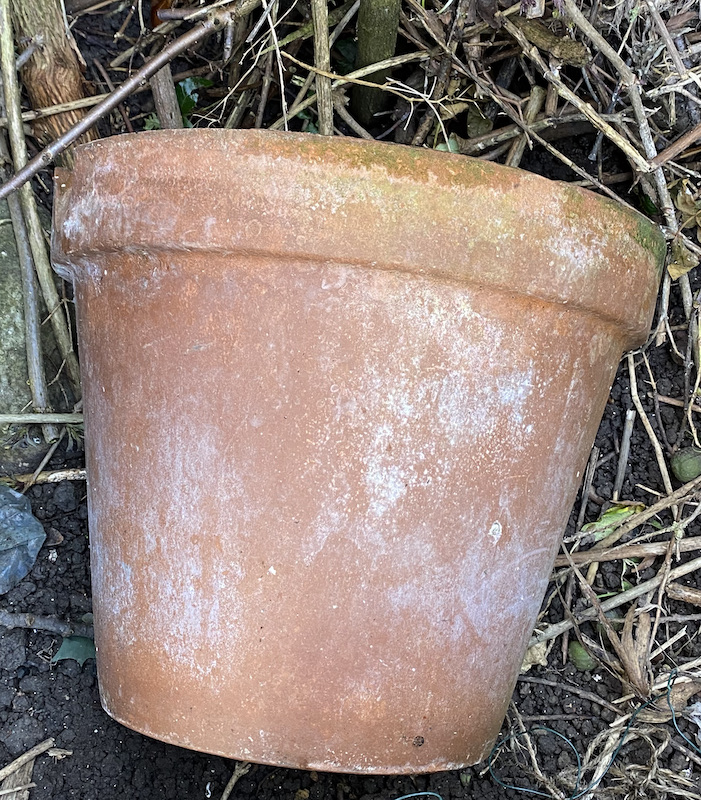 You can’t see the pot these plants are growing in. As they are for marsh or bog the large plastic container has no drilled holes to let water escape and it stays soggy enough to suit them… judging by their appearance its doing the job. 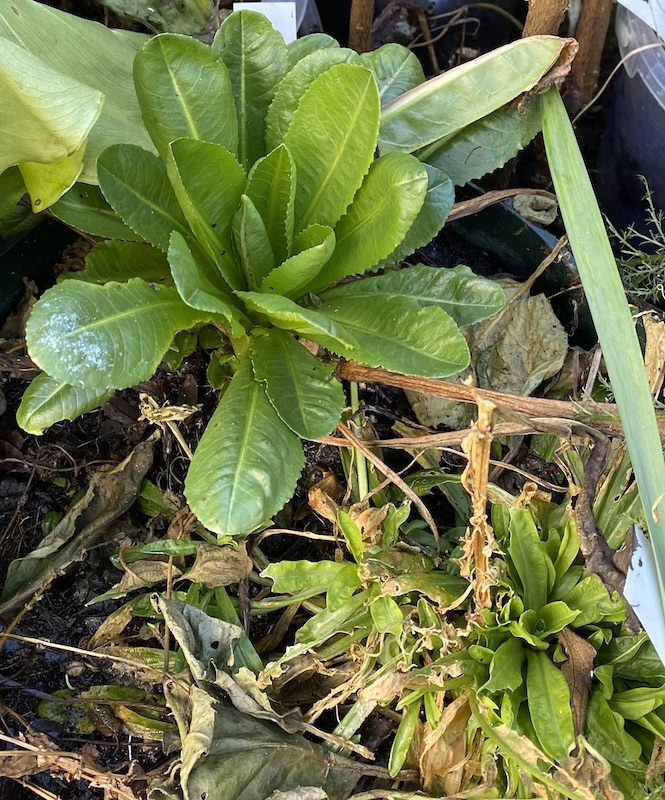 I’m hoping the current blow is mild as there are more and more signs of spring growth, especially where I have trimmed off the frost damaged leaves. Having to cut back heavily plants, which we have often left untouched for years, is not a bad thing per se. Some plants will welcome this and put on much new growth. Others will never recover… all part of the cycle of life. 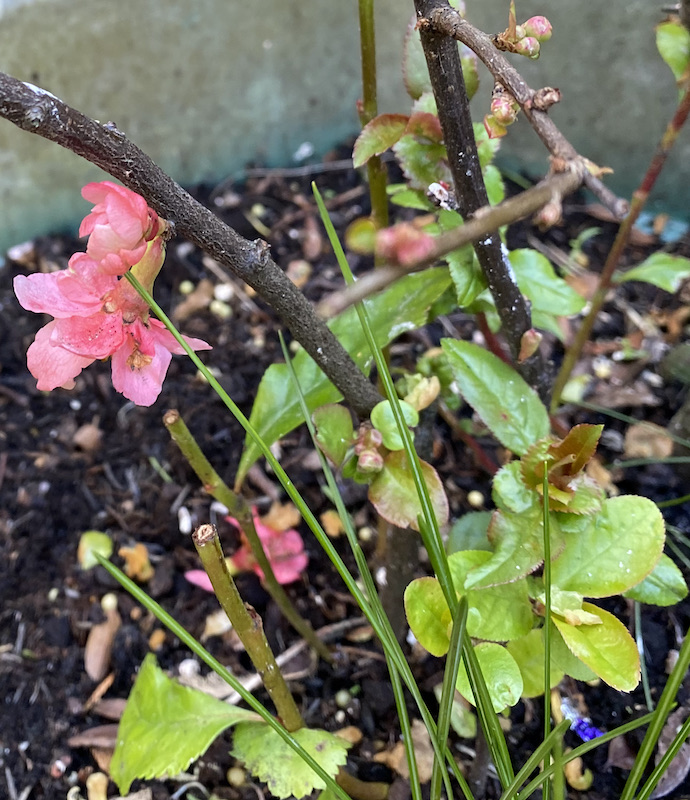 Fresh leaves, buds and blooms on this dwarf quince