Because of the special nature of this year and much more time spent in the garden I have done what is always recommended… deadheaded. This not only involves snipping off individual blooms that have died but also cutting back whole or partial stems where the flowering has ‘gone over’. This campanula had finished and the flower stalk cut some weeks ago and the reward is a second flowering. 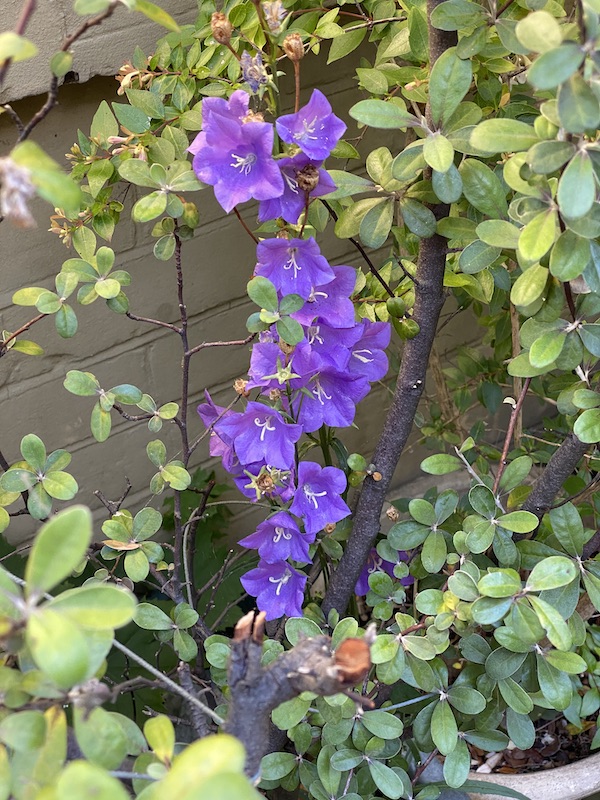 This plant is new. It has expanded four fold from the plant bought in May and it flowered with three or four flower stalks and, when they had died I trimmed them off. The result is the profuse second flowering.

This ‘whirligig’ Osteospermum flowered on straggly over extended stalks with lots of dead foliage. Afterwards I cut it back radically to a few very short stems which showed the first signs of new leaf growth. You always feel like you are taking a chance and, indeed, some never recover. But this is a great example, a few weeks later it had flourishing leaf growth and is now rewarding our care with loads of buds and flowers. 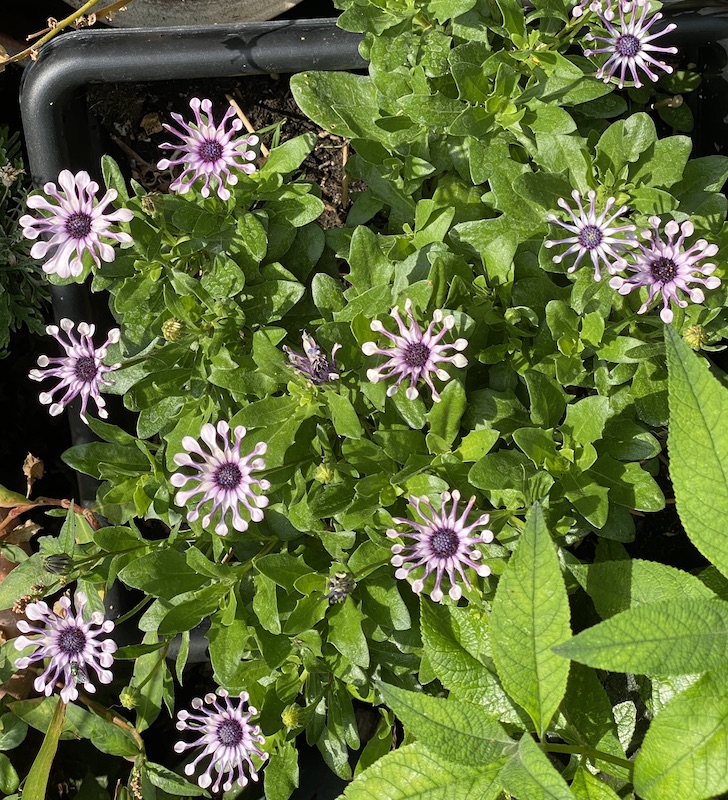 Here’s another osteospermum completely deadheaded but with heaps of buds ready to burst unto purple flowers. 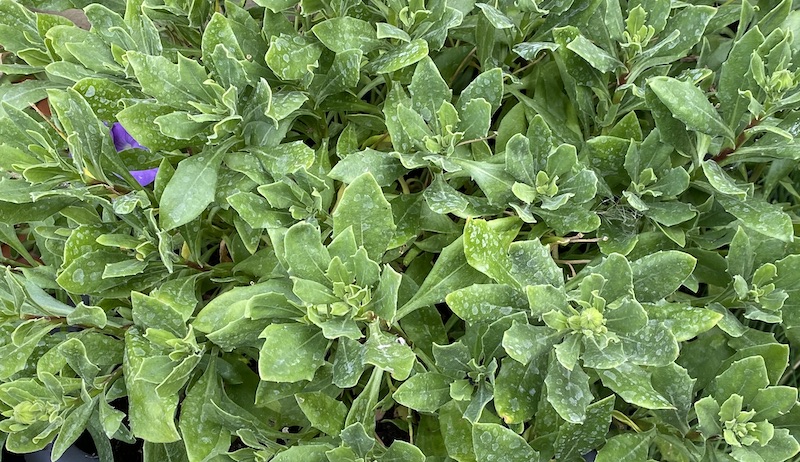 And another – three plants in one por all of which have gone from profuse flowering, then deadheaded completely and once again showing a profusion of blooms. 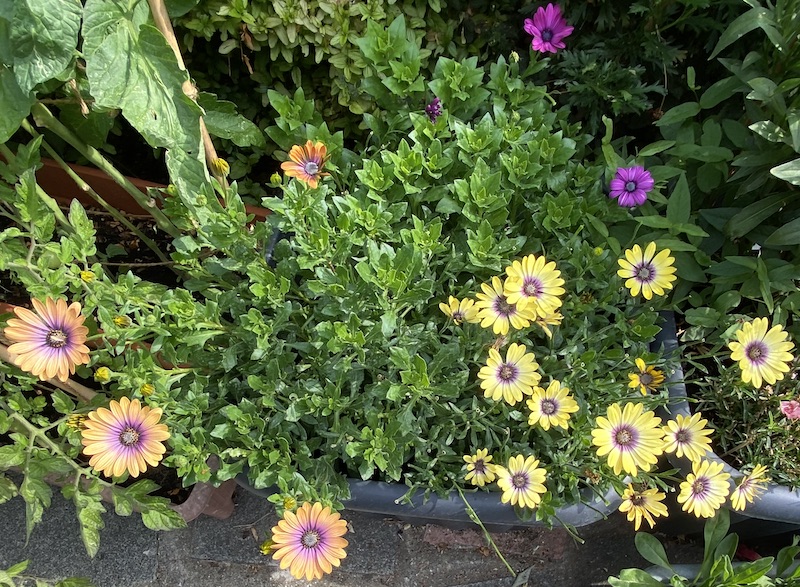 This coreopsis has been flowering non stop since early June because we deadhead constantly. 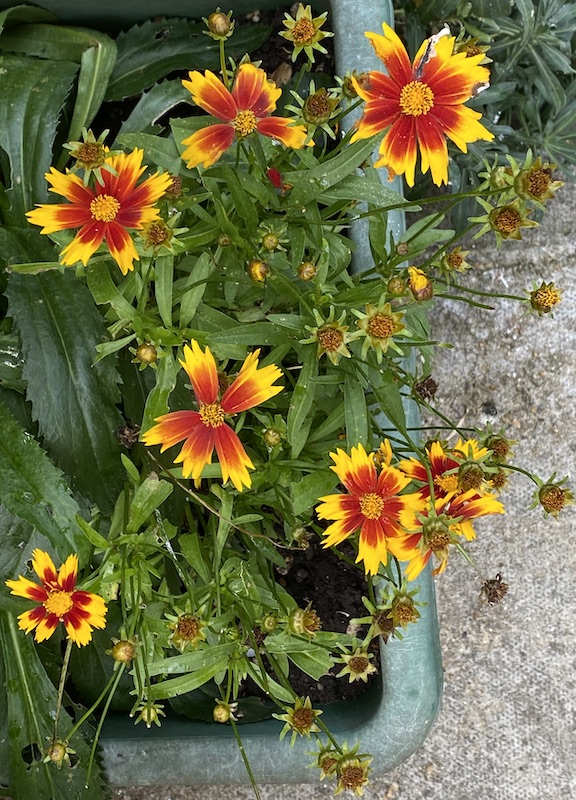 It’s not just perennials that benefit… its even more important with annuals like this scabious as once the flowers go to seed no more will be produced and the plant will cast seed and die.  In our corner of the southeast many annuals like this do not get hit by frost and live on the following year. 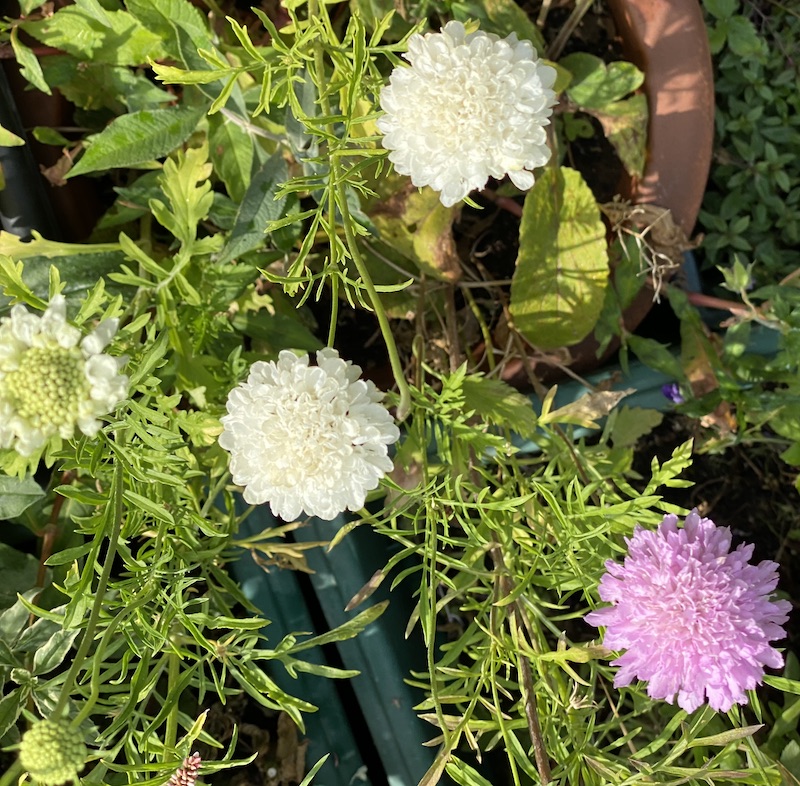