Over a number of years I’ve driven past some oaks in a field not far from Stodmarsh National Nature Reserve. I always take a look as, in the past, one could often find a little owl roosting there. Sadly, its been a while since we saw him. However, there are a number of oaks in the filed, several are completely dead, but still standing. One had lost a huge bough where the little owl would sit. Now its companion fell foul of a storm and has been left to create new habitat. 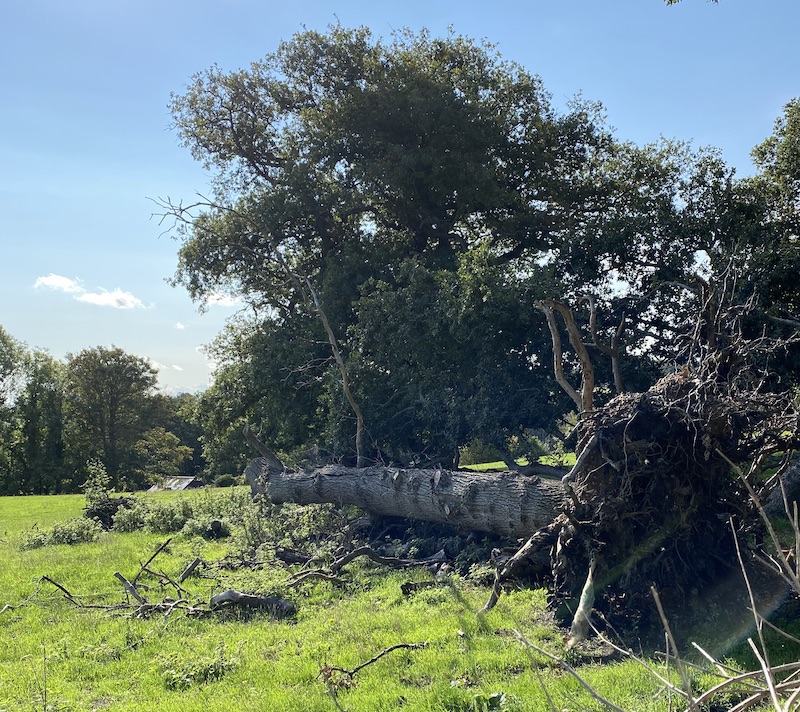 Oaks are home to more species than any other tree 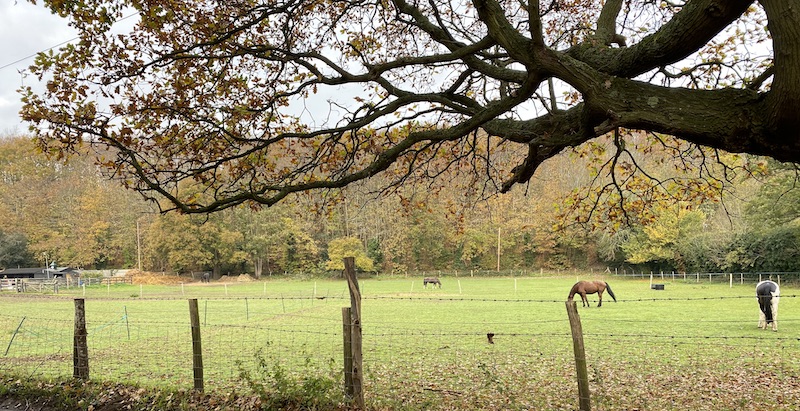 Their canopies are often very broad forming a wide area of shelter as they age.

From my observations of late oak woodland is richer in fungi too. A coppice of chestnut, by themselves seem devoid of fungi and other species like moss or trees. Oak leaf-litter and rotting wood seems idea. 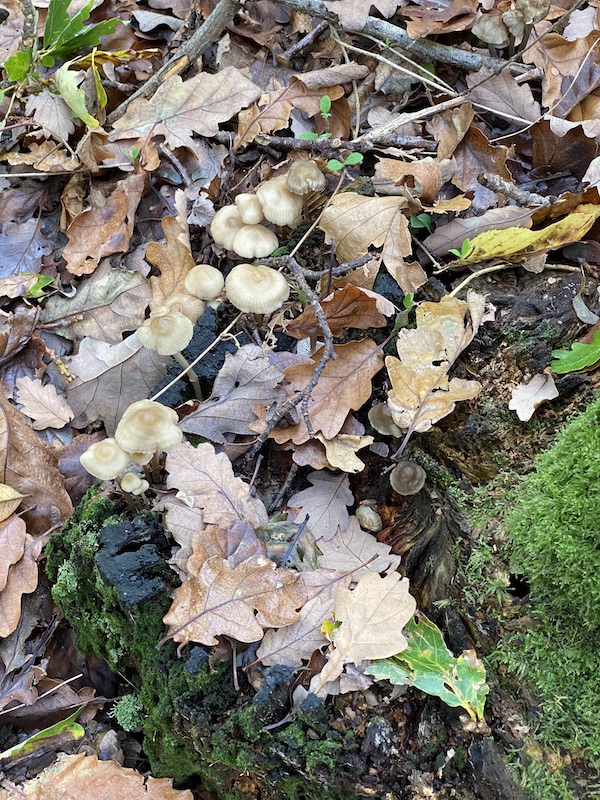