Yesterday I didn’t BLOG as I spent the day birding… something I’ve done every new year day for around three decades. Being in the highest tier we stayed local for our ‘exercise’ but it was truly astounding to see every place we went rammed with people.

First stop was to look at the sea and the rapidly incoming tide… it was pretty bereft of waders and only cormorants, gannets and one Red-throated Diver out at sea. Mind you there were hundreds of gulls, but nothing out of the ordinary… unless you count a couple of canoeists and a bunch of mad bathers. It stayed just 1 degree C all day! Were the bathers healthy examples to us all or just bonkers? 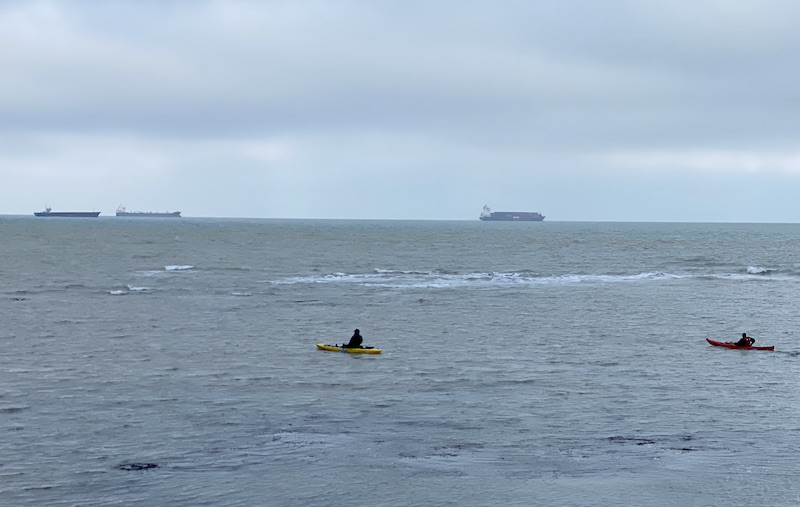 Plenty of ships out there too… I guess some anchor up while celebrating?

The birding was quality but not quantity with our lowest ever start of the year, just 56 species, no geese, no owls, not even common birds like wrens and goldcrests.

We went to Pegwell Bay, Sandwich and around the back roads home. Nice to be out even in the cold… but with just a light breeze I guess the temperature was never much below freezing.

I didn’t take many pictures, too concentrated on getting birds ticked off… just this one of the bare bones of a tree. 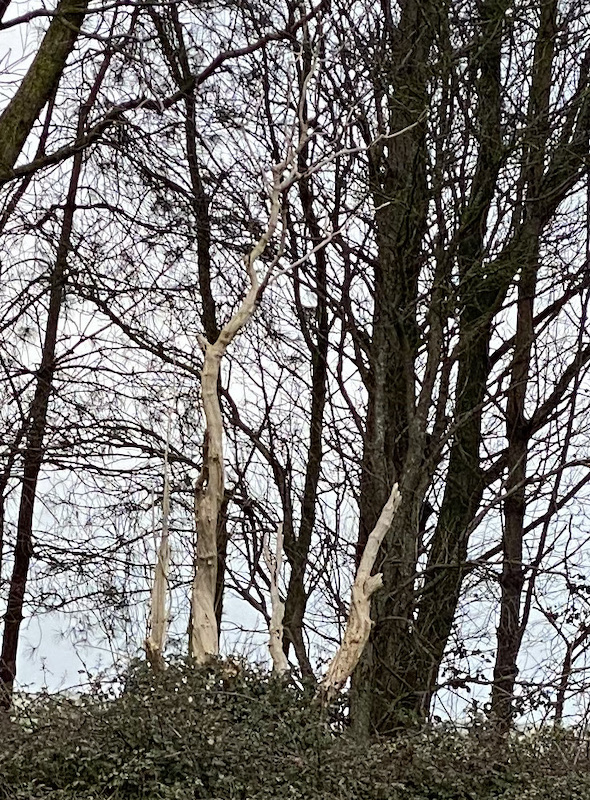 It was the first outing for my new scope which is awesome, especially when looking out to sea. However, it did show up the shortcomings of my tripod!