Froghoppers are part of the Hemiptera insect order that includes cicadas, shield bugs and aphids. Certainly, their resemblance to shield bugs is clear. When I photographed this one I assumed it was a late instar* of a shieldbug. They are the insects whose nymphs secrete ‘cuckoo spit’ on plants. This stops it from drying out, but also protects it from potential predators. 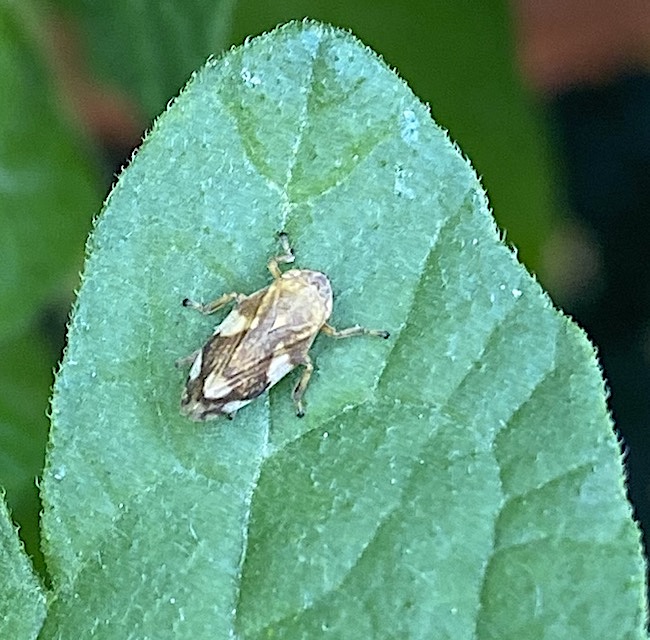 The appearance of this species is very variable with plain black or orangey brown the commonest as well as these more patterned ones.

Aphids are regarded by gardeners as another scourge to be eradicated. Greenfly and blackfly can overwhelm some plants and some seem particularly attractive. Blackfly definitely like nasturtiums and elderberries in our gardens and we see them on each tender growing tips at times or underneath fresh young leaves. They suck sap from the stems. 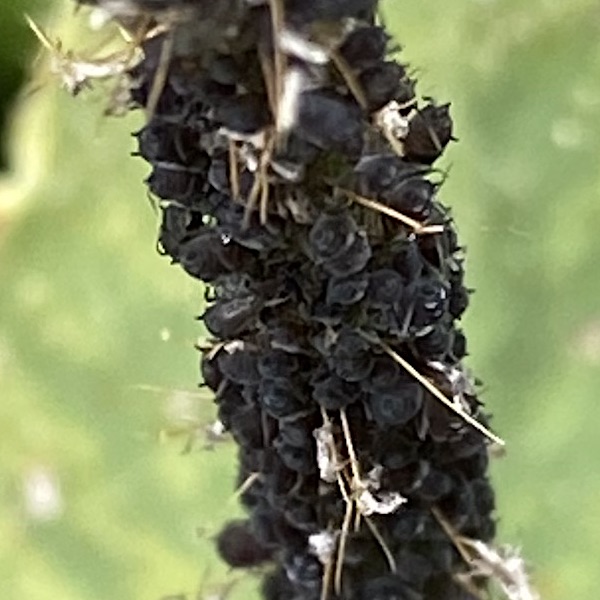 Interestingly they give birth to live young rather than lay eggs and some eventually take wing. In adulthood, before the winged stage they have long light-coloured legs and antennae which are long too… these are apparent above where young and adults cluster together. At this stage they are all female! The winged insects move to different host plants in Autumn where both males and females are produced which mate and lay eggs that overwinter. They excrete honeydew as they feed which is a favourite food of ants. In turn aphids are the food of ladybirds.

*Instar: A developmental stage of arthropods and between moults in their larval forms… some insects go through a number of such stages and in some the appearance of each is different at different stages before they become adults in their final form.