We decided we need a change of scene so went to look at the sea. Joss Bay was crowded – sun seekers had filled the car park, or rather that part not already being used informally by some ‘travellers’ and their caravans. The sea was a flat calm, azure mirror on which sat some loafing gulls and virtually nothing else. So we drove up Elmwood Avenue where we say no migrants. However, the hedgerow next to the golf course had lots of patches of flowering ivy plants, so I took a look to see if there were Ivy Bees. Indeed, they were their in force so I set about taking pictures to check their ID later. 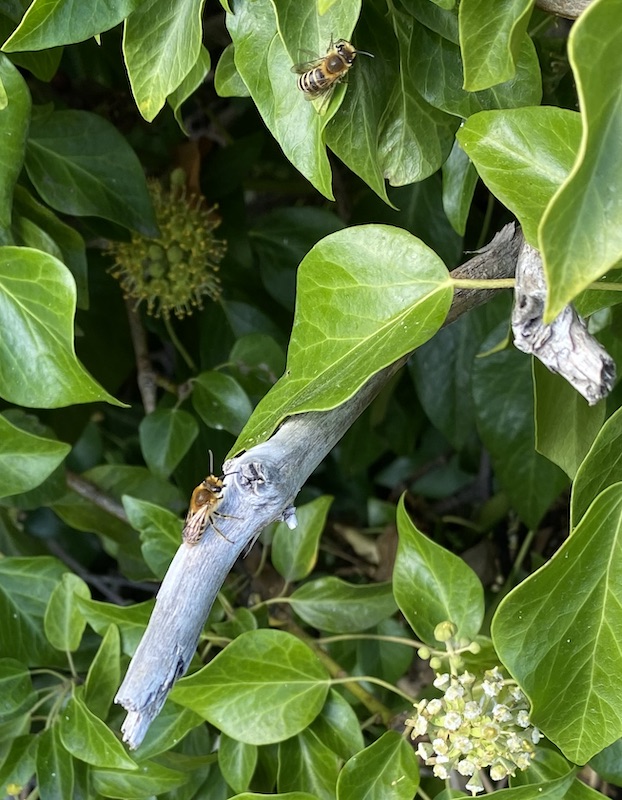 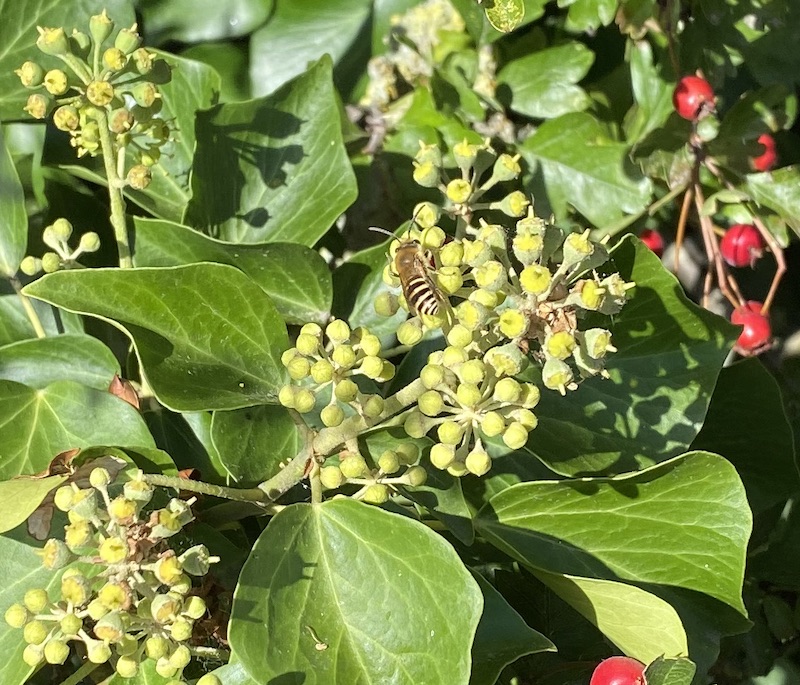 Apparently, they are a quite recent colonist (discovered in Dorset for the first time in 2001) and found mostly in southern Britain and are a type of plasterer bee. The small family they belong to make them fairy hard to tell apart but their distribution helps pin them down.

Males and females differ, with the female having a wider and more pointed abdomen. When fresh they have an orangey hue and bold deep yellow bands, but these, and the hairs fade over time. 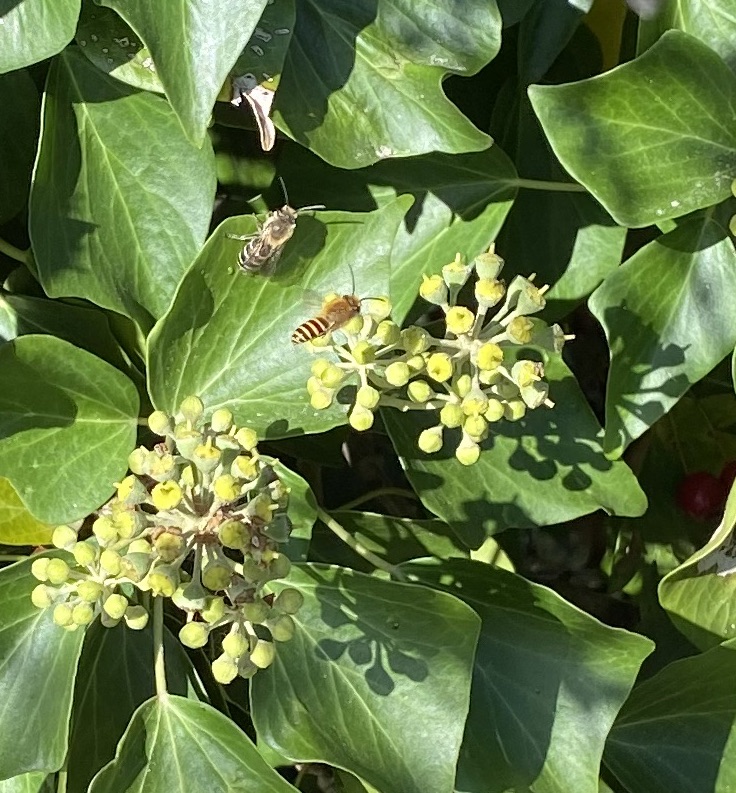 We are hoping they become established and use the ivy in our neighbour’s garden and pop over the fence to delight us.