I’ve been trying to ID these fungi for ages. Whenever I put their picture in a fungi ID app the result was a number of species that were similar, but not exactly the same. As often happens with such things, today I came across them by chance and am almost 100% sure I have them right! One of the most stunning I’ve seen Maggie spotted these from the corner of her eye as we drove past really close to home. They are growing on what is left of a beech tree, among a small copse next to a church. We turned around and parked up to get photos. From below the whole fruiting body looks pink, whereas, in fact, only the gills are… the rest being porcelain white and shiny.

Interestingly, the fungi exude a fungicide! This deters any other species from growing close by. They are almost exclusive to beech trees. 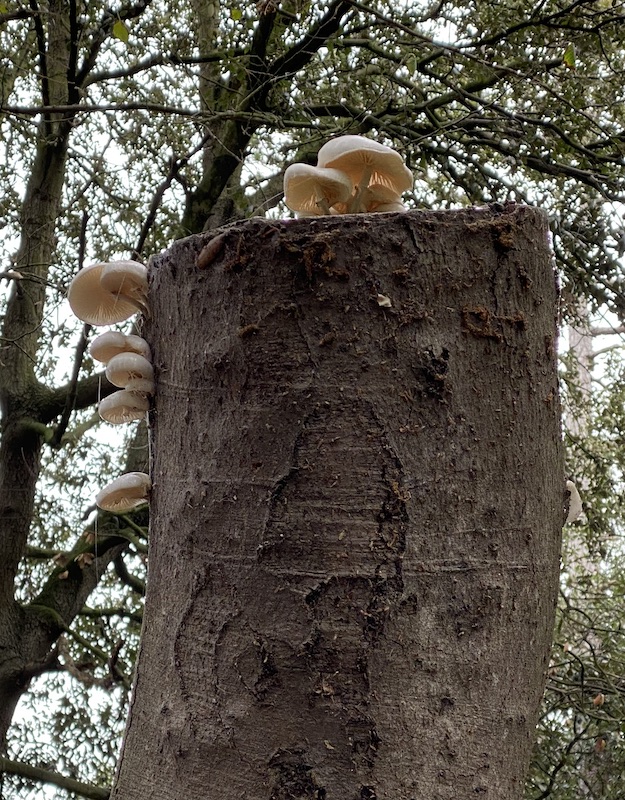 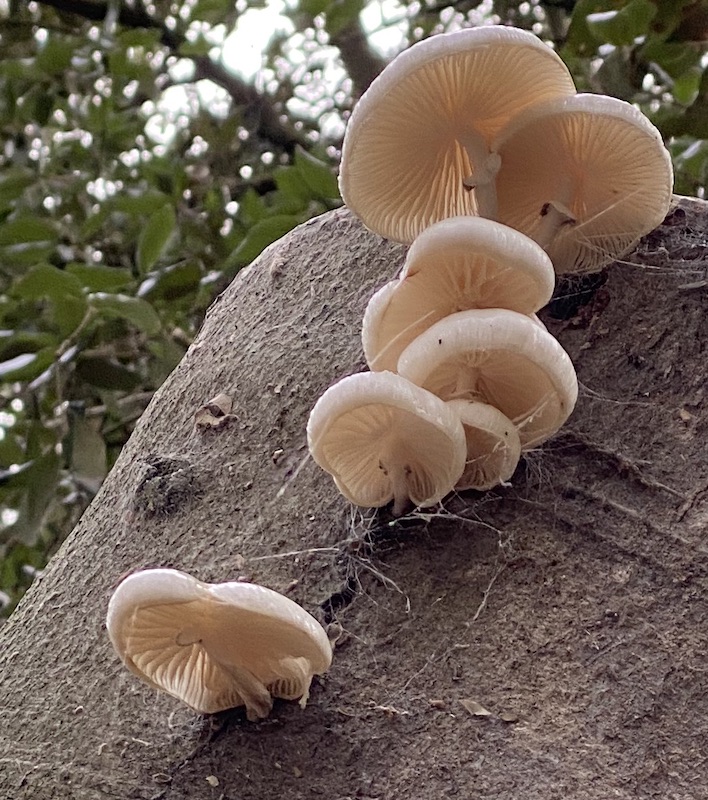 Around me the hedgerows are already looking denuded as the birds tuck into to Autumn’s fruit crop. Our pyrocanthus has a pattern where every easy to reach berry has been stripped while the rest await the clever attention of blackbirds. Around town bare patches have appeared where fieldfares and redwings methodically strip every berry as if the object is to turn the hawthorns from bright crimson red to dull dun brown. 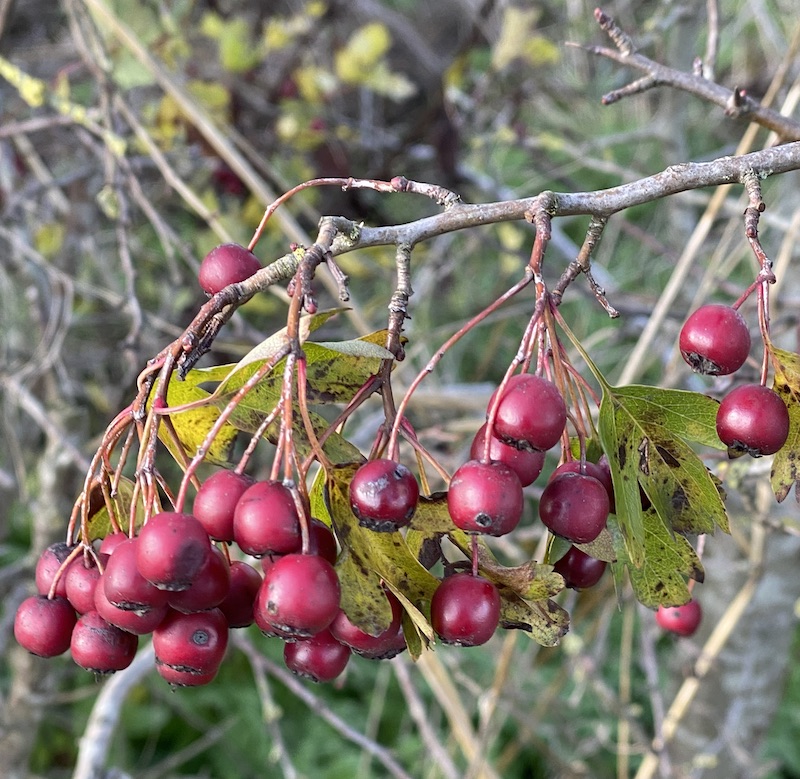