I hesitate to raise this issue because it obviously pales into insignificance compared to the government’s handling of the coronavirus epidemic and the scandal of half the deaths occurring in care homes. It is nothing compared with the Black Lives Matter campaign against the violence going unchecked against people of colour and, indeed the disproportionate number of BAME victims of Covid-19. I raise my voice in protest for these and other ongoing assaults on decency, humanity, solidarity and liberty as well as the ever-destructive acts against Gaia causing extinction, pollution and environmental disaster across the globe. Of course, I put suffering humanity and ecological impoverishment above my petty concerns… but it doesn’t stop me being angry about trivia too.

Every day, a creature of mundane habit, I have the same breakfast. Two slices of buttered, wholemeal toast with a scraping of vegan mayo covered in sliced tomatoes peppered with, well, pepper. Given my other meals this is a pretty healthy start to the day. 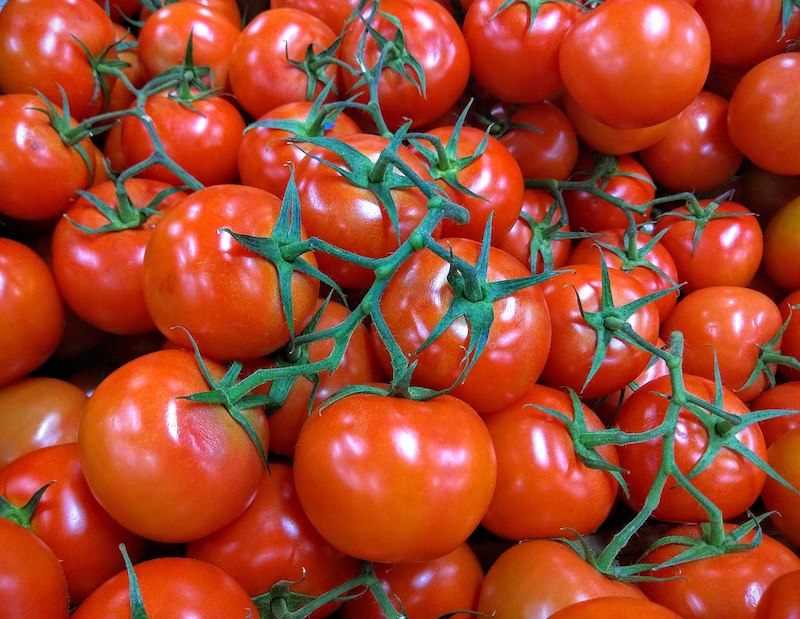 I want to taste the bread, the piquancy of mayo and the nose-curling pleasure of ground black pepper. But over and above this I yearn for the full fruity flesh of a ripe tomato triggering my digestive juices with its promise of summer.

But that is NOT what I get!

There are, to my certain knowledge dozens, if not hundreds of tomato varieties from diminutive cherry ones, to massive beefsteak ones, middled by canons of plum, heritage and sugar drop. But what do the supermarkets sell? They sell ‘vine-ripened tomatoes’ as if that is some sort of variety instead of tautological rubbish. Tomatoes grow on vines hanging from their sturdy stalks. If you don’t pick them too soon the are, ipso facto, vine-ripened. Whenever I order toms from the supermarket I am confronted with descriptions of size like ‘cherry’ or ‘beefsteak’; shape, like Italian plum or the ubiquitous and meaningless description of how they are grown. Occasionally, VERY occasionally one is offered a variety like ‘vittori’ or ‘sugar drop’.

Do we get offered ‘pod grown peas’? Of course not, all peas grow in pods. How about ‘stalk grown Brussel sprouts’? Don’t be ridiculous!

Oddly most tomato seeds and tomato plants are from an extremely limited range too with the ubiquitous and bland ‘money-maker’ being the bulk of the offerings. (Another example from our daily lives that ‘money matters’ more than anything else!)

As consumers do we want to be offered ‘tree-grown apples’? No we want ‘granny smiths’ or ‘gala’, ‘pink lady’ or ‘Braeburn’ or even, heaven forbid, ‘golden delicious’. So why do we just get offered nonsense tomatoes?

I want to start my day with a sweet and delicious tomato but instead I get bland. It’s juicy, it’s beautifully red and neither of those things affected its taste. I insist on my right to choose flavour!