When we first moved here one corner was occupied by a lean-to extension to the shed and a massive tree stump. As there was nowhere else we could have full-size small trees we removed the stump and took away the lean-to and planted a Morello Cherry, an ornamental Maple and to Mock orange bushes. All have done well. A little later we added a small Fig. Last year we decided to use the corner for all out large wooden and twiggy prunings, so that we would have a rotting wood heap for invertebrates. The adjacent border in front of the shed we planted a Pyrocanthus and an Abelia. 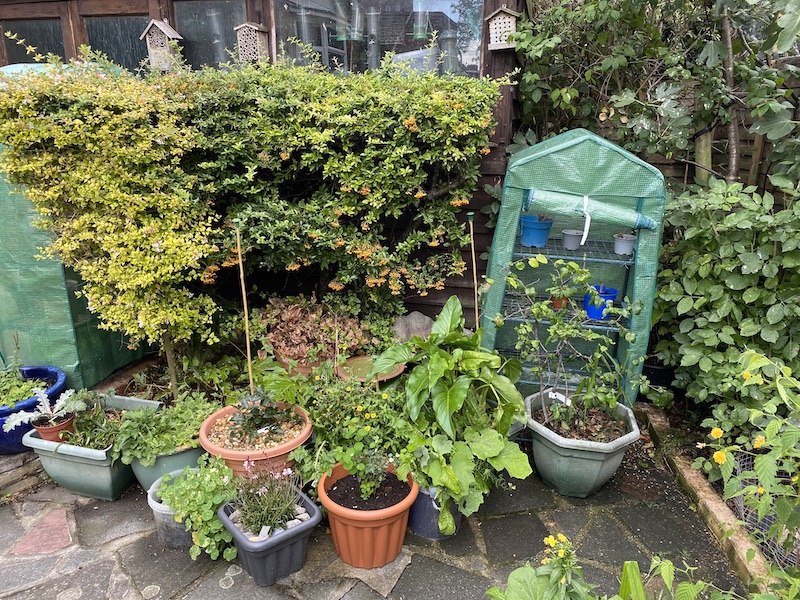 The bushes needed trimming to allow light into the shed and everything else needed a clean-up so we set about that and a bit of re-modelling. 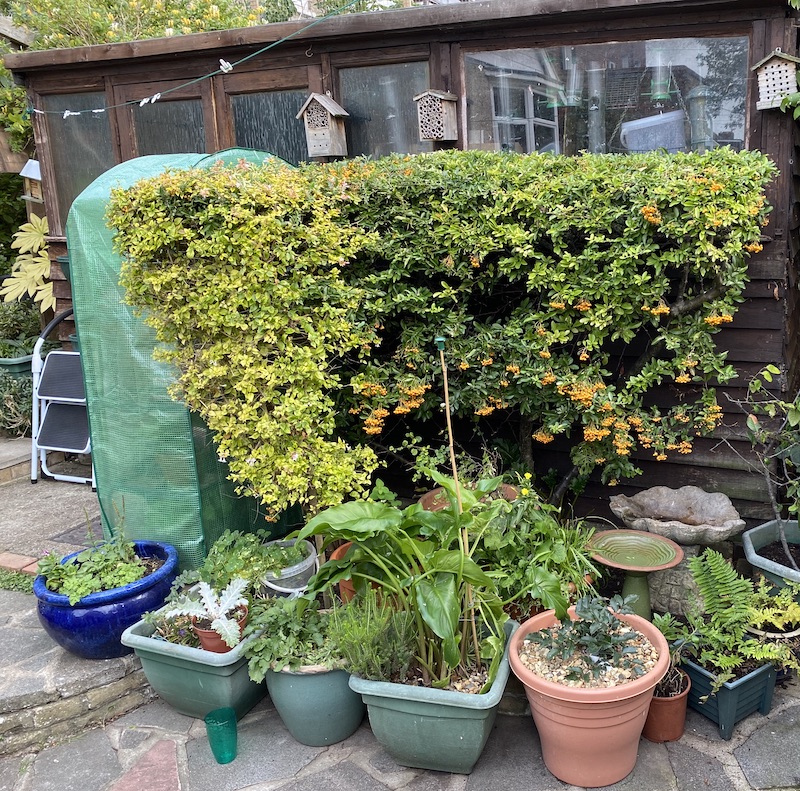 The mimi-greenhouse was assigned to the garage for winter and we took a look at ‘tree corner’. Over the years the trees and bushes have grown up and were spreading branches over the shed and banging up against it in high winds. The fig had all-but disappeared behind overgrowth and some self sown cherry trees and elderberries. Maggie puts some food on the ground there too for robins and the thrush family and erected a barrier to stop it being pilfered by a nosey Herring Gull. We decided that we needed to trim the trees and re-stake them and thin out the self-sown intruders. At the same time we pushed back the trimmings heap a little and stacked upright the larger boughs. Judging by the number of frogs we came across the wood pile is achieving its aim as an invertebrate sanctuary. 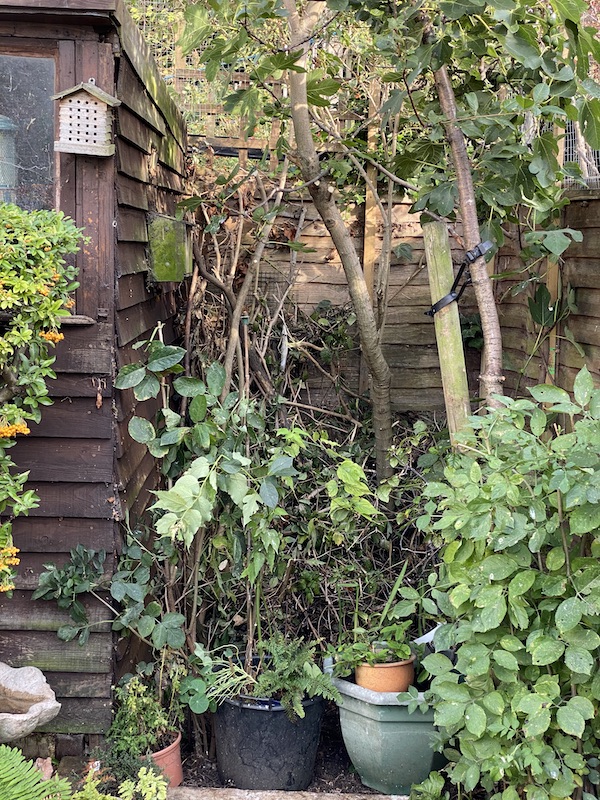 Now the branches no longer bash the shed, more light has been let in and the full extent of the fig exposed. 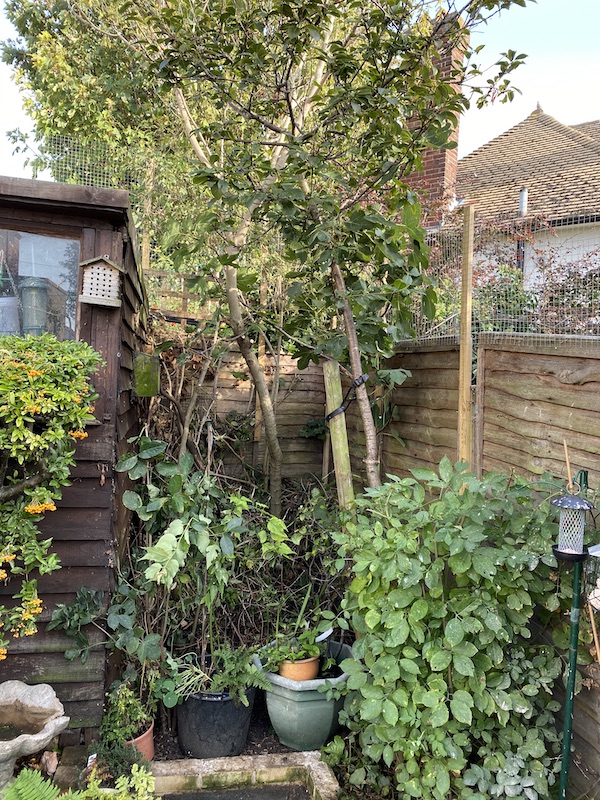 The overall effect of the day’s work is a lighter area where more plants can flourish and yet allows as many invertebrates to inhabit it and more frogs to frolic. 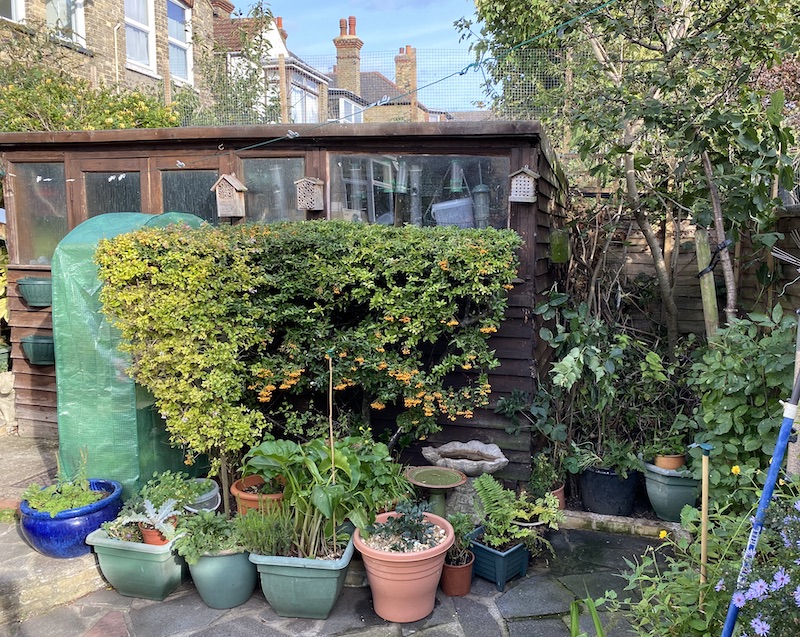