Normally when we chase wild geese we are being literal. In yesterday’s case the search was for fungi. It was fruitless (no pun intended). Our location was a small wood on a reserve that looked ideal for fungi. There are wood piles deliberately left to increase invertebrates and provide cover for birds. We were also looking for migrant birds so thought it would be a good place. For birds it was, although there were very few birds about, apart from this incredibly confiding Robin. 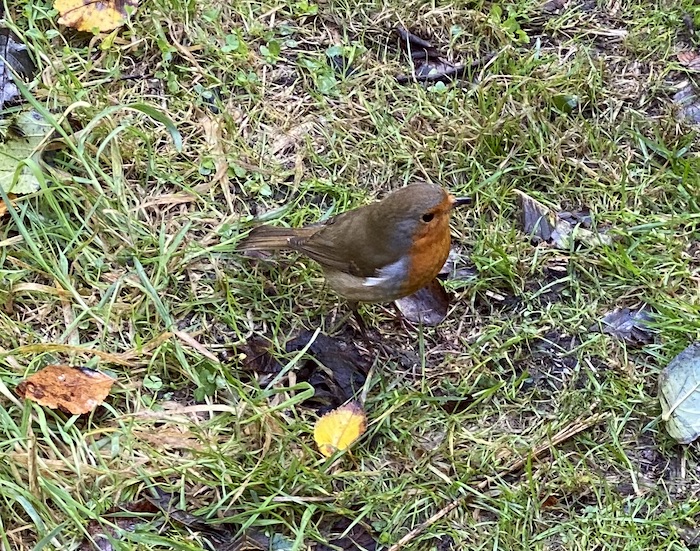 However, there was one small flock (six?) of warblers moving busily about. The majority were Chiffchaffs, but Maggie noticed a strong wingbar as well as a prominent supercilium (a stripe above the eye). I had wondered whether it was a ‘crest as it was a little smaller than the chiffchaffs but I only saw it in silhouette, so could not see any of the ID features. Thus a Yellow-browed Warbler was added to our year list. Later a posting confirmed that there had been two Yellow-browed Warblers in the wood that day. Its always nice to get public confirmation 🙂

Out on the rest of the reserve there was a steady passage of low-flying hirundines… most were House Martins but there were a few Swallows too. Otherwise, it was ‘quiet’ with common resident birds apart from a lone, but strikingly marked, Whimbrel.

The good thing about taking a wider interest in nature is that, whatever your target, you are not disappointed as there are always other parts of nature to delight.