You wait for one bus…

Anyone who has been in a bird race or who keeps a year list will know that once you’ve waited ages to see a particular bird, as soon as you do you see lots more. Turns out it’s the same with Red-tailed Bumblebees. Having not seen one all season and then chased one al over the place trying to get a picture they have been the predominant species now. Several, very obliging individuals today. 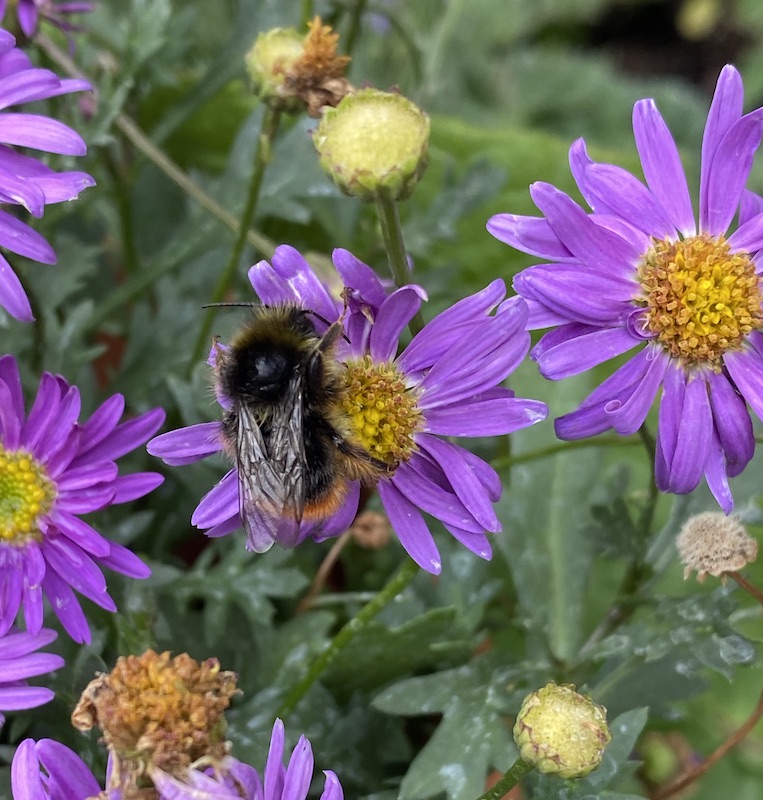 This one appeared to be taking a nap… or maybe just staying out of the wind. 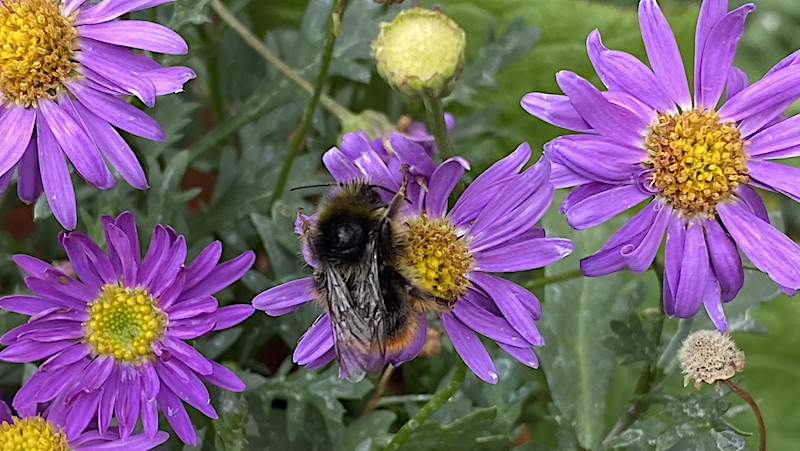 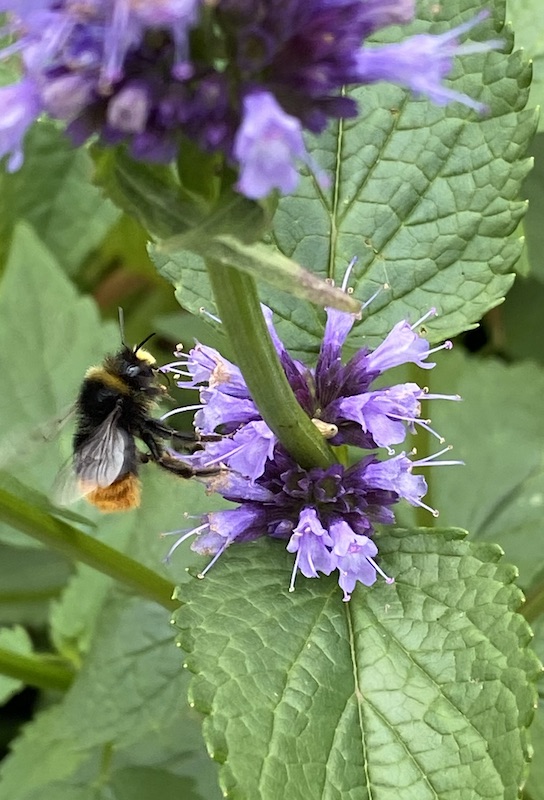 This guy, a different individual was sipping from a salvia. 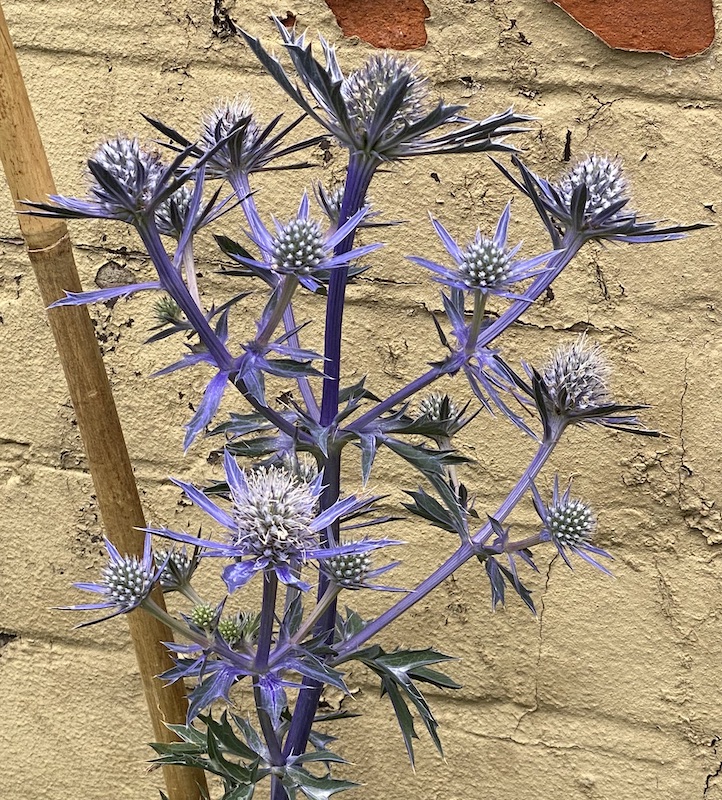 I continue to be fascinated by this variety of Sea Holly… the stems have continued to turn deep purple to match the flowerheads.

There are a number of St John’s Wort species or varieties that have self-sown. Here is one being enjoyed by a Marmalade Hoverfly. 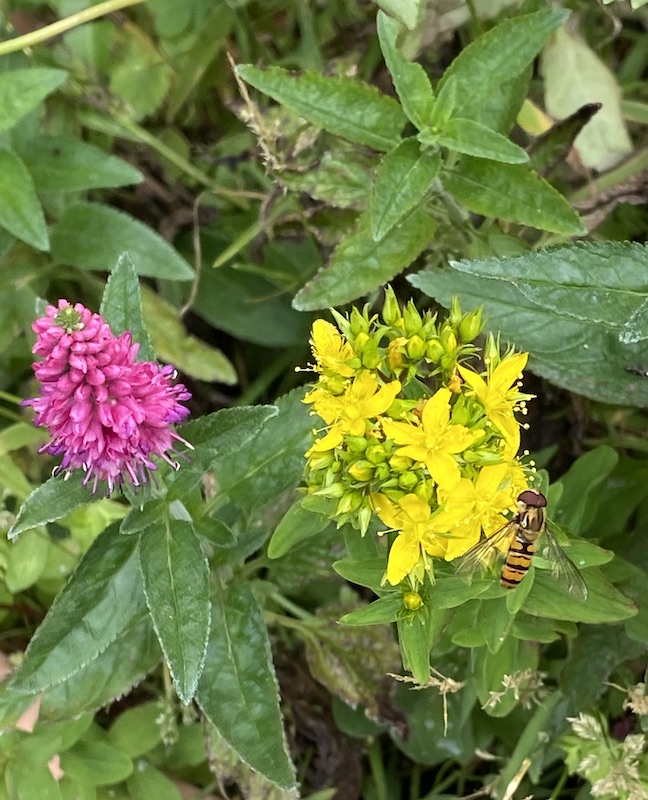