I planted a lavender bush to feed more pollinators. Last year it was a moderately successful and the spent blooms ended up in a pale in a bathroom cupboard where they still broadcast summer scents. But I am now doubting its parentage, surely it has elements from the triffid genepool? 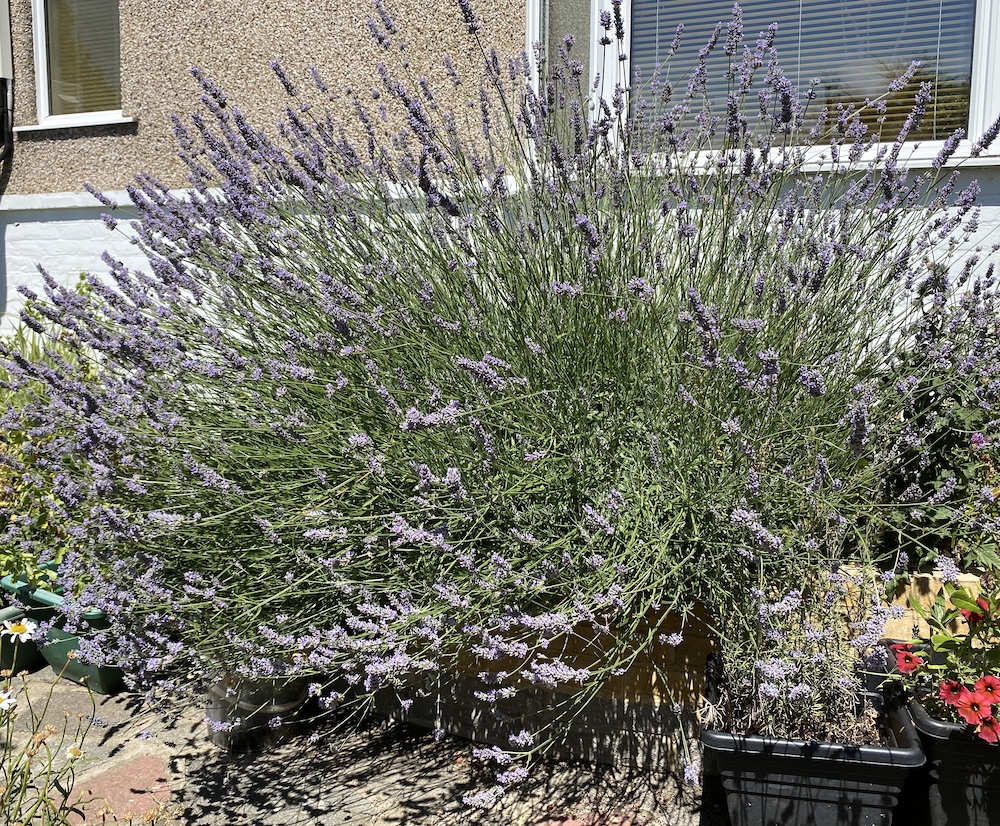 It is in a raised bed, but even reaching above my head at full stretch the tips evade me and its girth rivals a baobab. Its doing its job, in spades! I counted thirty-three honey bees, five garden bumblebees, a buff-tailed bumblebee and, and I can see its point, a tree bumblebee. There are marmalade hoverflies in profusion and today, at least, two large whites, a gatekeeper and several holly blues drawn to its heady odours. Closer inspection revealed pollen-clad flower-bees and assorted flies beyond my ID skills. Hawkeye hates it, just like she can find no saving grace in any other bully boy, like the starlings who come to the feeders first and often chasing off her ‘boys’ as our sparrow contingent is known. Anything slightly cheeky, or battling against the odds are her ‘lads’. Those more muscled or prolific draw her scorn, whether it be pigeons or pushy plants.

We’ve been adding raised beds to replace containers for a couple of years partly to save our water rates and not tap into our ever-lowering water table. But in this hot and wind-dried corner we still have to plant drought tolerant flowers. Cape Daisies are pretty good at wet and dry and hot and cold, but in containers almost everything dries out.  Deep beds flourish and have allowed us to continue to serve nature and the eye with food and colour.

Concrete and ceramic have not been beetle-friendly and the one time we set out a moth trap the cupboard was bare, but now I notice more that creeps and blurs of moths when I sneak out at night to see if the frogs are taking a dip in the last dribble of the pond not clogged by Hawkeye-hated bully rushes and water lilies that are equally bad mannered.

If a critter stands still long enough for a selfie I have an ID chance, but out in the world chasers and hawkers, hawk and chase. Butterflies flutter by and bees buzz off. Yes, I love to see them, but they refuse my pleas to kick back and let me close. I stalked around a pond holding 95% of the UKs rarest damsel fly… they were dainty enough to be ticked but their big cousins were having none of it, eluding my bins like dust motes and eye-floaters.

All this by way of saying, in high summer when over-leafed trees and herb-choked ditches stop birding play, and we birders turn to other taxa, its OK but not quite the thing. I appreciate the beauty, understand there are legions of subtlety to delve, but just can’t persuade my better self that it compensates summer birdlessness.

I still prefer being in an overheated hide,  masked up to avoid infection, glasses fogged and bins akimbo to try and find something other than the usual suspects on the scrapes and pools. Broad-bellied chasers zip about among the fluff balls and anonymous chicks while I hope for an early returning wader or two. Meadow Browns bounce among the vegetation trying its unlevel best to obscure my view of the scummy puddles left by a relentless sun and only occupied by the regulars. Never mind, cuteness may not be high on my agenda, buy that avocet chick suckers-in even this old cynic. 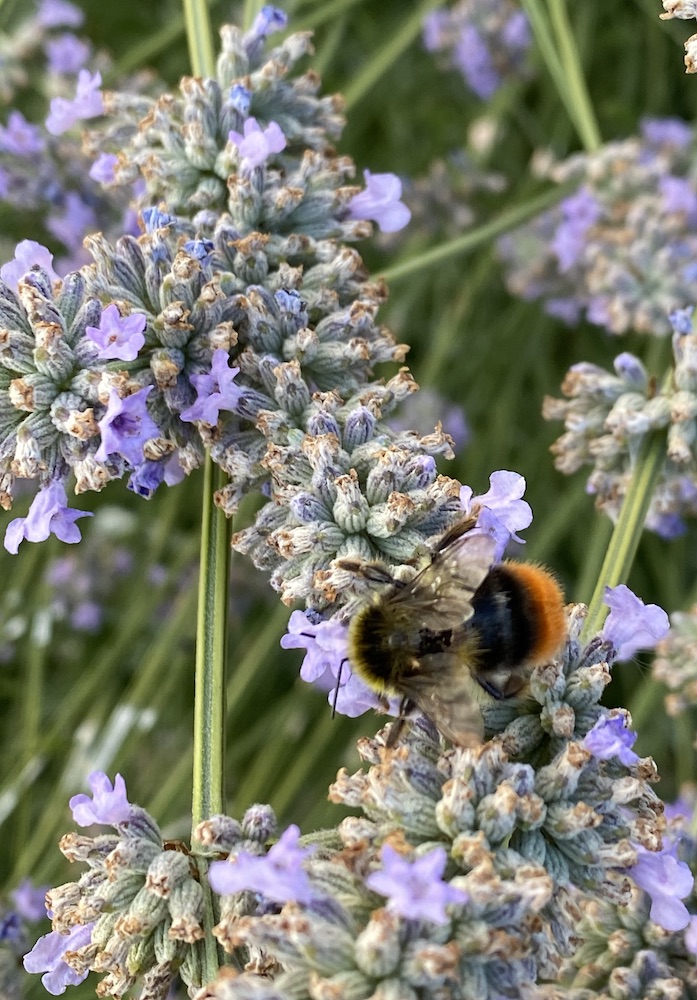