The following appeared in Tale Feathers: A Celebration of Birds, Birders and Bird Watching by Jacquelyn M Howard published in 2009

My Family and Other Birders…

There are birders who love to roam alone in wild places by soaking up nature in tranquil mode; there are birders who enjoy the hubbub of a large group helping each other out with ID and direction finding. Whilst sometimes I too seek out solitude, most often I want just enough company to share triumphs or jointly marvel at the beauty of birds. I have birded with large groups but soon miss the quiet moments when birding as a couple.

So, when I have been lucky enough to bird around the world, it has most often been with my wife or a just a few close friends. For me this maximises sharing yet minimises intrusion on nature and of other people’s intrusion on my space.

Of course, by not being entirely alone one enjoys the birds and wild places and the actions, anecdotes and peculiarities of those you travel with. This has brought me closer to my wife, my son, and to friends new and old, giving us common ground for birding reminiscences when its too dark or the weather is too foul to be out in the field [is it ever?].

A friend of just a few years, Brian, and his wife Joanne have now been to some pretty exotic places with my wife and I; as far apart as Canada and Mexico, Australia and Kenya, India and England, South Africa and Singapore. Brian had polio as an infant so has never walked unaided and, since his teenage years has been a wheelchair only man. But this hasn’t stopped him building an impressive world list and even managing to get to some inaccessible twitches at home. The price paid is loss of dignity but, after nearly seventy years of being looked down on, he is prepared to sacrifice a lot in the pursuit of a new ‘tick’. I have a terrific picture of him in India—we had arrived at a birding spot to find an impassable kissing-gate—not exactly wheelchair-friendly. To get to the stream and woodland beyond we had to somehow get by. So in my photograph you can see Brian, in his wheelchair, held aloft by some very helpful locals as they teeter through the gate with him as their prize. He once told me that he is happy to be picked up, thrown into the back of a 4×4 face down in the grime, if it gets him where he needs to go!

For Brian the tick is everything, as I know from experience in Singapore. We were outside of our beautiful air conditioned hotel one very sweaty afternoon, waiting in the 100% humidity and 100 degree heat to be picked up for some dusk birding with a local expert. As we waited an Oriental Turtle-Dove was overwhelmed by heat and dropped from its perch in the portico, struck Brian a glancing blow to the head, bounced off his shoulders and hit the pavement. Brian looked down at the bird, and then looked up at me and said “I think it twitched before it expired, so can I tick it?”

I got to know my son better when we took him on his first overseas birding trip. He was delighted with the birds of the Iberian Peninsula – so many birds, which only very occasionally and accidentally are seen in the UK are commonplace there. He was still a teenager and careful around his father and stepmother until we were driving along an avenue where storks nested on every power pole. He suddenly shouted a very rude word at the top of his voice which made me brake …he could not get out any other words, just pointed behind him, so I reversed until he waved for me to stop. In a storks’ nest sat a huge Griffon Vulture, a lifer for him, and our closest ever encounter; near enough to count the feather lice! Ash relaxed as he found he did not need to restrain his language as neither Maggie nor I can be offended by anything said.

He got to know me a little better when we drove down to Gibraltar. We took the cable car up the ‘rock’ to see the apes and also watch for soaring birds crossing the narrow strait between Europe and Africa. A very pleasant afternoon was followed by a descent on foot, for a while made the better by a close encounter with a Blue Rock Thrush. At one stage we had a dispute about the right road and Ash went one way and I the other…somehow we never met up again and I took the cable car down to find that he had not. I turned back to the cable car to find that the wind had got up so they were stopping the service. “But you can’t” I cried to the cable car man “my boy’s up there!” The guy said he would go back up and see if anyone was left at the top and asked for my little boy’s name …not wanting to admit his age I just told him it was Ashley, so when he got up there he asked the assembled passengers if anyone had seen a small boy called Ashley as his father was waiting to meet him at the bottom. The glare I got from my six-foot tall son when he arrived could have melted the rock its self.

Birding in out of the way places has real dangers too and getting parted from one’s travelling companions can be cause for concern. On a trip to Poland with my oldest friend we spent a lot of time trying to track down an elusive potential lifer—the Hazel Hen. I and the guide had a brief view of one flitting across a road but, in nearly two days of travelling the tracks through the forest neither Maggie nor Andy had connected. Whilst my better half can be philosophical about dipping out, my oldest friend and rival cannot. He was determined to see one. At one place we stopped to walk a little way into the woodland to see if we could get a view. It is marvellous primeval forest with a carpet of white anemones in spring and hushed but for the odd bird song. Maggie, the guide and I started to retrace our steps but Andy pushed on just a little further. After 15 minutes waiting by the car we began to wonder if he was lost, after half an hour we were worried and after 45 minutes we started hallooing, sounding the car horn and whistling to no avail. A full hour after we last saw him we got a distant glimpse of Andy appearing on the road at least half a mile away. He nonchalantly stopped to light a roll-up cigarette and start to saunter towards us. It was days before he admitted to us that he had indeed become totally disoriented but had determined that if he kept going straight he must eventually hit a logging track and could follow that back to safety…we hadn’t the heart to tell him that dozens of German troops had been lost in this forest during WW2 …and not all to partisans!

My sister isn’t a birder but did once take me to Tiri Tiri Matanghi, a little piece of heaven in Auckland Bay, New Zealand; an island cleared of introduced species and encouraged to regenerate. To this mix have been added rarities that are at risk on the mainland. The birds are generally very tame and by ‘pishing’ one can attract them and sit like an antipodean St Francis of Assisi surrounded by Fantails, Whiteheads, Saddlebacks and Tomtits. One resident of the island is a particularly territorial Takahe—a type of giant gallinule. This particular resident repaid my sisters kindness by getting up close and personal. We were resting next to the gift shop having a cup of tea while seated on plastic bucket seats that had large holes in the seat to allow the rain to run off. The Takahe walked under her chair and goosed her with its very large chisel-like beak! Scalding tea went everywhere but the only harm done was to my sister’s dignity.

Of course my most frequent birding companion is Maggie my wife or, as I call her, ‘Hawkeye’. She is a very enthusiastic world birder, and any lack of ID skill she might have has been more than made up for in spotting prowess – ask anyone who has met her. No one can spot raptors soaring at 10,000 feet or crepuscular wrens in the undergrowth better than Maggie. Together we have visited Australia three times and, one way and another seen more than a dozen Wedge-tailed Eagles—but not one was spotted by me! This is true for three quarters of that continent’s raptors! I did make up for this by spotting one bird that made us a new friend. Roy Sonnenberg is a brilliant birder, ornithologist and guide living in a Brisbane suburb. After he had taken us out for a day and found us more than 100 species I made his day by getting him a new patch tick as we drove into his neighbourhood, a White-throated Nightjar catching moths in the floodlights of the local Aussie Rules football club! The next day he more than repaid this by perfect timing, just getting us to a viewpoint as the sun sank leaving a flaming red glow as a the hunter’s moon rose to form the backdrop to hundreds of thousands of flying foxes leaving roosts to go find their next meal.

Whilst Maggie and I have seen over two thousand bird species together what I remember most are evocative sounds when birding. The sound of a frog chorus at dusk by a small marshy pool in Kenya; the haunting calls of gibbons in the mists of early morning in Thailand; and the howls of Golden Jackals surrounding us as night fell in Bharatpur, India come to mind. These magical shared moments, from the banshee-like night calls of Tree Hyrax in Kenya to the totally stunning colours of Scarlet Ibis at Caroni Swamp in Trinidad, are what birding is all about. 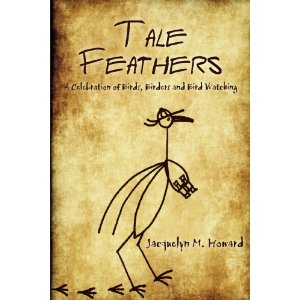