A Bevy of Beauties

As I write the wind is blowing at around 35MPH… I cannot ever remember such strong winds in June. Two days ago, the thunderstorm was beset with even stronger winds bending the trees and making it feel like Autumn not early Summer! Insects are hard to find and harder to photograph; the birds hunker down or make mad rushes to the feeders and even our robbing squirrel found it hard to cling to its favourite feeder. So, some flowers currently blooming. 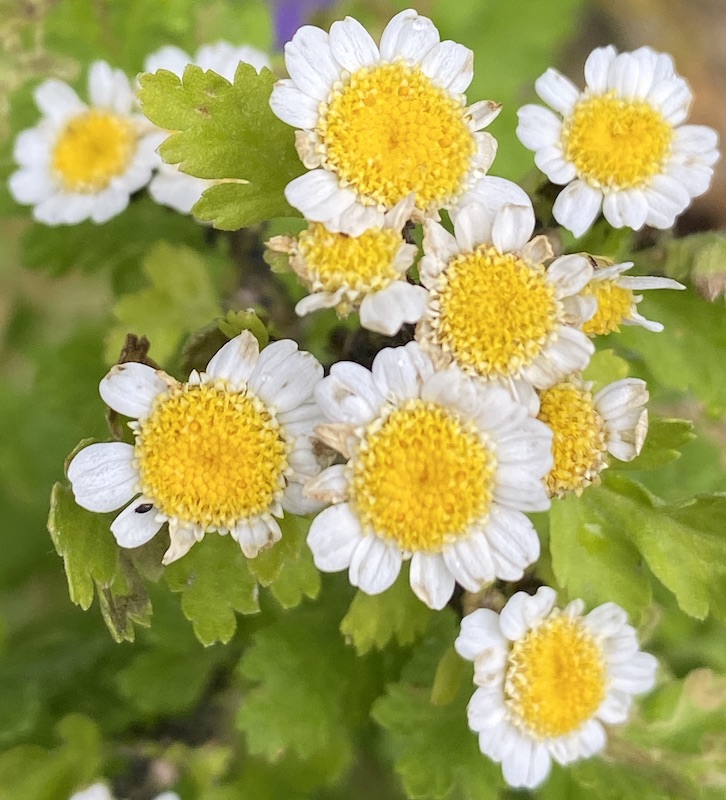 Feverfew is not my favourite and has appeared without being planted. I’m not impressed with its look and its perfume is, to me, unpleasant, redolent of stale sweat, others may disagree. However, from the time of ancient Greece it was one of the most widely used medicinal herbs in the grimoire, used for everything from asthma to vomiting and the rest of the medical alphabet. It also goes by a plethora of names such as Feverfew, featherfew, altamisa, bachelor’s button, featherfoil, midsummer daisy, nosebleed, Santa Maria, flirtwort, mother herb and  flirtroot, to name but a few. 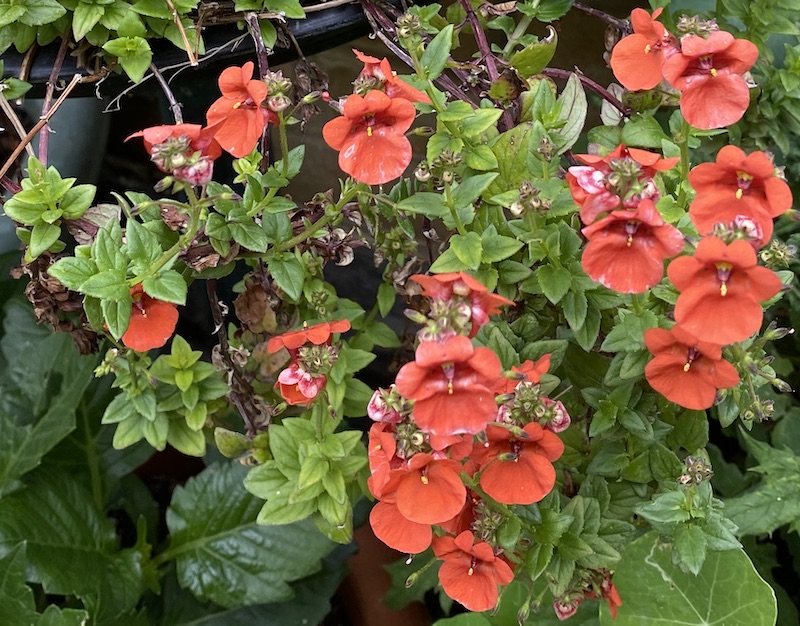 Most diascia or ‘twinspur’ species are short-growing, straggling annual plants that people use in hanging baskets. Like many ‘annuals’ we have some that are five or six years old and, with care, come back year on year.  There are many cultivars coming from several species in the family. 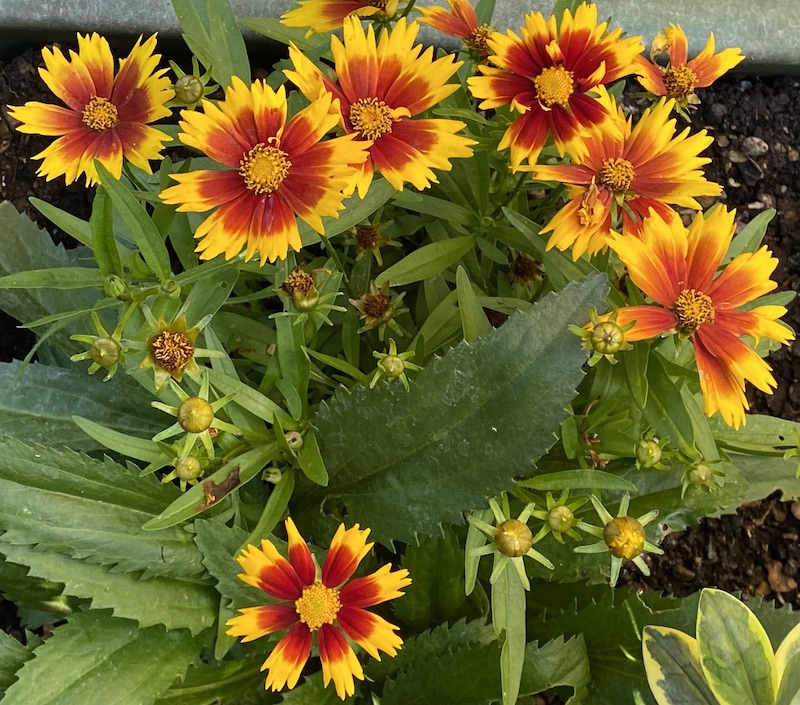 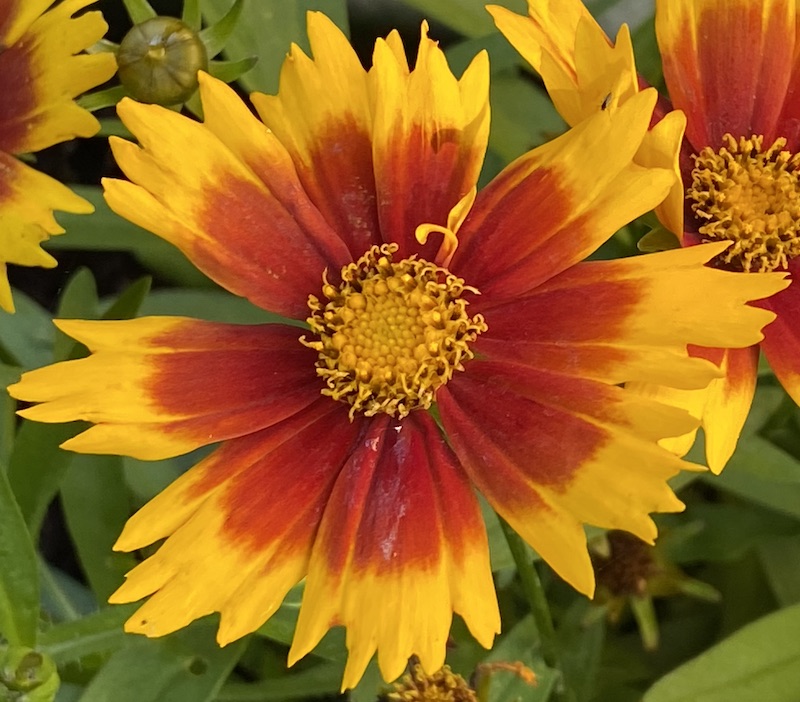 Sometimes called Tickseed the family is native to North America and has been developed as a cultivar from a number of species many of which have a double coloured flower. Although useful for pollen it is also prolific and invasive in parts of Asia where it was introduced as a cultivar. In the garden it has a long flowering season helped by deadheading.