I’ve called this Buzzard Blizzard not because there are hundreds of buzzards swirling around, so much as, in blizzards you can’t see a great deal! I’m not deliberately championing my inability to photograph birds… the limiting factor is using an iPhone without doing it through a long lens. What you get is barely a record shot!

During the outing the other day we came across a large field of winter wheat with gulls looking for food and no less than three buzzards on the ground. I’ve seen this before as buzzards will root around for worms or beetle grubs if nothing else is on offer. 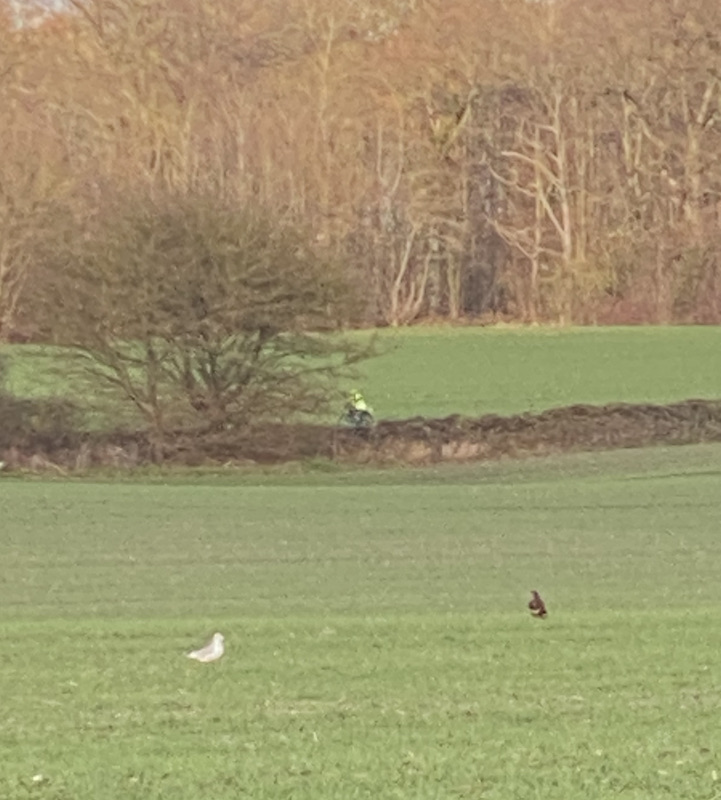 It’s always hard to tell size but the buzzard is a good deal further away than the herring gull. 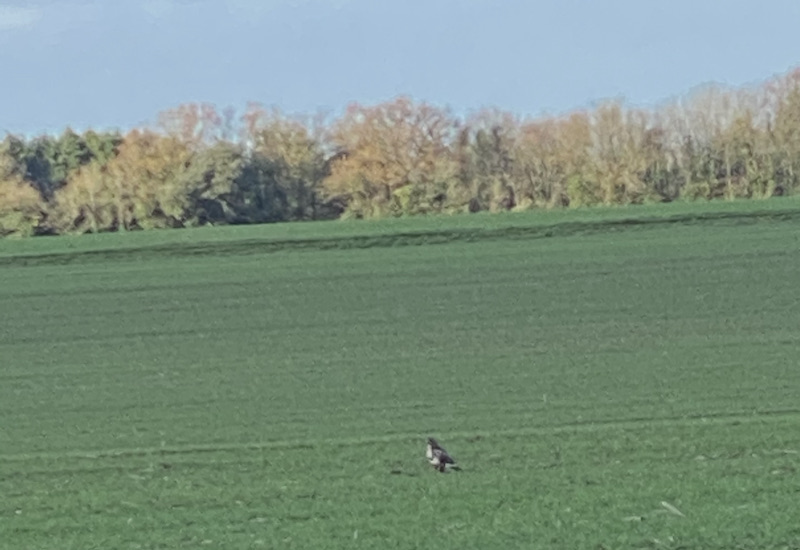 This individual has a striking white chest and black band. 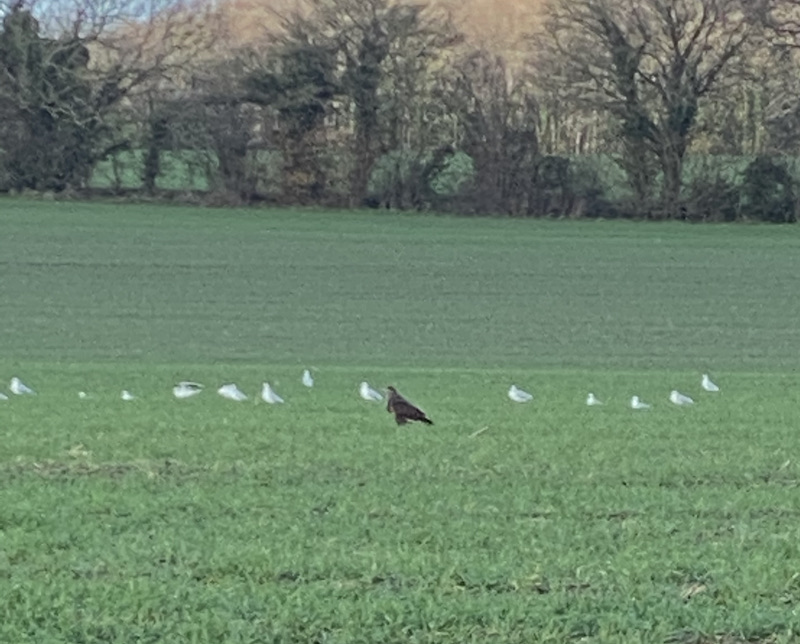 This bird is a bit of a poser… in the sense I am not entirely sure it is a common buzzard.

Its overall size definitely gave the impression of being larger than the other buzzards with long trousers and a pale face and its slightly different stance made me wonder if it could have been a rough-legged buzzard? I did not scope the bird and so it will remain buzzard sp. in my records.

Earlier I did scope these flocks of white-fronted geese when they landed. 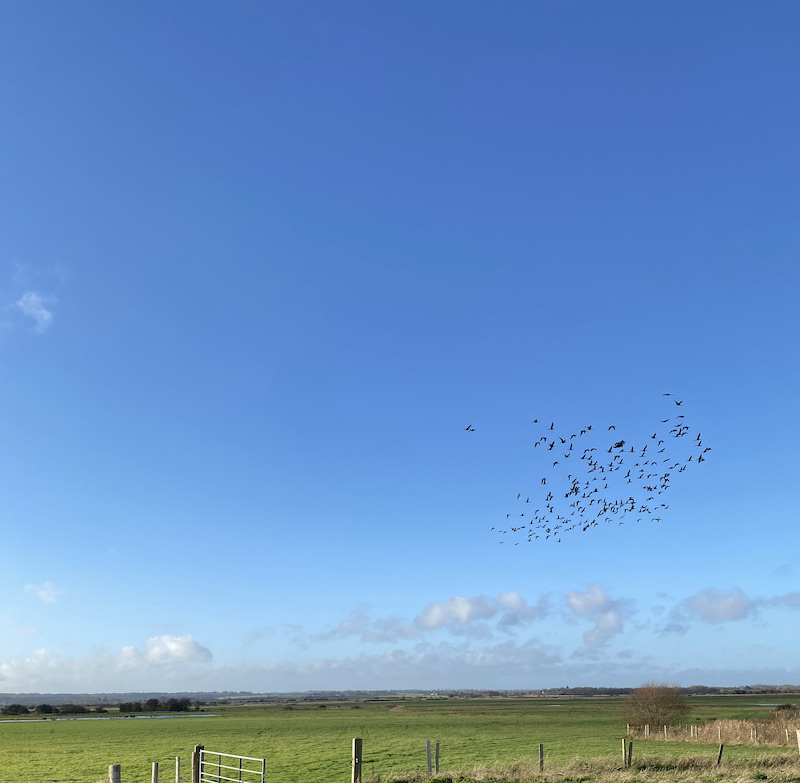 I suspect something had disturbed them as they flew around for ages before returning to the spot they took off from. 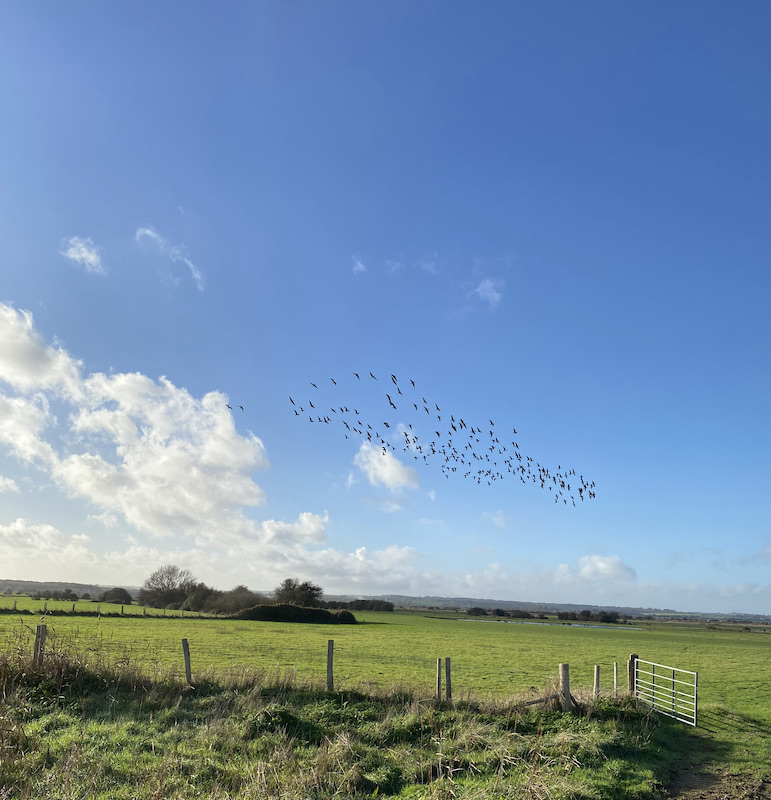