Know much about moss and lichen? Me neither! According to the Canadian Museum of Nature (first up in Google) …a moss is a simple plant, and a lichen is a fungi-algae sandwich. Mosses are multicellular organisms with leaflets made of photosynthetic cells, just as with trees, ferns and wildflowers. … Lichens, conversely, are a mix of at least two different organisms, a fungus and alga, living together as one. So now we both know more than we did.

I’ve always loved mossy places like ancient hanging woodland or the remnant native bush in New Zealand. Moss is as smooth and sensual as nature gets and lichen the ultimate survivor from the arctic to thermal springs. Lichen seems to need little to gain purchase… bird lime on paving stones sometimes end up as lichen patches and look like New York streets smattered with chewing gum remnants. I only noticed yesterday that my office windowsill, which is barely a decade old UPVC now sports fractal lichen patterns! 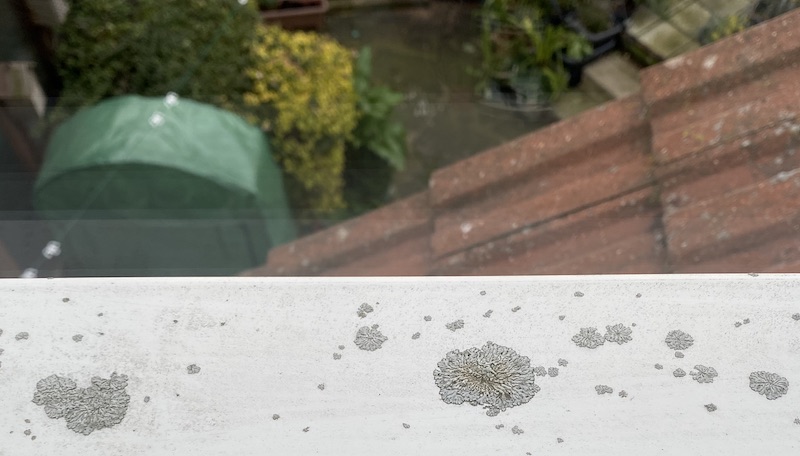 I think the two pictures below show moss surrounding lichen. But in the latter case, maybe the lighter coloured organism is another moss? 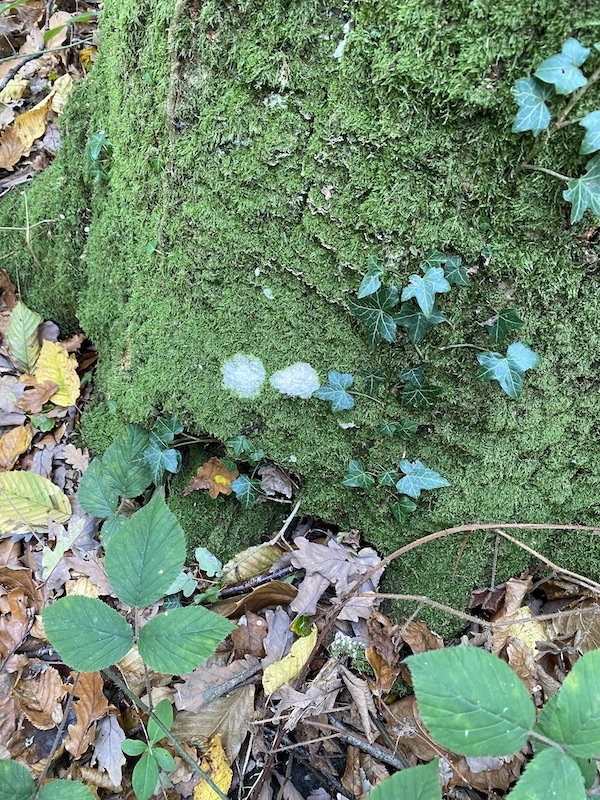 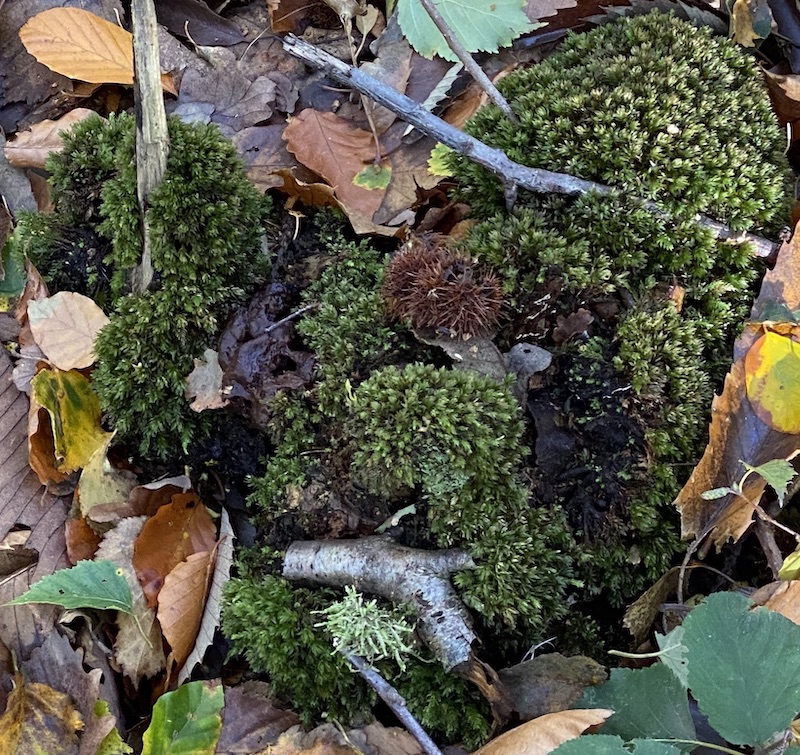 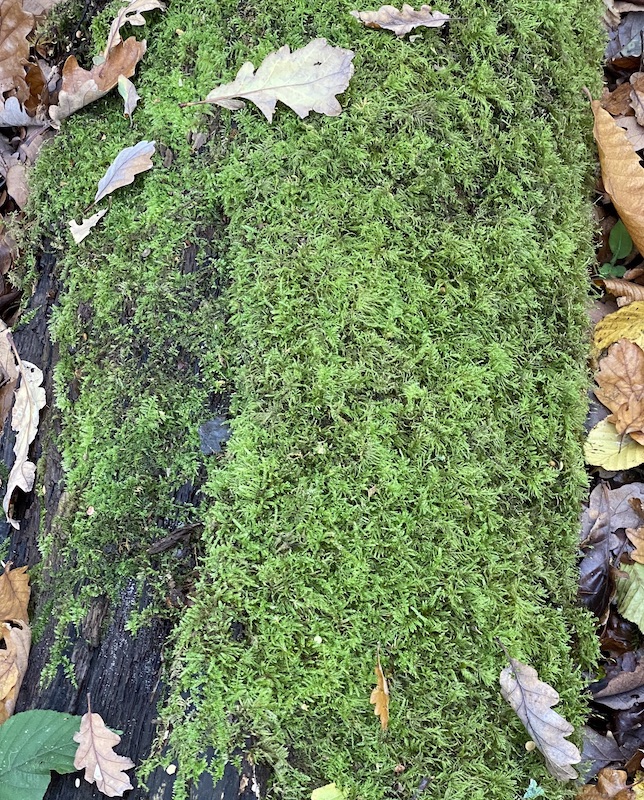 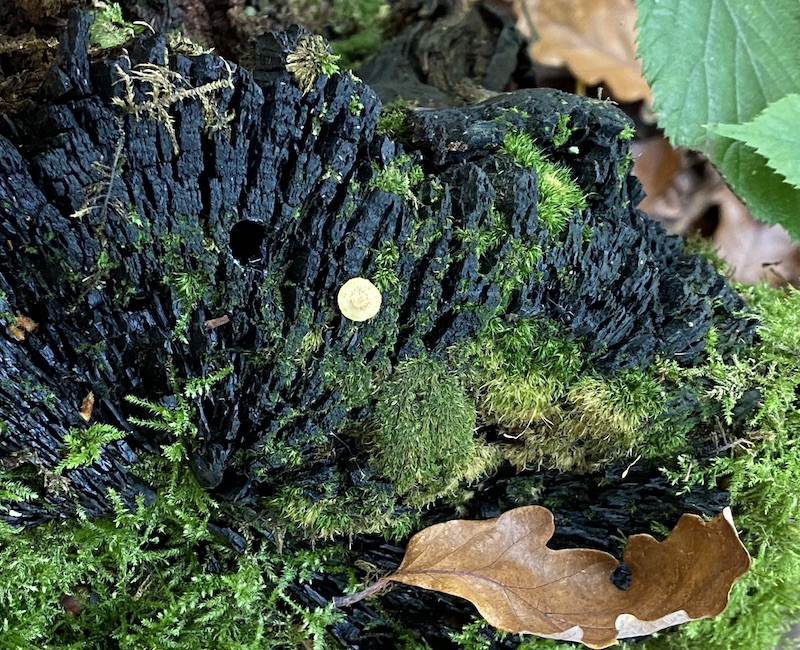 How about these, a mix of several mosses or some mosses and lichen? 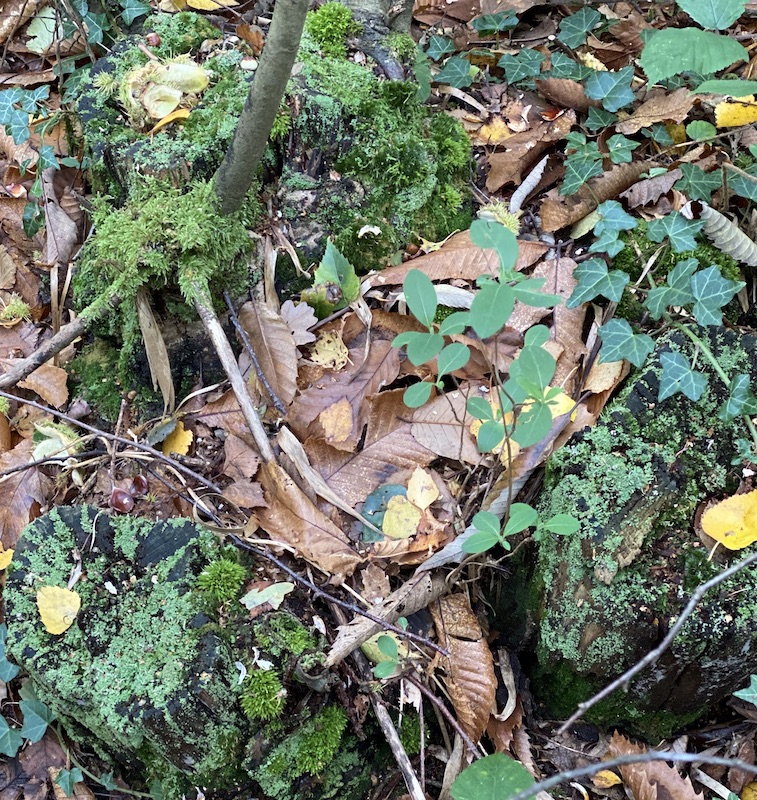 All the above were photographed a few weeks ago while searching for fungi, but another attraction of moss is that they seem to be green all year round unless they get too dried out.

A last autumnal picture… just by way of showing that those of us who look down also see the wonderful changing colours of Autumn. 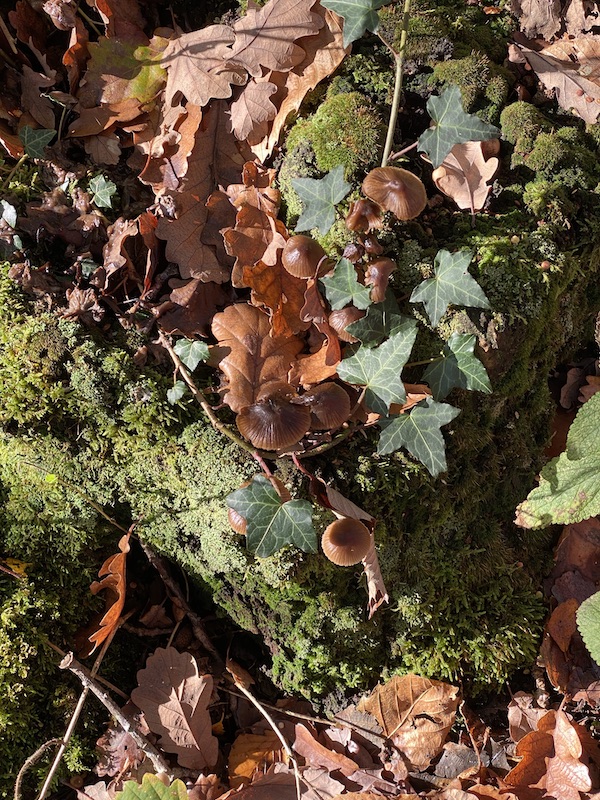