As the old aphorism goes… ‘Sometimes, I sits and thinks; other times, I just sits’. In my case, sometimes I go down to the sea to see birds, and sometimes I just go down to see the sea. I mean, why live on the coast and never experience what it uniquely offers, right? Yesterday we went down to the sea to see if it was still running high after the overnight storm. There was a visible tide race but it had quietened down considerably. 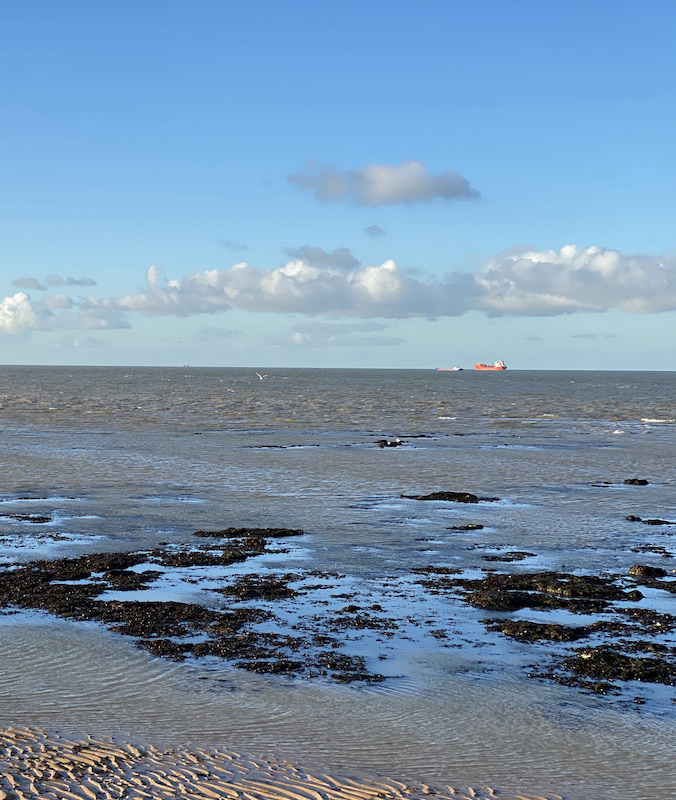 Bird-wise it was quite quiet… a few fulmars out at sea and a fly-by red-throated diver, a sparkling flock of sanderling raced by and some cormorants did their thing. In the channels between the weedy rocks a couple of little egrets prodded and poked and on the rocks gulls did… not very much at all. The vast majority were herring gulls with perhaps a dozen black-headed gulls and just one common gull belying its name. 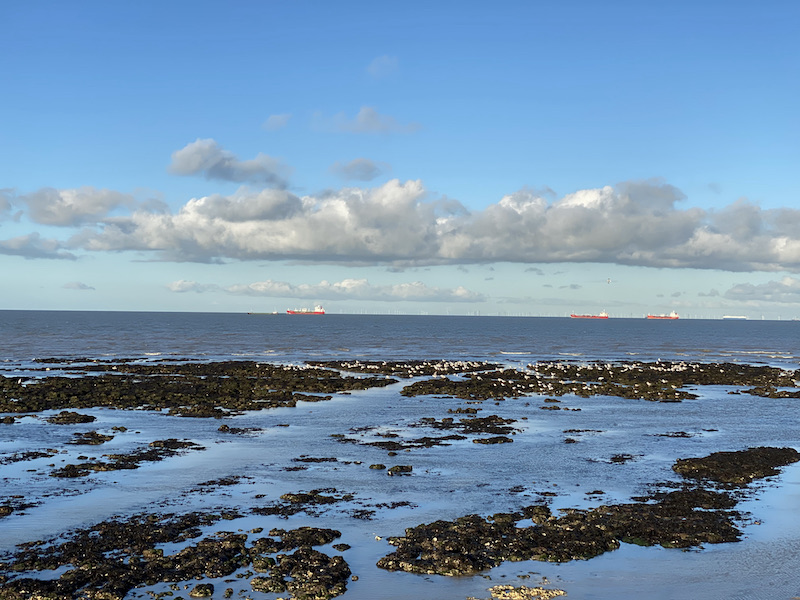 Most striking were the number of ships. In normal times one might expect half a dozen sailing by with a few anchored up if the weather was rough. Because of the storm warnings loads of ships had sheltered in the bay and others were on the move. I counted twenty-seven, almost all container ships. All between the shore and the massive wind farms. 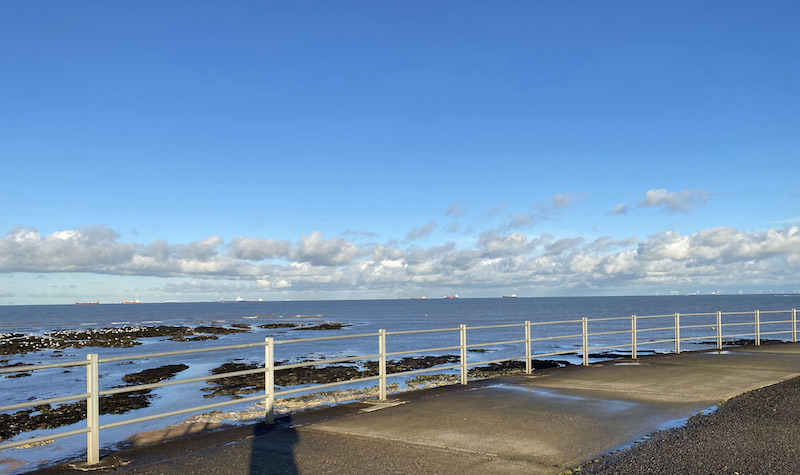