Preparing for winter is not just about cutting out the dead and clearing away the fallen leaves, it’s also about winter-flowering plants and anticipating spring with hardy perennial plants. A few late flowering plants are also putting in their first appearances or are still hanging on.

Wallflowers are biennials… plants that grow one year and flower the next like these wallflowers below, although it looks like they are jumping the gun! 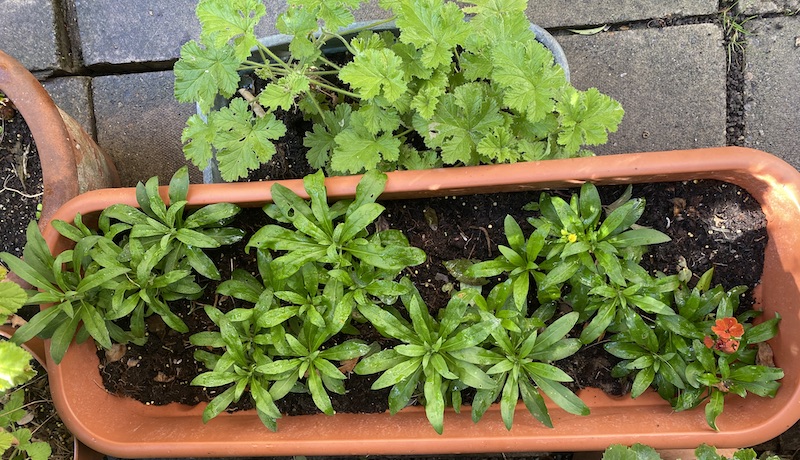 Late blooms are appearing on osteospermums, where I had trimmed them back so they could grow back before the winter stops or slows growth. 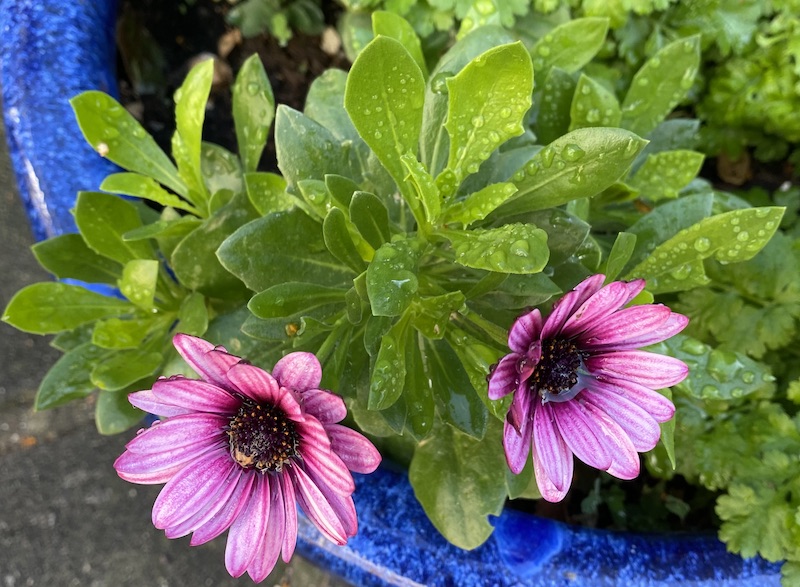 This species of Chinese Plumbago was rather in the shade so its summer growth happened late and only now are the stunning blue flowers opening. 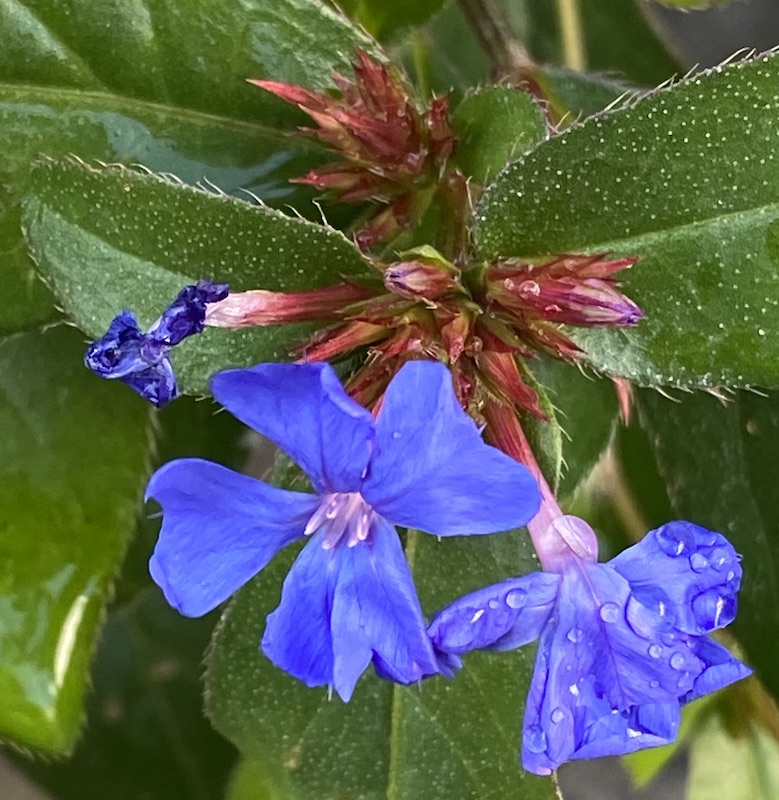 In the mini-greenhouse perennial plugs are potted on, to grow on for spring. 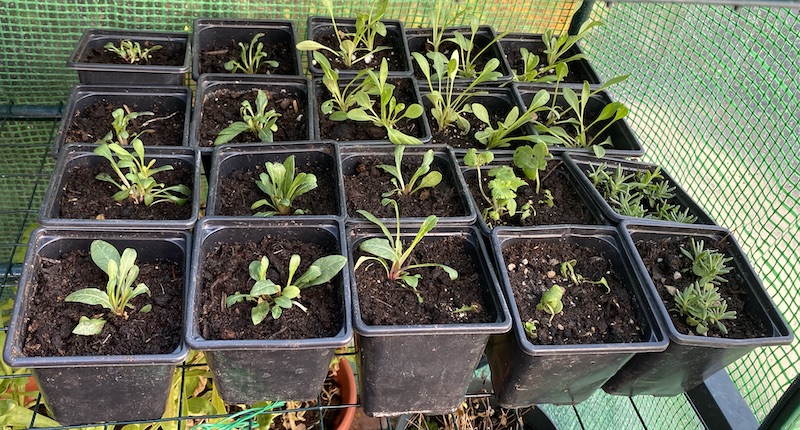 The sunflower that self sowed from birdseed is only now flowering weeks past the prime time. 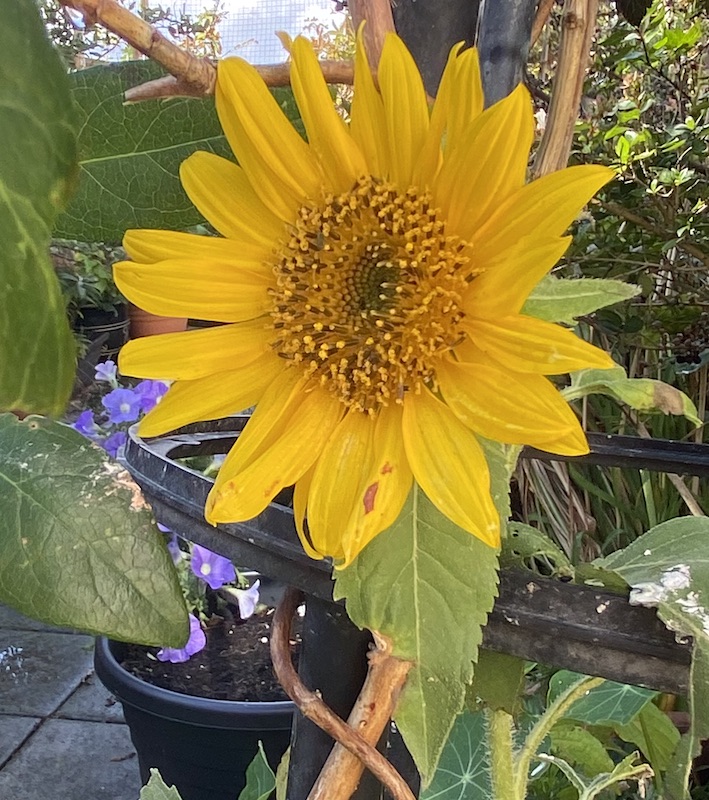