No wonder the world is going to hell…

In February 2020 we rang the local authority cleansing department to ask about the dustbins they supply… a simply plug that acts as a hinge on the lid had disappeared after a collection and the lid opened askew. 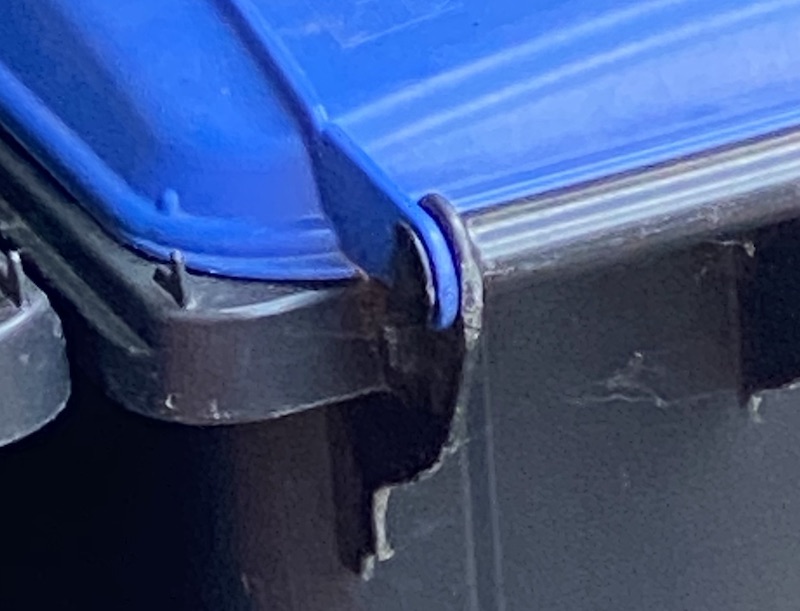 “We will send one out”, they replied. “It takes about six weeks!”

Stunned at this ignorance and long schedule we did nothing for two months then rang again to be told we had been misinformed, this was not how things are done. The dustmen carry spares and will supply if asked, they said. Despite lockdown intervening next time the bins were emptied was asked a bin man to supply a plug.

“We haven’t done that for years” he said “Who told you that?”

We rang cleansing again in May… “Someone will deliver one.” They said.

August 2020 the door alarm alerted us to someone in an orange jacket near our front door… we looked out to see a bloke walk away from our bin. He had fitted the plug.

The plastic plug must be worth around 50p retail. Post for such a thing can be no more than £2.00p. How much salary has been paid to the people who misinformed us, or triggered the process for our bin to be ‘repaired’? How much is paid to the bloke whose job it is to ‘repair’ them?

Six months wait and an inordinate amount of our community charge wasted! Wake up Thanet DC… put the right information and the dimensions of the bin hinge on line!

In January 2020 I bought an office chair on-line from Amazon – reduced to £99.99p It has done sterling service daily since.

Three days ago (August 20th) a section of the wheel came off, a day later and the whole caster fell apart. Like most things in the 21st Century the whole of the chair depends for is stability and manoeuvrability on plastic casters within which a tiny plastic flange on a small plastic panel into which a metal pin snugly fits forms the wheel. The flange had sheered off… not surprising as it and its four fellows have spent six months carrying their part of 220lbs across the office floor – plus the weight of the chair. 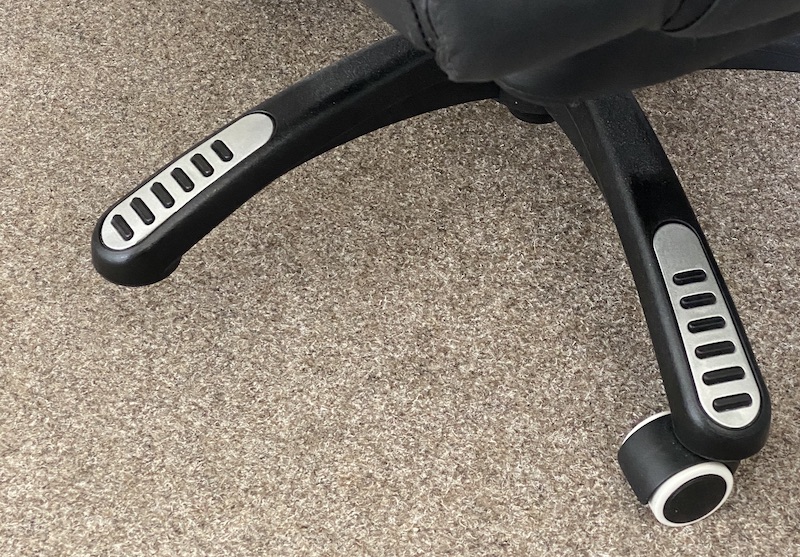 I rang Amazon. “Can you send me a replacement caster?” I asked.

“We can’t do that” they replied.

“Well,” said I “this chair is not fir for purpose as it has broken six months or so after purchase.”

There then followed a long debate with me assuring them that they are the supplier and I am their customer, despite their insistence that they merely advertise other people’s products. Nevertheless, they eventually offered to refund my money if I send the chair back!

I explained that I am disabled and taking the chair apart or putting a replacement together is, currently, impossible for me. Nor, I pointed out, is there the option of someone doing this for me as I am ‘shielding’ from Covid-19.

We ‘elevated’ the call to the supervisor. They continued to offer platitudes and intransigence.

Eventually, the supervisor asked if I would hold on so she could take further instruction. I waited on the phone for 10 minutes of inane music which my hearing aid could not modulate into anything tuneful or entertaining. After that time the supervisor came back on and thanked me for waiting and I was then cut off!

After several hours cooling off, I started the whole process again and this time the person who patiently listened to the whole sorry tale and took two minutes to take instruction and came back to tell me my money was being refunded and I did not have to send back the chair.

I am happy that my money has been refunded but I am still left with having to get rid of or store the broken chair. I still have to replace it with a chair that does not need assembling and can come up stairs easily.

Alternatively, they could have sent me a caster or at the very least told me the size so I could get one myself. I cannot imagine the caster would cost more than two or three pounds for a new caster and even with postage it would surely cost Amazon a great deal less than refunding the entire price!

Don’t even get me started on the bill from Hyundai a couple of years ago when the ‘electric’ handbrake failed because the diminutive plastic lever that operated it because a tiny plastic rod broke and they broke the housing when they ‘repaired it’… total bill £444.00p!