I followed this guy around the garden for ages before getting pictures. 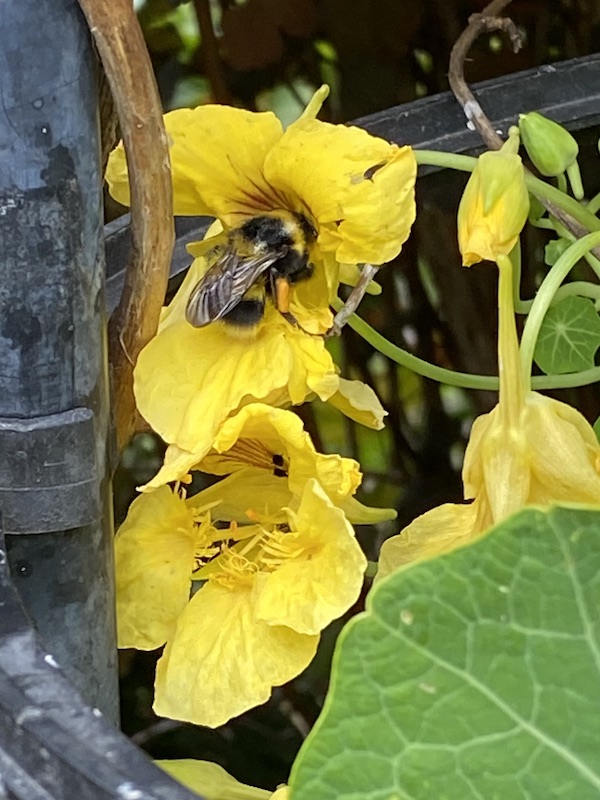 Not only did it move around a lot, but really favoured trumpet-shaped flowers, crawling deep inside to get the nectar from foxgloves, nasturtiums, campanulas etc. Trying to catch an image as it entered or left a flower had to be quick, and wasn’t always steady… hence the less than sharp photos. Having done my usual research, I find why it is a trumpet-shaped flower lover… apparently it has a longer tongue than other bumblebees so it ‘reaches the parts other bees can’t.’

However, the shots do make ID sure. The salient features shown below are its white rump and the fact it has three yellow stripes, separating it from White-tailed Bumblebee Bombus lucorum, which has just two. 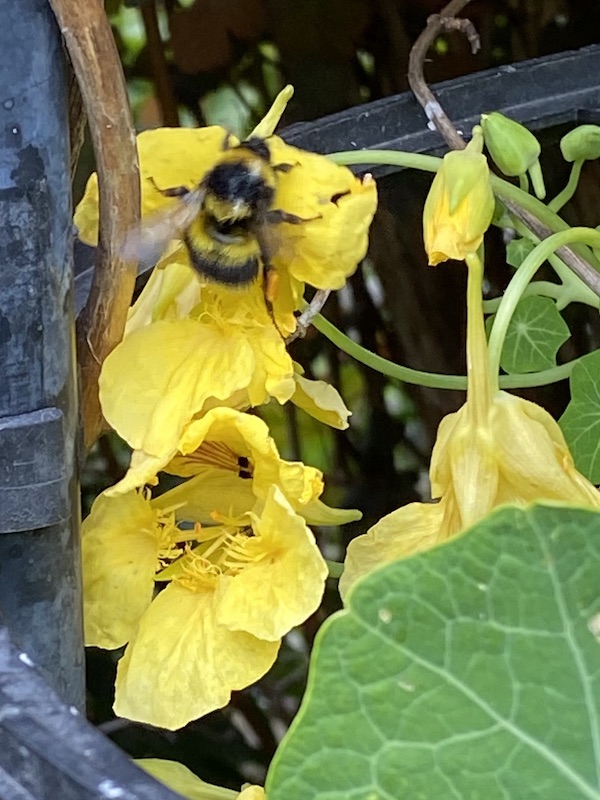 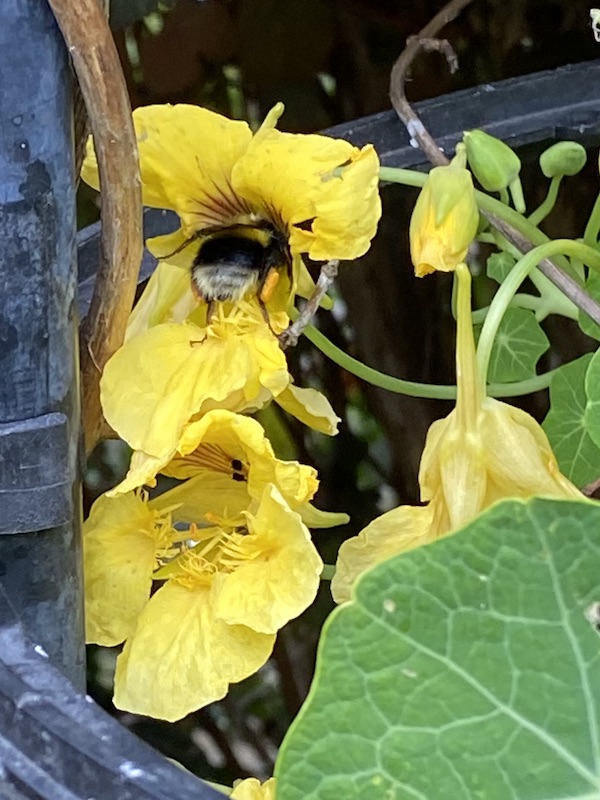 Until this closer study and some photos, I have been assuming that these were White-tailed Bumblebees going by size. I now learn that the bigger bumblebees that I was calling the Garden Bumblebee is in fact the Large Garden Bumblebee, the UK’s largest bumbler (not counting Boris bombasticorum).

They nest underground… in previous seasons we have definitely had the Large Garden Bumblebee nesting under our shed… this year I’m not aware of having any bumble nests in the garden, but given that most are really tucked away maybe I’m wrong. Having said that Garden Bumblebees need moss and dries grass to line their nests so tend to favour woodland and field edges.