The only constant is change…

Gardens are anything but static. Whether we have new plans is only part of the picture, the natural round means something die while others flourish. A plant may prosper in one place if it is failing in another. So re-modelling happens all the time.

A fuschia has graced a border for two decades come hail or shine, but this year it dropped ALL of its leaves and most of its flowers. Given its age and the brittle nature of the stems I decided that it was time to cut it back hard in the hope there will be some new growth before the season ends. 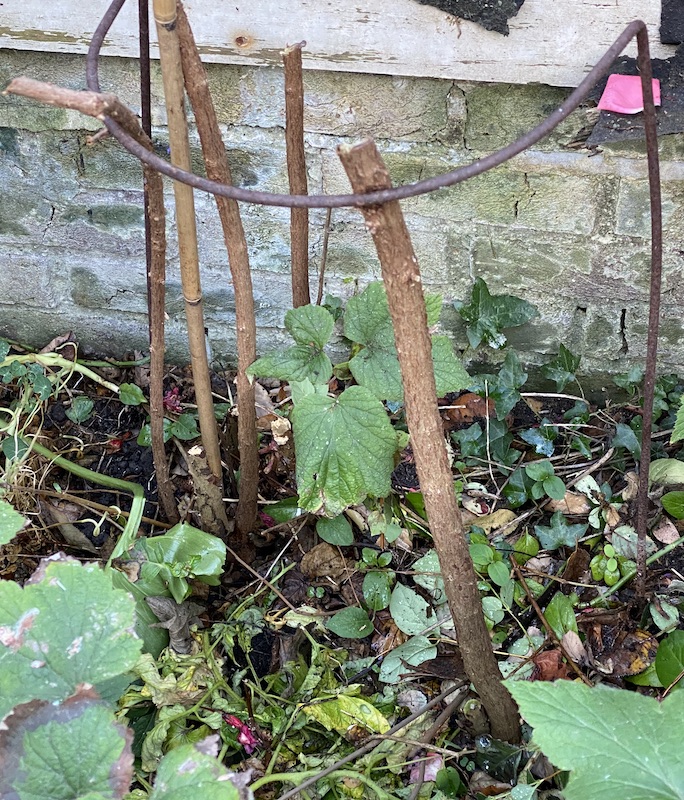 A disconcerting gap remains for now that we will fill if the plant doesn’t recover. On the other hand, the pond has become very overgrown with lily leaves pushing up a foot above the water. It’s hard to know what to do as this year we lost two fish in the severe heat leaving just five. Really the pond is there for wildlife, I don’t want to be cruel to the fish, but I am prioritising the pond for the frogs and water invertebrates. 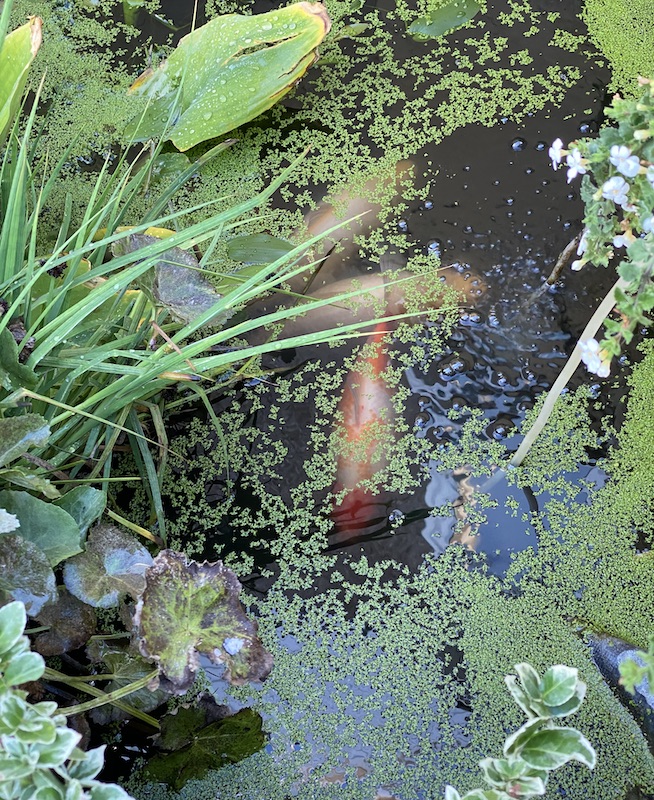 I guess I’ll just wait and see how they go on and, come Autumn, free up more of the pond. 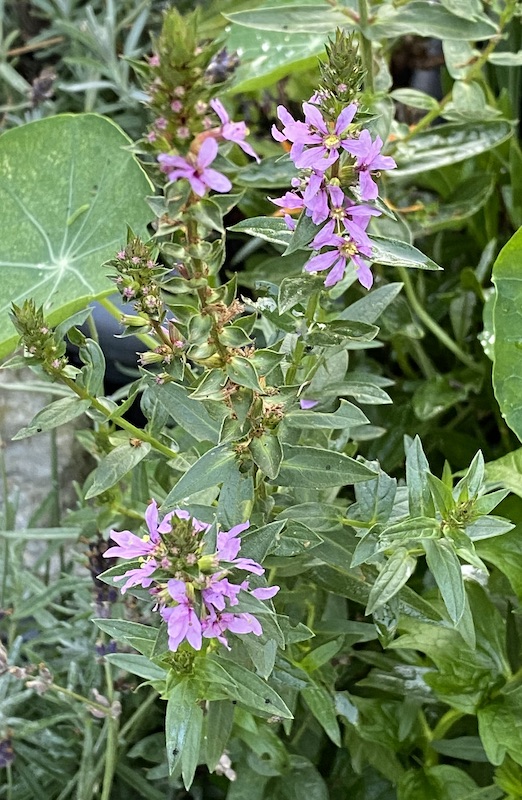 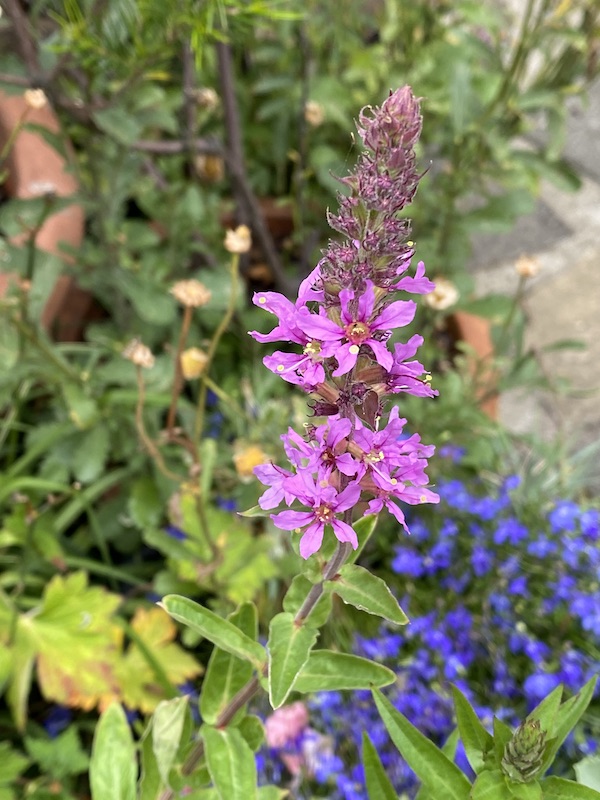 I’m slowly introducing more and more wild and native plants to the garden, like this purple loosestrife, partly for their own sake and partly for insects. Up until now that has been pretty random, just fitting them into whatever container I have and slotted them into whatever gaps there are. But I need to group them more so they are each other’s natural support a tiny meadow, all be it in pots. That’s a job for tomorrow, if we don’t get more storms. In the meantime this interloper had the cheek to make use of the birds’ facilities!