Decided to pop out before lunch to see if anything was on the sea. I went to a likely spot to find it cordoned off… apparently David Schwimmer was filming an Ad? So went down to Minnis Bay instead. Although there was a bit of a sea running it was quiet ornithologically. Just gulls and cormorants, a distant Gannet and a fly by Little Egret. 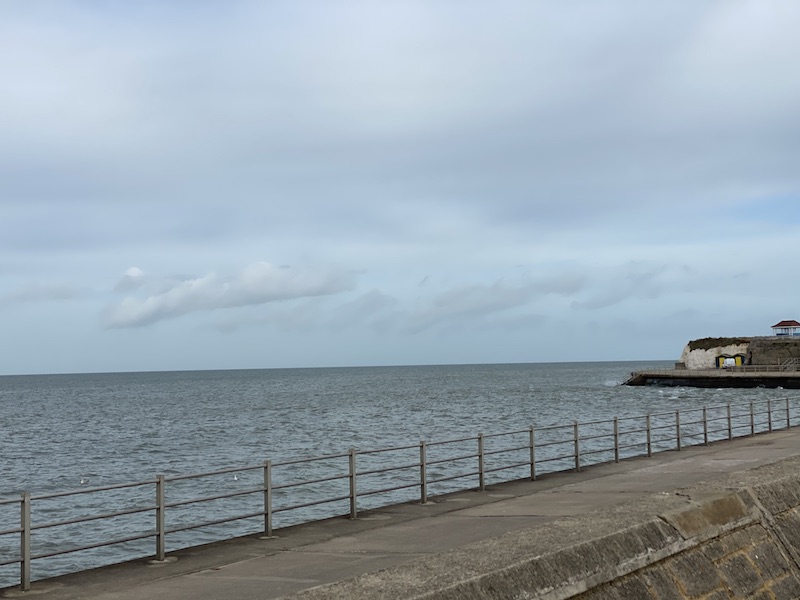 We moved back into town and stopped along the cliffs when we spotted a group of wagtails… a mixture of ages and sexes and subspecies, yarelli and alba. Maggie spotted some birds loafing on the sea and I grabbed my scope as Eider have been reported… but these turned out to be Common Scoter, no year tick, but as I briefly scanned I lucked upon a Sooty Shearwater shearing and banking in the wind – nice! Looking at my records the last one I had was November 2015, in Minnis Bay.

We drove through Northdown Park. A mixed flock were eating yew berries, or the insects near them. (Technically, the Yew does not have berries, but has a seed inside a fleshy cup called an aril.) Blue and Great Tits, Wood Pigeons and several Jays were finding things to eat. A few Redwings were were scrambling over the branches, popping up and grabbing any ‘arils’ they could.

When I first started school I had to walk through a church yard (the school was next to it). Next to the door into the church stood a magnificent yew tree, probably hundreds of years old with many spreading trunks which made it easy to climb into and hide from my mates. Thinking about it I can only remember seeing Yew trees in church yards.

The theory is that as Yew berries are poisonous to animals, Yews were planted in graveyards where animals couldn’t eat the berries. Because Yew wood was needed for making bows during the Middle Ages every village needed to have yew trees to provide archers with good long bows.

I’m assuming the tree below is male Yew as it has no arils. 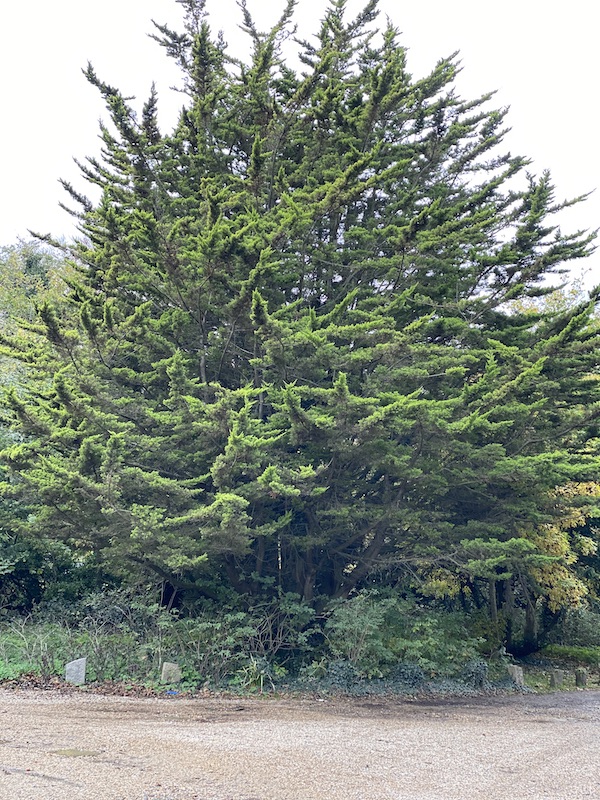