Lucky that Maggie looked out of the window last night… wind had blown over our new mini greenhouse. My fault entirely as I decided that the plants I had recently re-potted that were sitting on the lower shelves were ready to place out in the garden. This meant that it only had a few cuttings and small pots with next year’s wallflowers inside, and all on the top shelf. A gust of wind and there was no low centre of gravity to stop it from toppling over.

Its turned cool and wet so we spent little time outside yesterday… and the change in weather heralded the usual arthritis flare* with both hips and one knee painful and likely to give way I could only totter about the place like a drunk with vertigo.

In sunny intervals I took a few photos. 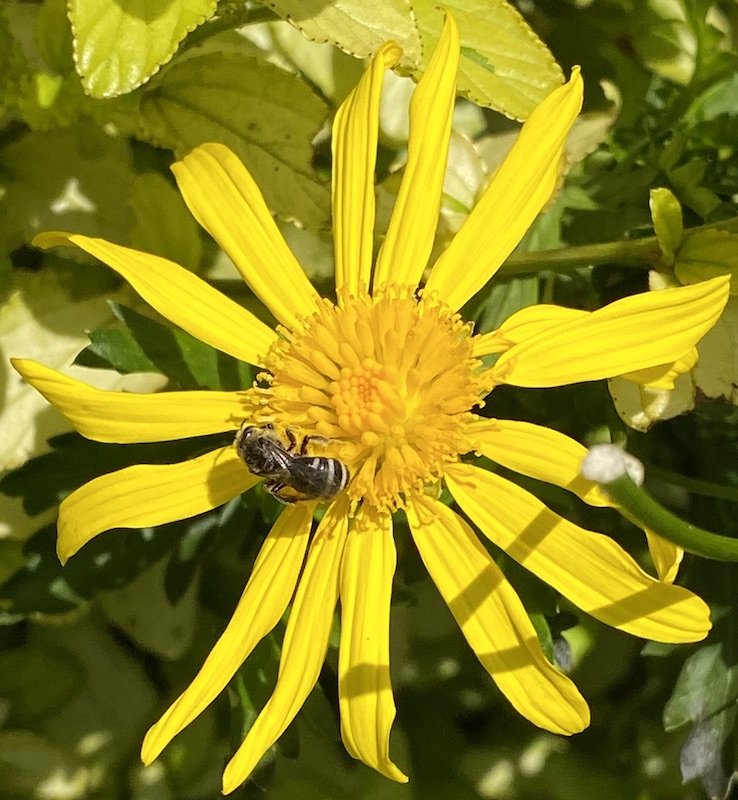 We have had a long succession of nasturtiums of a variety of colours and patterns. These are the latest one. 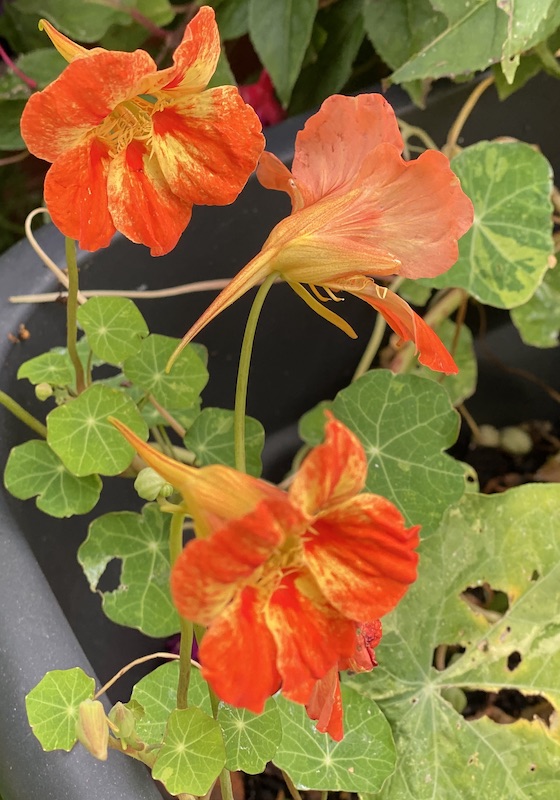 Late blooming scabious of this deep maroon colour are the main attractor for insects right now. 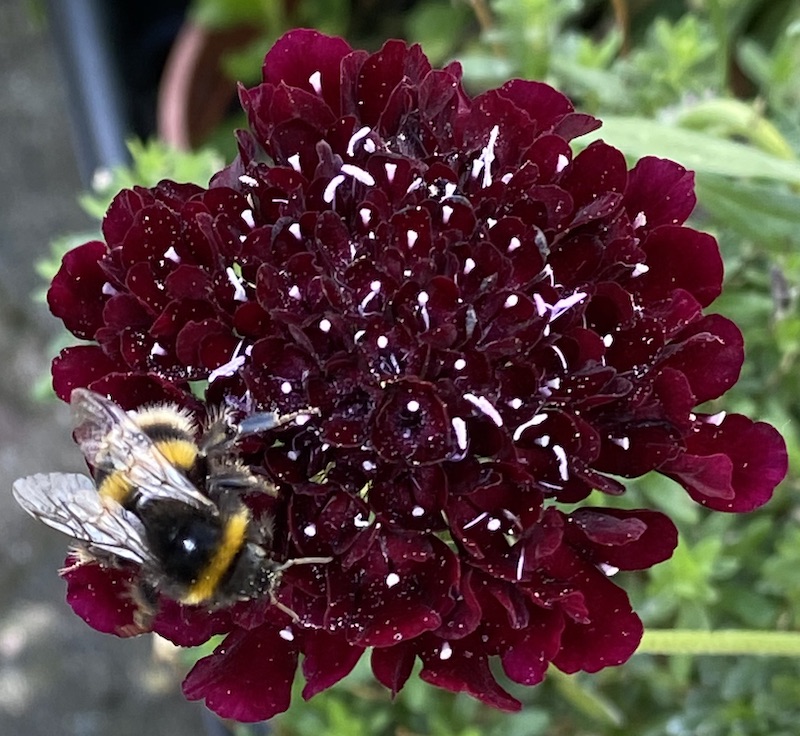 Buff-tailed bumblebees are the commonest visitor.

With less than a month until Michaelmas (29th September) the michaelmas daisies are really flourishing. 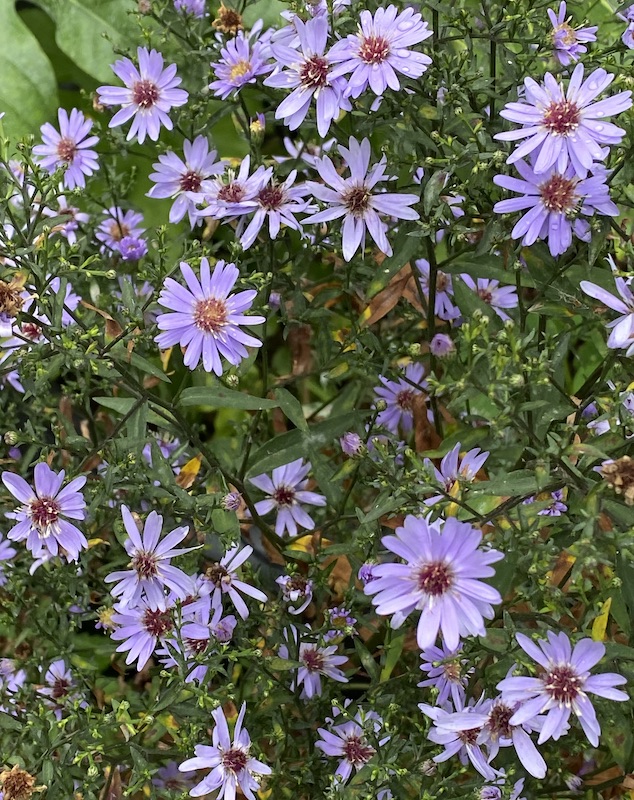 *Most people, including sufferers, associate arthritis with cold and damp weather. However, a few decades ago a GP analysed his appointments and found that patients seeking help with arthritis, did so most often in March & April and October & November’ peak periods of changeable weather. A follow-up study showed that people were actually experiencing the worst symptoms during rapidly changing air-pressure, no matter which way the pressure changed.

Unfortunately, current weather patterns are much less settled than at any other time since records began.