I was watering the garden early last evening when something big and black landed on my hand! I reacted via adrenalin rather than thought and shook it off fast. The large black bee spun away from me through the water and landed on a leaf where it moved around ridding itself of most of the water then finding a spot in the weakening sun to dry off. It gave every impression of being huge. Hastily getting my phone I took some pictures which reveal that this is a very worn critter. The wings are such a tattered mess that I am surprised it could fly at all. Looking at its large square head, overall size and a purplish cast to the wings I thought it might be a Violet Carpenter Bee, which although not native does turn up in the southeast. (Indeed, I saw video later of one in South London). 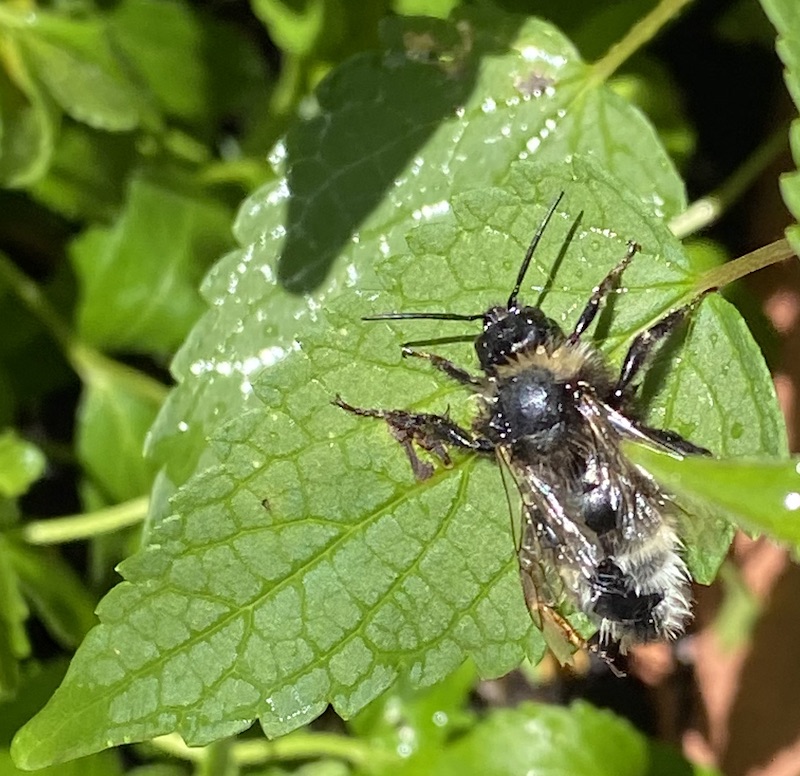 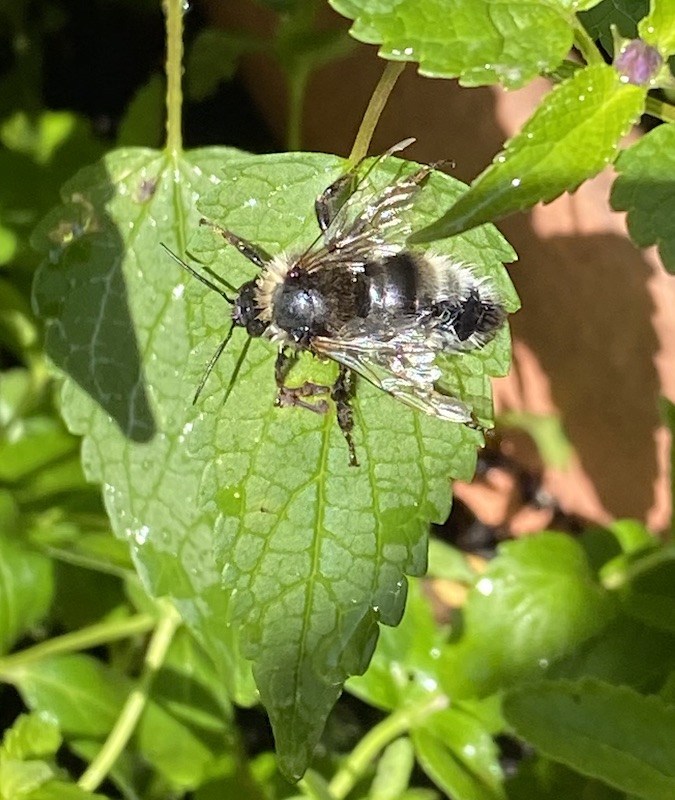 I posted a picture on the Ant, Wasp & Bee Facebook Forum and later one of the experts put me right. Apparently, it is a worn male Vestal Cuckoo Bee… which do go almost as large as Carpenter bees in some individuals.

Am I disappointed that it’s not the rarity? Not a bit, as it is still a new garden and life bee for me. I am, as it were, a Vestal Cuckoo Bee virgin! 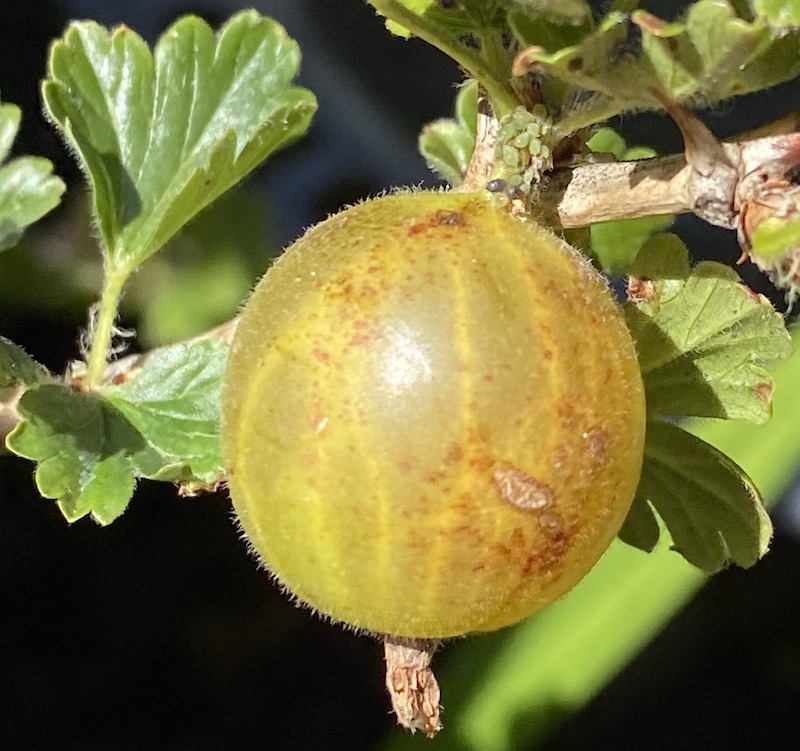 Meanwhile Maggie harvested our crop of gooseberries… all 19 of them, although one was bad. The bush is small and the gooseberries much smaller this year than last. She intended to make some sort of fruit sauce until she tasted one and spat it out in disgust… not the taste fondly recalled from her youth. Personally, I’ve never been a fan. The bush has a fair number of greenfly too. There were ants attending them, presumably relieving them of honeydew.