With low energy levels and stiff joints the next bit of the annual tidy up has been the border adjacent to the garage/patio (for the uninitiated our garage is downhill from the garden so its top few feet now form part of the garden when we fenced in the roof and turned it into a pot-covered patio). It was somewhat bare-looking as I’ve trimmed back a fuchsia that dropped its leaves and pruned the roses as they were without flowers. A couple of empty troughs needed work too. 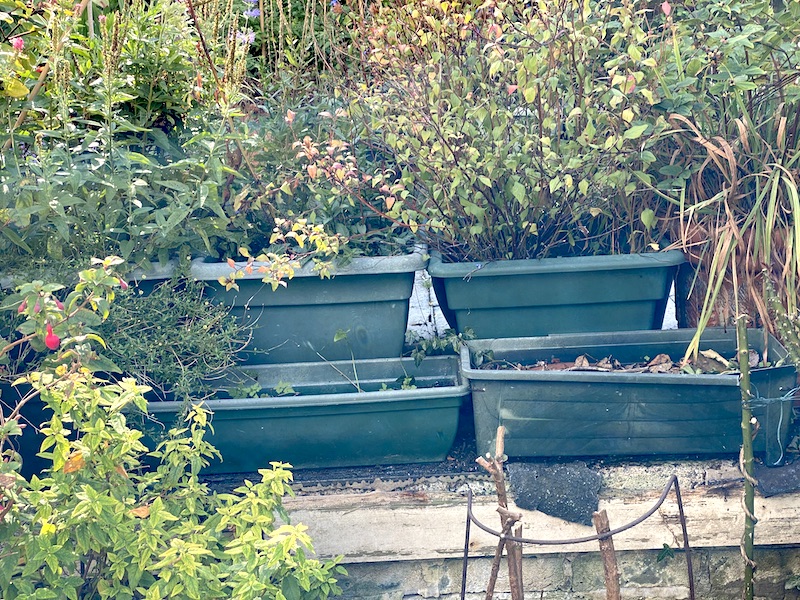 Moving the troughs was a bit of a revelation. I’ve never seen so many snails in one place and fifty fell off the back and bottom of the troughs. Not only did removing the troughs reveal the massed hoards of snails but the biggest pile of snail poo! 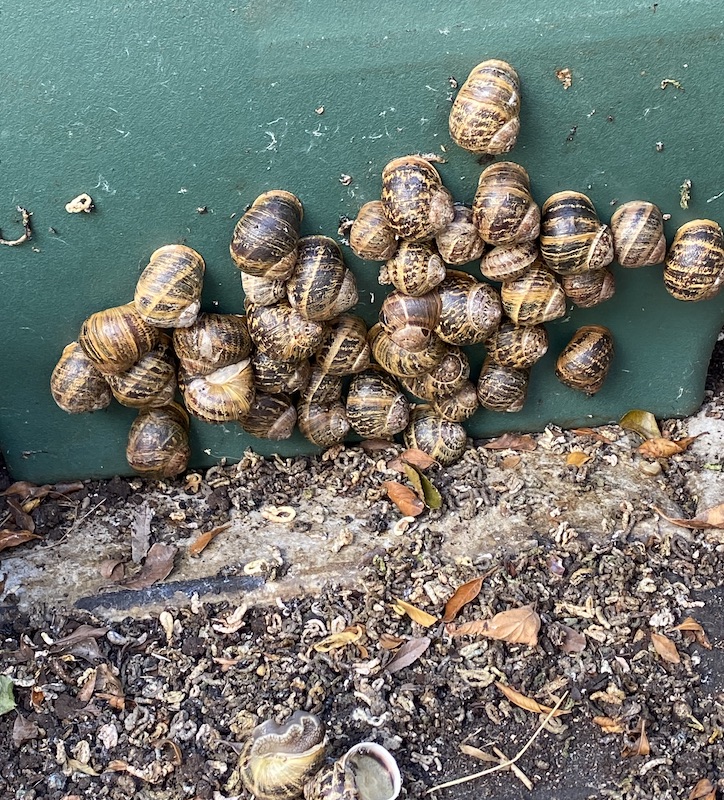 I’m not a fan of killing anything, but I saw no alternative as the snails devastate some plants overnight, especially newly planted ones. So I despatched them, knowing that this is probably the tip of our garden’s snail iceberg. Given our frog population slugs are few and far between.

Having tidied up and removed dead wood, invasive plants (honeysuckle runs riot and strangles anything one lets it). I moved a couple of troughs to replace the ones on the garage roof. 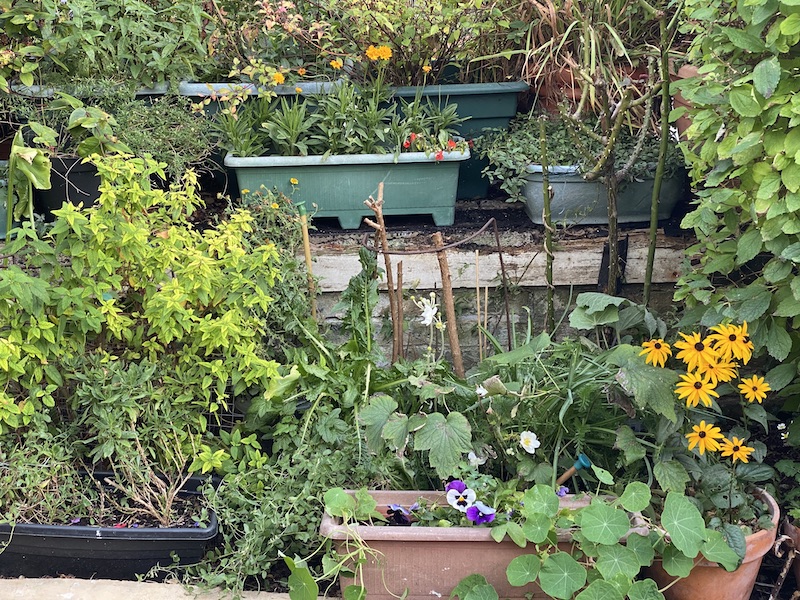 As the bare earth is yet to be filled by the fuchsia (its alive and sprouting but will not be back to its former glory for a couple of years) I decided to move in some pots, essentially all of the wildflowers/weeds I’ve been planting. So the area is a potted wildflower meadow 🙂

The area is now completed with other pots and troughs moved over to the containing one brick-high retaining wall. 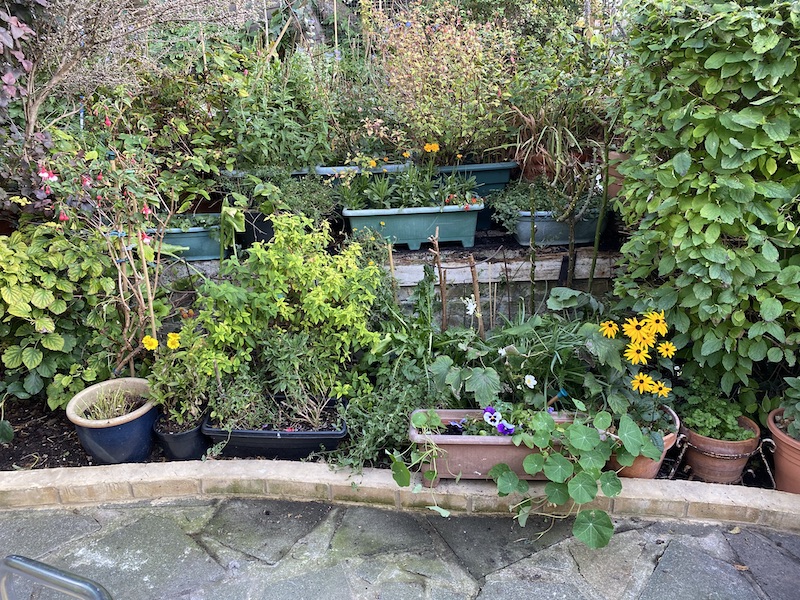