A word about carrots…

A word about carrots… eeeeuuuggh! I abso-bloody-lutely hate them. Since the day my desk-mate in infant’s school heaved up his over-carroty school dinner over himself, the desk and me, I’ve been less than enamoured. I can’t remember further back from that, perhaps I hated them from the cradle. 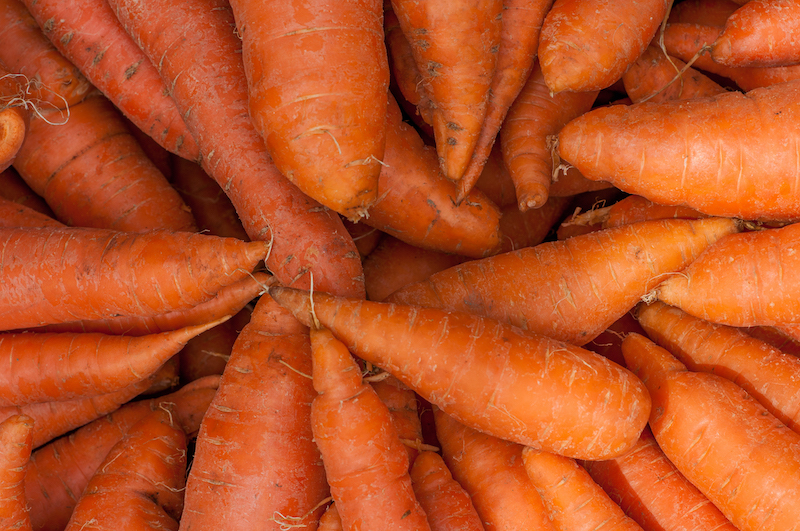 I have a theory, backed by science, that some of us have different taste receptors to others. Did you do the methyl orange test in School? A droplet on the tongue of most people was without reaction. 20% of us screwed up our faces as the bitterness was overwhelming. This heritage leads the 80% to distain us others. They call us ‘fussy’ or ‘picky’ for refusing to eat that which is, to us, inherently disgusting. I also believe that these hates are connected at some primal level… carrot, parsnip, celery and beetroot are, to my taste, spawn of the devil. I have come across a number of people who share exactly these feelings, but a lot less people who hate some of them but like some others. I have also found anecdotal corollaries… people who can eat the above don’t like chilli, mushrooms and avocado.  Furthermore, there seems to be a grouping of fruit liked by some disliked by others like me… Figs and melons of all types taste like sugary, soapy water to me. Parsnip and carrot lovers tend to like melon.

For the adult in most situations none of this is that noteworthy. I can avoid the things I hate and eat the things I love, like avocado, seafood and curry. However, there is a daily impact caused, I suspect but those who think certain foods, like carrot and celery are mildly flavoured. It could be they are inured, just as many chefs whose food I have experienced are inured to the taste of salt and therefore put too much in their dishes… and you can’t take salt out!

My dad ate anything and everything, although he never even tried a curry. He would make soup for us kids, and I mean the main meal soup of our youth which might be more akin to ‘neck of mutton’ stew. Hearty as you like with spuds and leeks, onions and carrot and quite often celery! His view was that you could pick it out and the rest of the food would not taste of it. WRONG!

I find that my dad’s culinary channelers who either create or commercially taste pre-packaged foods, like soup, are no doubt convinced that the cheap additive (carrots) can barely be detected. So, when I buy a can of, for example, butternut squash and pepper soup (and many, many others) they taste of…carrot! Very occasionally they bung in some celery too and it totally ruins the taste.

Join me in my one-man campaign. To ban carrot from any soup other than carrot and coriander.

While I am on the subject what has happened to the imagination of supermarket buyers or soup manufacturers? Go into any of the supermarket chains and I guarantee you will find at least six different brands of tomato soup and as many of chicken. I do not mean some variation like tomato and basil or chicken and ham, but straight tomato. By the same token most don’t stock ANY fish-based soups. Cullen Skink and Lobster Bisque are, I know, made by Baxters, but currently NONE of my local supermarkets (Sainsbury’s, Tesco’s, Asda & Waitrose) stock them. Why do we need six choices of branded tomato soup and dozens of meat-based soups, but nothing fish based?

Having not knowingly eaten meat for approaching four decades I have a mostly vegetable based diet (like around 20% of the population). A couple of times a week I may eat fish or other seafood. Sticking to this can be difficult when choices are restricted and food labels are read closely. For example, I can safely eat ‘spare-ribs and bar-b-q flavoured crisps as they contain no meat products. On the other hand, I find that most Extra Strong mints contain gelatine derived from animal bones.