This buddleia species is supposed to be best for attracting bees. Our problem is that we put the air-conditioning unit above it and it has to be kept trimmed to avoid an issue there. Trimming it discourages flowering. So, this year it is only at the end of August that a few blooms have appeared on the untrimmed sides. Still, those few flowers certainly are bee-magnets. 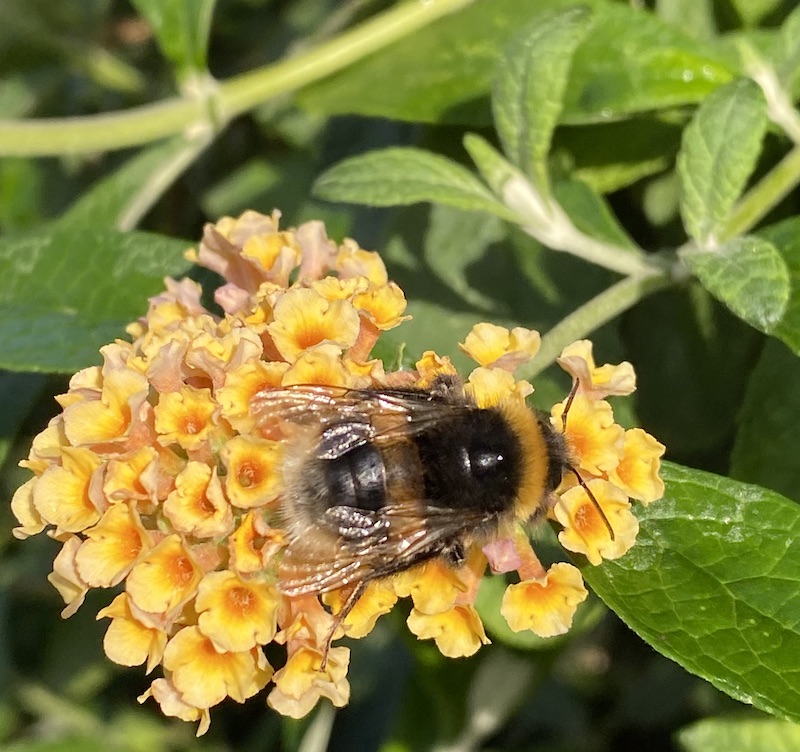 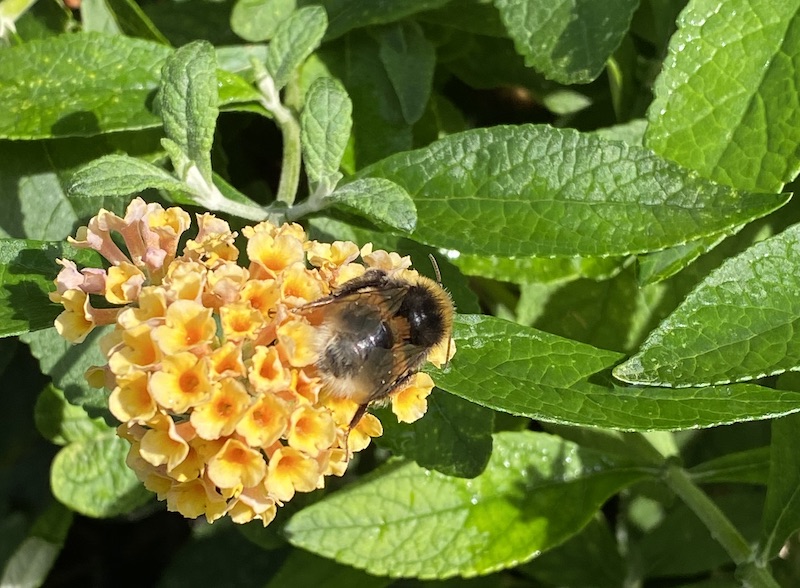 The other buddleia plants are all the more commonly known variety. 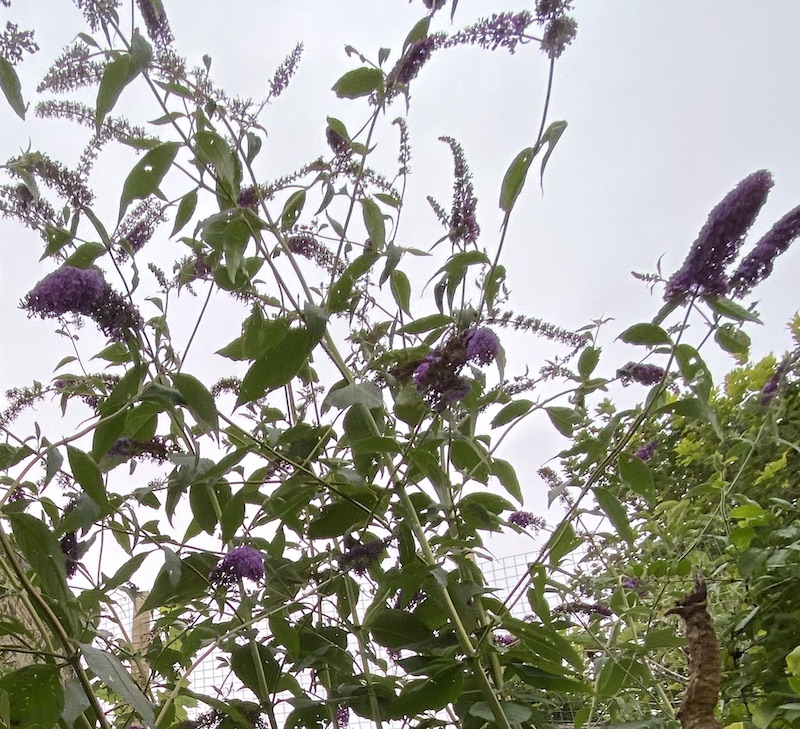 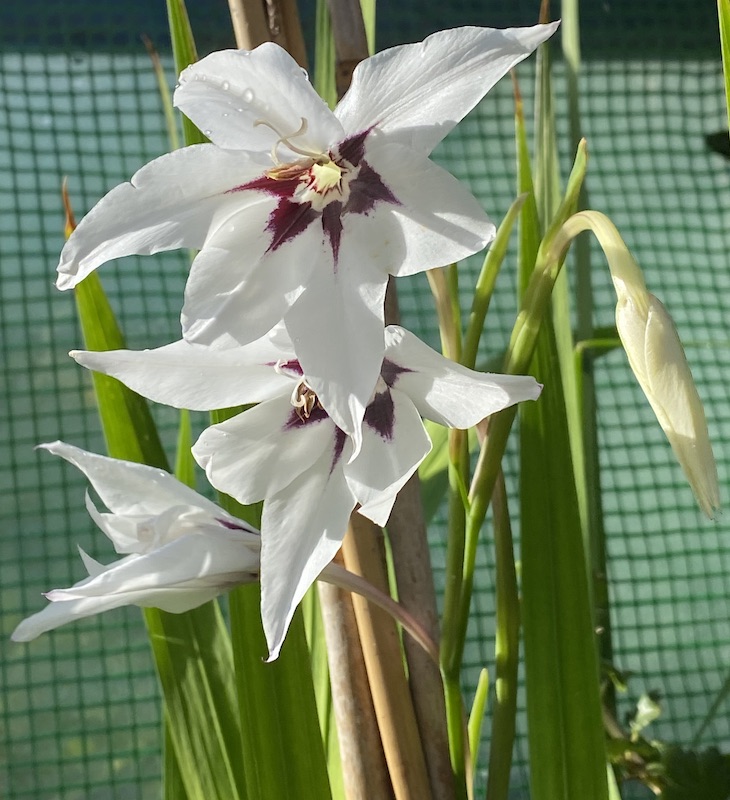 It felt brave this year to trim back the salvias to ground level, once they had finished flowering, but it proved the benefit as its now just flowering for the second time. 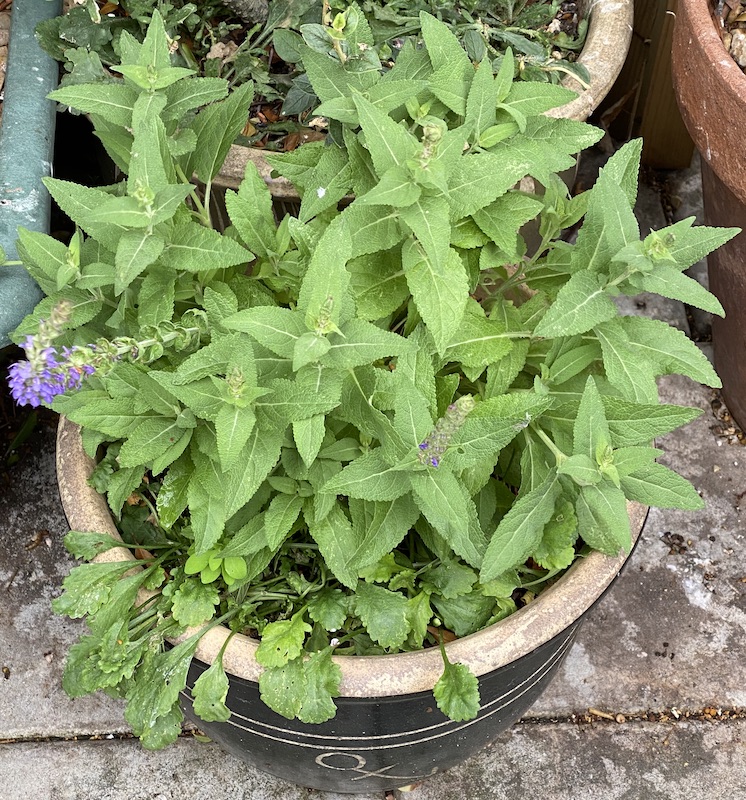