An ill wind, they say, blows nobody any good. An ill wind was blowing yesterday and I mistakenly thought it would blow some good birds my way. Rising later than intended I shilly-shallied about as the wind seemed in the wrong direction and a sleepless night put my mood in the wrong direction too. Then, fearing I would miss out if I didn’t go, I drove off to my sea-watching perch. When I arrived, I worried about whether I could do social distance birding as the shelter had two birders with scopes. I saw there was another space I could occupy safely so braved the pelting rain to make my way to the shelter.

I looked at the sea… seemingly flat despite the strong wind… 45mph should have been whipping up the surf? I scanned to the horizon, not a dicky bird! One of my fellow sea-watchers popped his head around the corner saying: ‘we’ve seen nothing!’. Disconsolate, I sloped off to the car. Maggie suggested taking a look at the bay and, as I had a scope to review, I nodded agreement.

Had it been achievable without destroying my phone there would now be a picture of plump, white Sanderlings racing along the tide line, Turnstones, Dunlin and Ring Plovers turning over the storm brought seaweed heaps. Gulls fighting each other and chasing off a Redshank or the cloud of starlings suddenly deciding to spend a day on the beach in such perfect weather! Instead, you get a crappy photo from 2014, of how it should have looked! 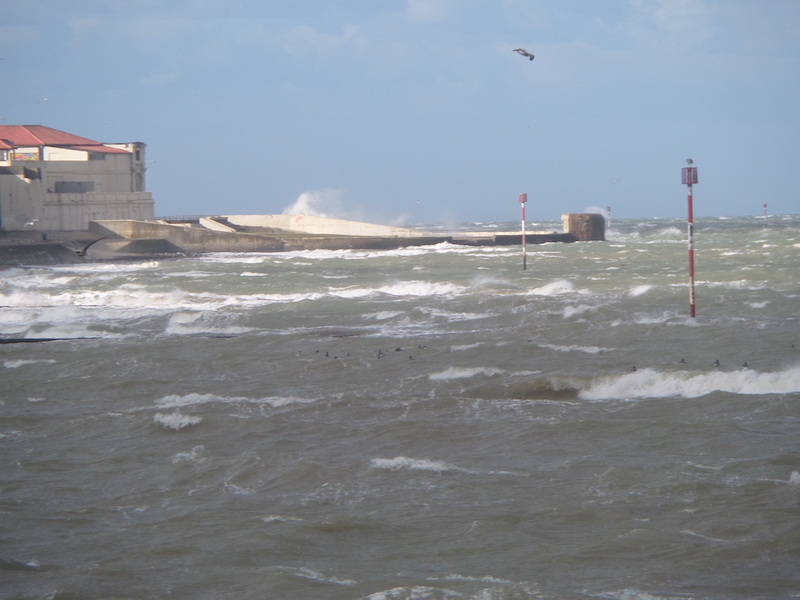 Rant it out!
This entry was posted in Uncategorised. Bookmark the permalink.