Anything about? That’s the perennial question we birders ask when we meet another, in the hopes they can ‘put us on to’ a good bird. Well Tuesday’s birding morning was excellent. We spent an hour or two along the road leading to New Downs Farm near Sandwich. A breathless but cloudy morning we parked up by the backwater of the Stour… 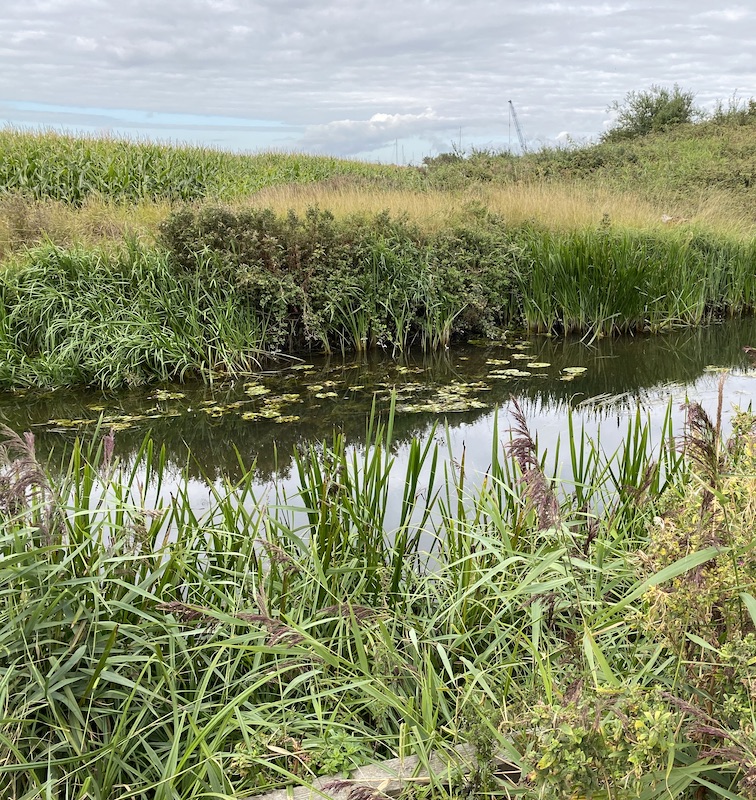 …looking across at an overgrown hedge line mostly consisting of hawthorn trees and others overgrown with ivy… being within sight of the shore this makes for a perfect feeder station for migrants before they set off across the channel.

First bird of the day was a smart Whitethroat poking around in a bramble soon in the company of another and a Robin singing mournfully as if lamenting the dying summer. A Magpie took advantage of the lack of wind to sit motionless on a telephone wire. 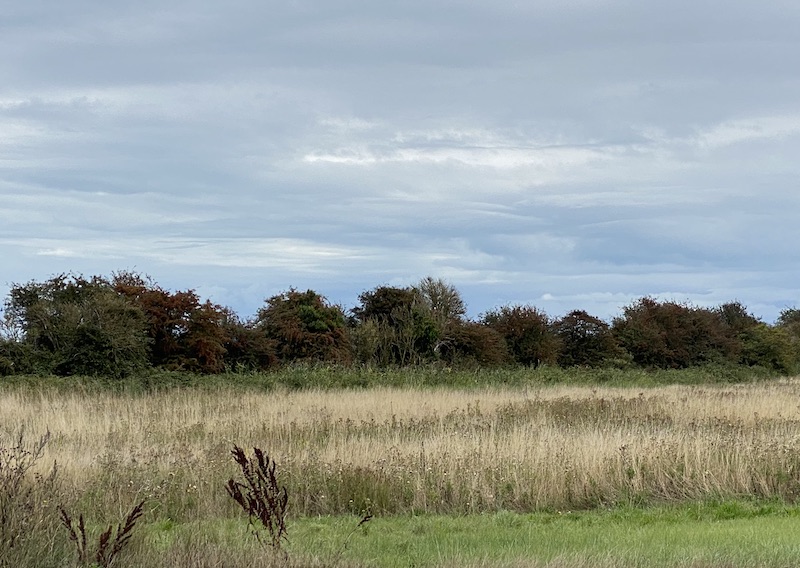 Further along the hedge a Green Woodpecker sat at the top of a dead tree, until it was disturbed by a Kestrel. But not before it had played host to a small flock of Linnets and several Blackcaps. Then, briefly, by the bird of the morning… a scrubby, juvenile, Spotted Flycatcher.

We drove further along the road to the corner where members of SBBO can park if they display their current membership badge. Here, a stand of white poplars stand around the entrance to a plant nursery and there is a footpath that leads off alongside the stour towards Stonar.

Its easy to see why this is called White Poplar… turn over the green leaves and their underside is a velvety white.

All along the path are large stands of wild Horse Radish… 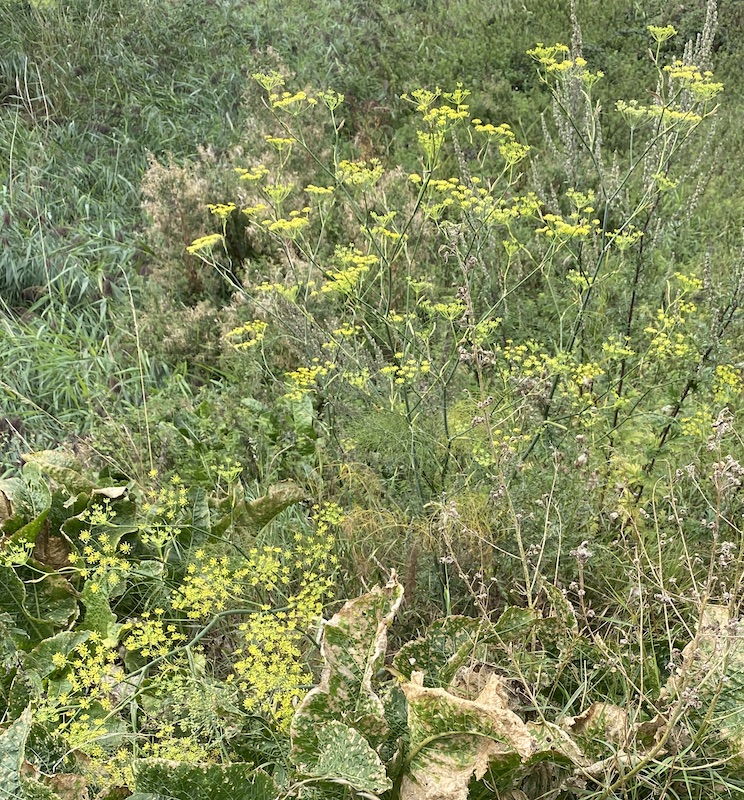 Where the path begins their is an overgrown area which looks like it was once a cut to enable boats for be loaded up. It has silted up and is a sunken reedbed next to which is another stand of White Polar. The trees here were alive with Blackcaps. 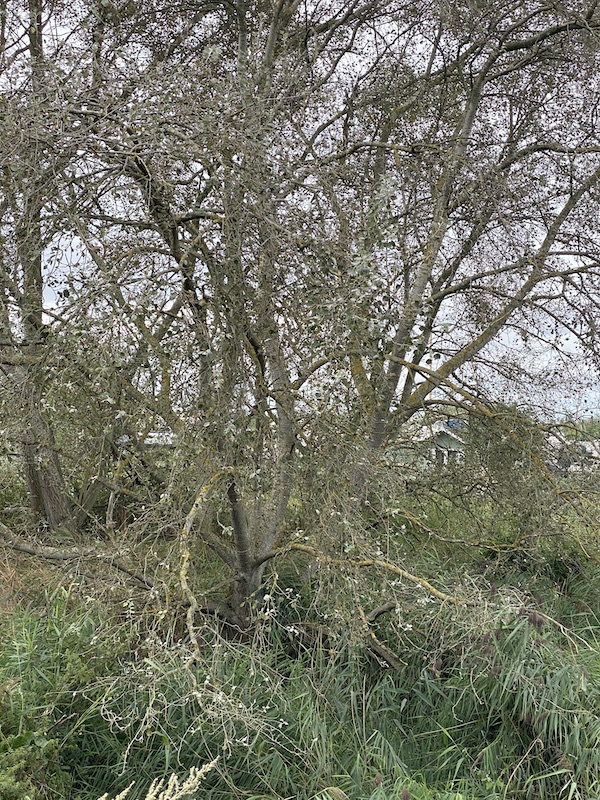 Along the pathway a flock of perhaps 50 House Sparrows were taking dust-baths and beside the track a dead tree held no less than five Magpies. 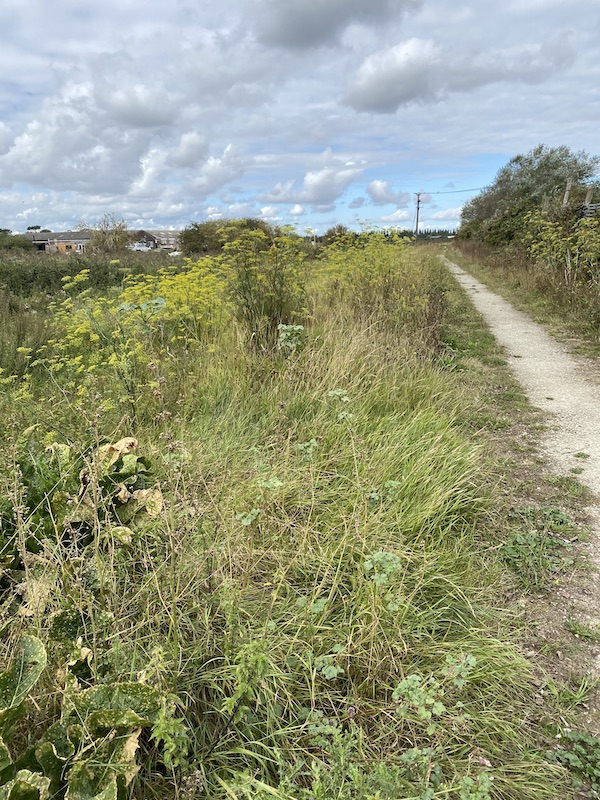