In the past I would have assumed that a bee I saw was just a honeybee, albeit a slightly different one. But today I noticed how much smaller it was and rather grey compared to a honeybee. Of course, put the pictures side by side and its clearly not a honeybee! 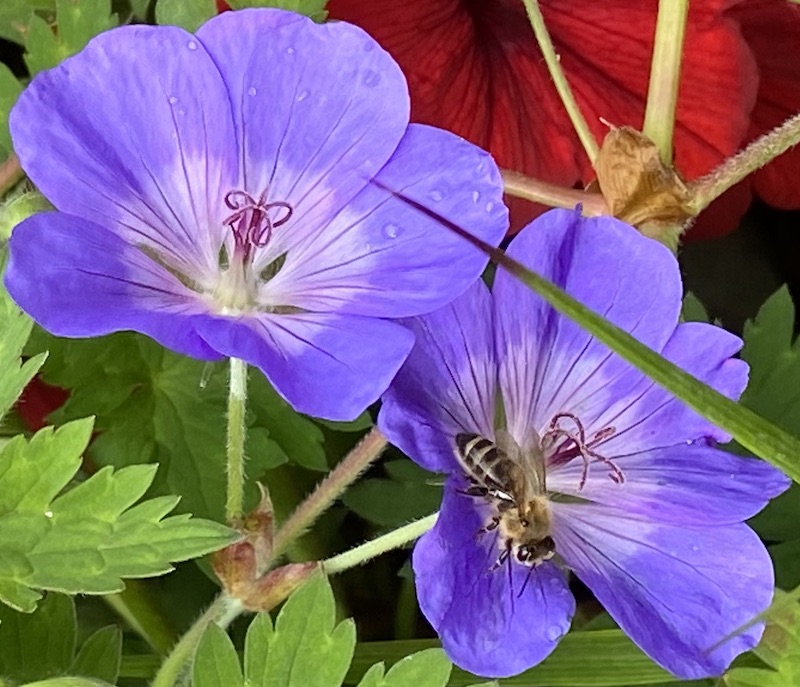 I posted pictures of this beastie on a Facebook forum on UK Bees, Wasps & Ants having made a stab at ID myself. However, was told it was probably something different. Given that it does have four bands, occurs mostly in the southeast and the chap was clearly not a bee-ginner like me, I bow to his greater knowledge. 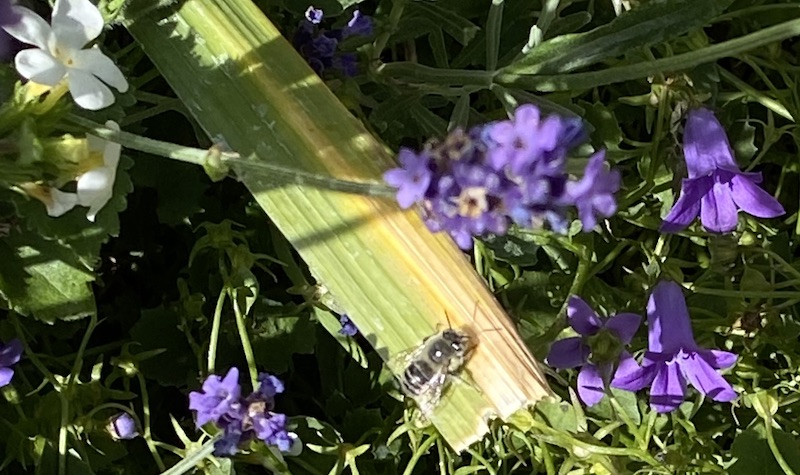 The web says that Anthophora quadrimaculata is a rather scarce species mainly recorded from south-east England. It is most frequent in flowery gardens, especially where lamiates such as cat-mints and garden lavenders are present. The bees (two) were hovering around lavender flowers. It is now regular and abundant around my lavenders with sometimes several bees present, which suggests a nest or nests close by.

There are 47 species of Lavandula across Eurasia and many cultivars 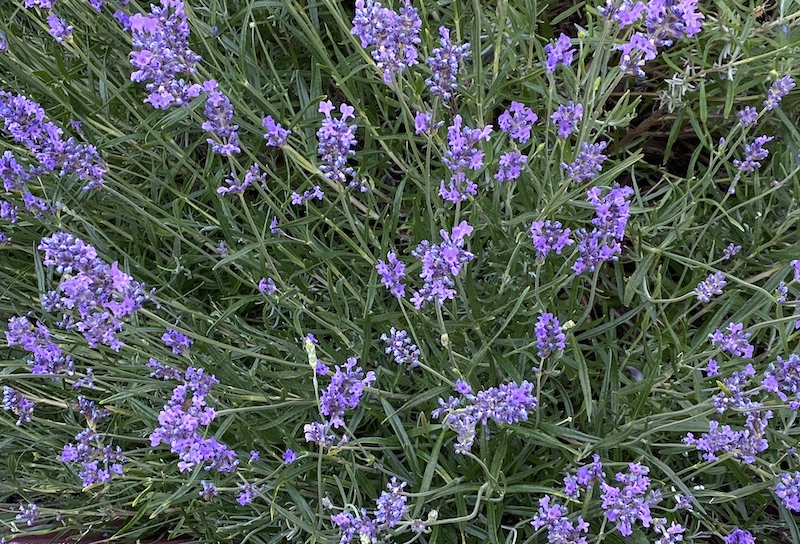 For the last three days hummingbird hawk moths have made brief appearances… none stayed long enough for a good photo opportunity. Todays visit was a matter of seconds but, for the record, here he is… about a quarter of the way down the photo at twelve o’clock.