Another species I’ve not seen for several years and a little research shows me why. They are a migrant to the UK and are sometimes really abundant and very widespread, at other times barely present. I suspect the movement of very hot air from southern and eastern Europe has brought a batch over. They peak in July and August, which makes sense as continental temperatures do too. They will sometimes breed here. I also read that one of their favoured feeding flowers are honeysuckle blooms… confirmed in the pictures below. 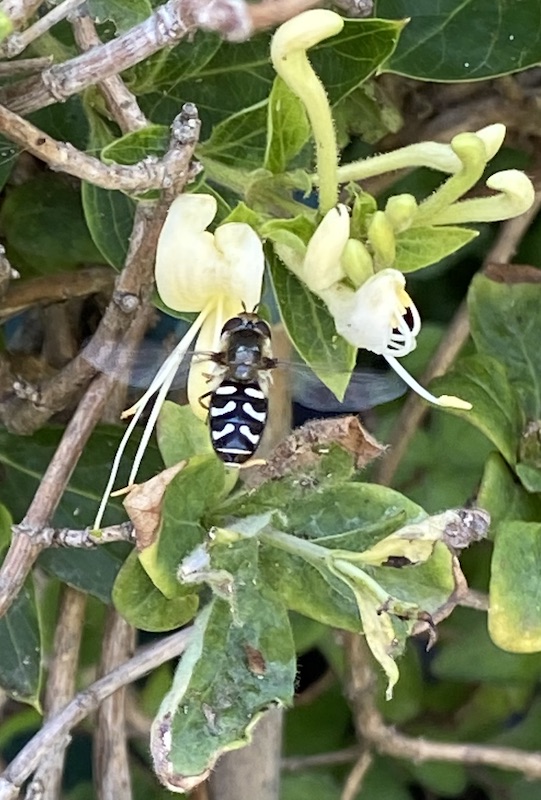 It’s one of the larger species and is distinguished in part by the white comma markings and the swollen yellow/white frons (forehead). Clearly visible below. 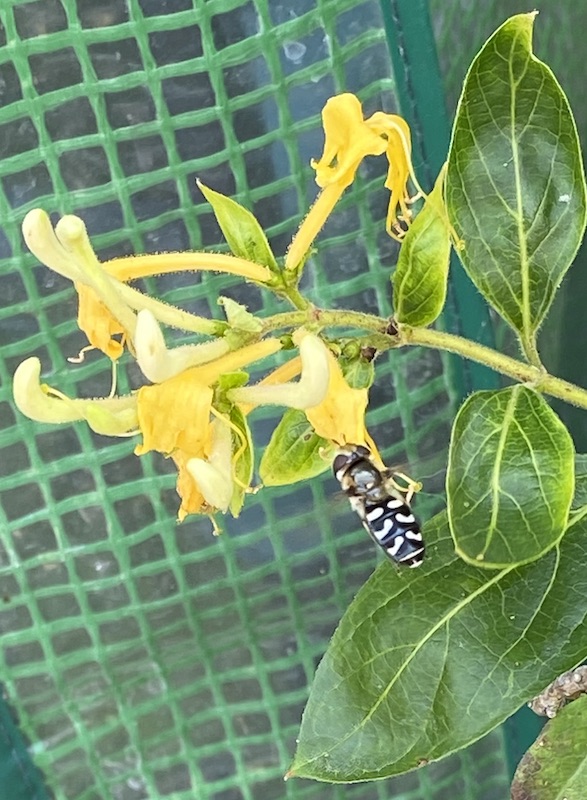 Good news for gardeners their larvae can consume as many as 500 aphids before metamorphising.

The oriental poppies that hogged the border finished flowering and had to go, consigned to the compost heap revealing the hidden gems of the border including this Sea Holly. As it happens this is in the Umbellifer family, also favoured by the pied hoverfly. I particularly like the purple stalks. 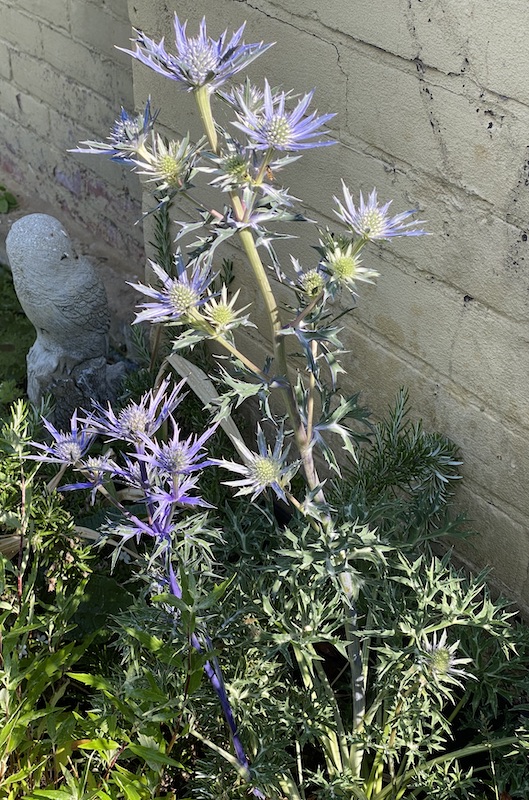