They say that most countries have climate, and we have weather. Experiencing all four seasons in the course of one day is not so uncommon here. Mind you, the rest of the world is catching up as extreme weather events seem to be becoming the norm.

In New Zealand my sister was in lock-down to avoid a Tsunami warning which, fortunately came to nothing for her and the earthquake was nothing to worry about, but the heat was oppressive. In deepest Russia a friend was telling me he was seeing the first sign of Spring, which in his case was the temperature rising to 20 below zero!

So here in blighty, two photos taken a week apart… 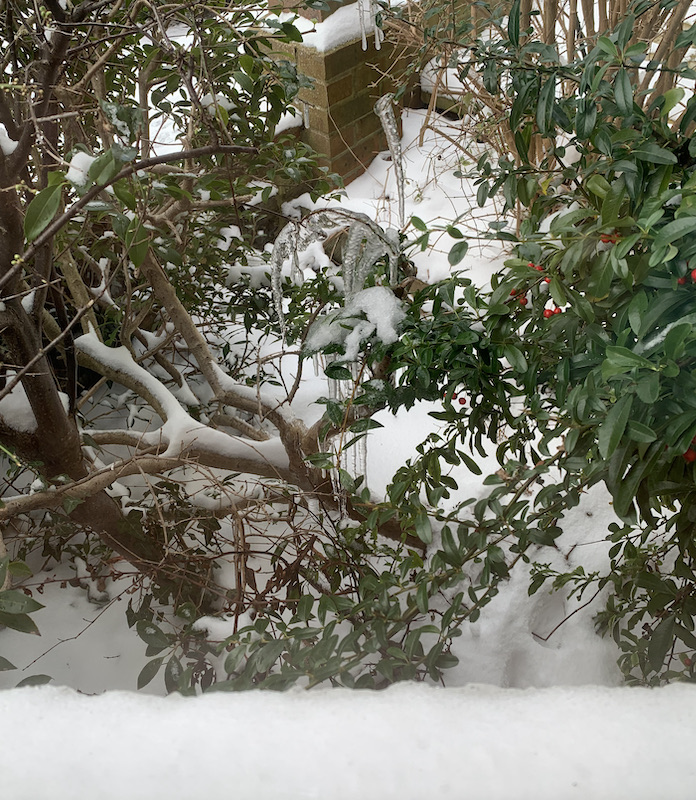 Our tiny front garden taken from the sitting room window replete with icicles. Below, is a week later at a local nature reserve… still chilly but gloriously sunny with blue skies and birdsong. 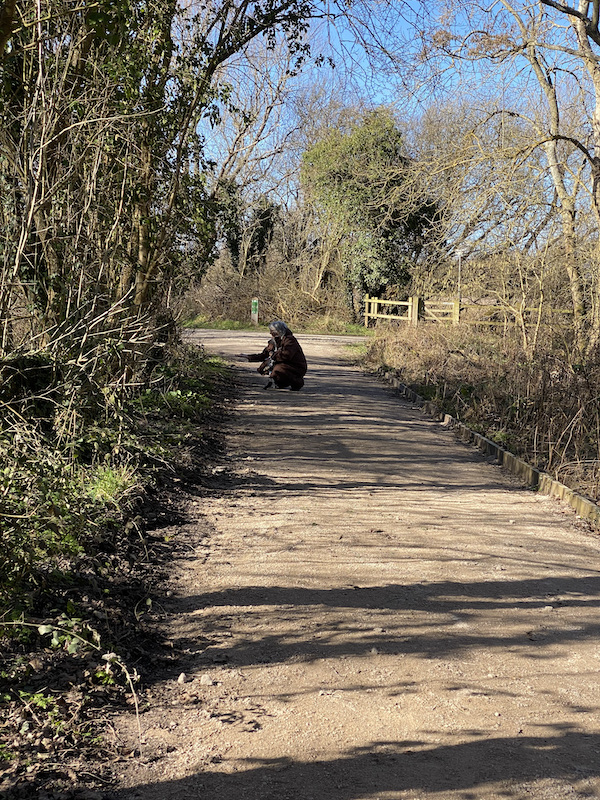 Mrs grumpy can be seen feeding a very tame robin until a rival chased it away.

The garden suffered the snow blanket for a couple of weeks… which is as much as we had have in the previous five winters put together. Plants that are annuals in most of the country were in shock here and much new growth has been shrivelled by the frost or broken down by the weight of snow. My strategy has been to cut back hard to encourage new growth in the hope of saving plants, but I fear there will be a lot more gaps to fill this year so I’ve taken advantage of some on-line offers, and ordered loads of perennial plugs.

It’s too cold again to get gardening, but hopefully it will soon warm and I can finish the garden’s spring cleaning.