Up at sparrow fart to go birding before the crowds arrive. Maggie may never recover from the shock to her system… a morning person she aint! On the road in we slowed twice as Red-legged Partridges ran in front of the car for ages before having the sense to hop on to the verge or fly into the mown fields. It meant by around 7.30 we were scanning the East Flood at Oare KWT Nature Reserve. 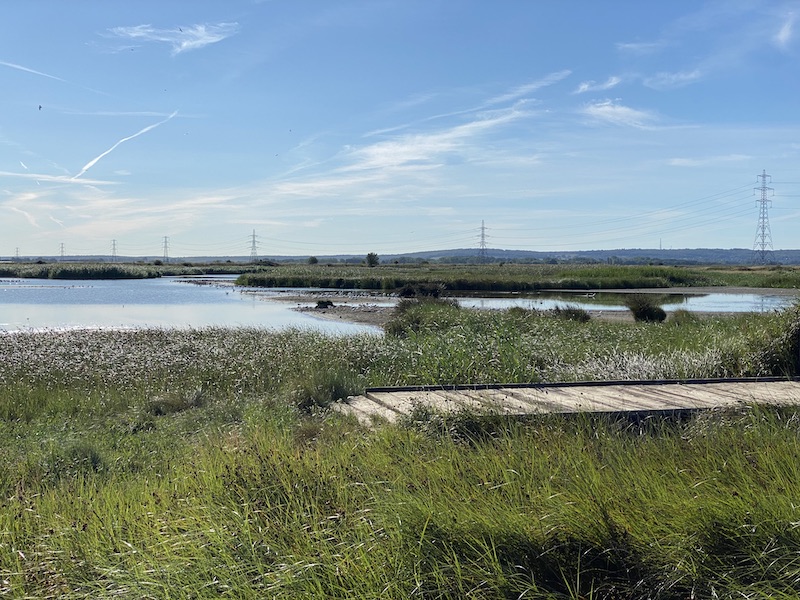 Nothing much more than when we visited a week or so ago… but enjoyable anyway. It’s probably the only place in the UK you can see well over 200 Black-tailed Godwits all together. Groups of ten or so avocets scythed the water. Dozens of Dunlin scampered about on the mud. A quartet of Ruff in various dress wandered around and the Lesser Yellow-legs fed with one of the many Redshank… just so comparison was easy. Among the godwits a moulting Spotted Redshank was tucked up. Earlier, when I first found the yellowlegs, I realised it wasn’t! It was a Wood Sandpiper. Half an hour scoping every wader in the massive roost of godwits, redshank and dunlins was eventually rewarded with a smart Curlew Sandpiper. The Bonaparte’s Gull was probably among the Black-headed as were definitely a couple of Med Gulls. 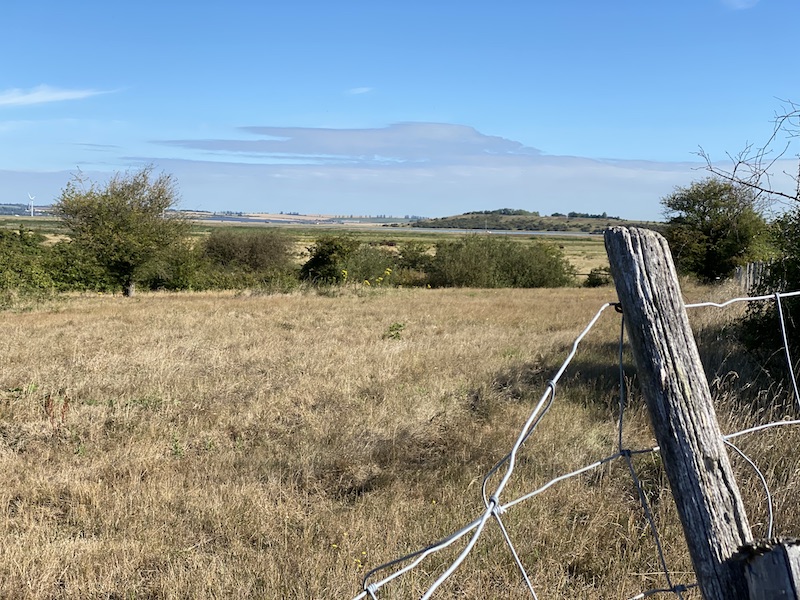 Looking back at the Western part of the reserve

Elsewhere a few ducks, Grey Heron and Little Egret, several Pied Wagtails but no yellow and a disappointing lack of Whimbrel. Cetti’s Warbler calling from the reeds and a few other birds whose calls were mostly lost on the breeze.

Having heard a few migrants had been about at Sandwich Obs a couple of days back we decided to end our morning there. En route we detoured to Pegwell Bay and to the area just short of the toll where a drain from the Stour runs. At Pegwell a few Common Seals and lots of gulls and waders all hard to see clearly in the heat haze but at least one group of Sandwich Terns loafing at the water’s edge. Sadly, the ‘garage pool’ had been allowed to completely dry out. As I watched, Maggie took pictures of some beetles that landed on my back including the Seven-spot Ladybird. 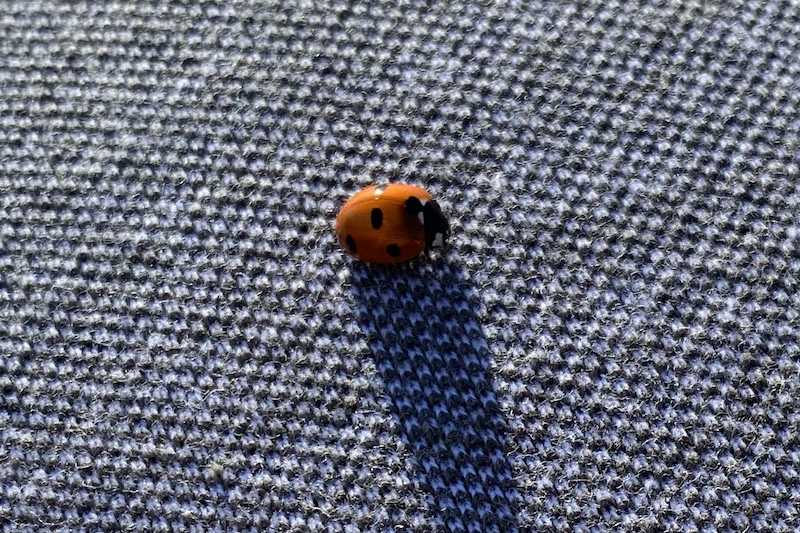 The area near ‘New Downs’ was alive with odonata. Skimmers, Hawkers and Emperors as well as a couple of Damselfly species buzzing over the crystal-clear waters. Nothing very exciting on the Old Deal Road, but a pleasant watch nevertheless enriched by a couple of hares racing about on the RSPB closed reserve. 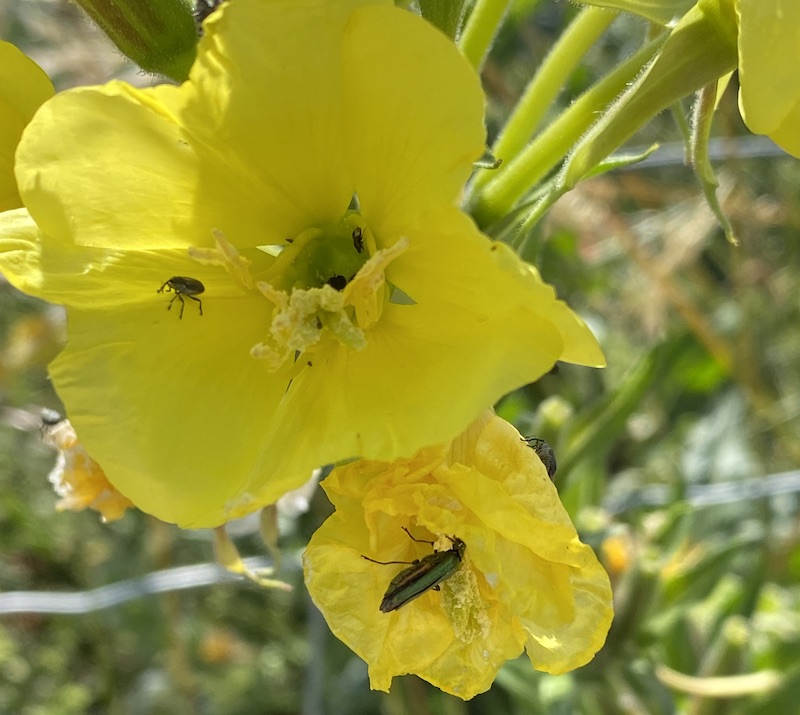 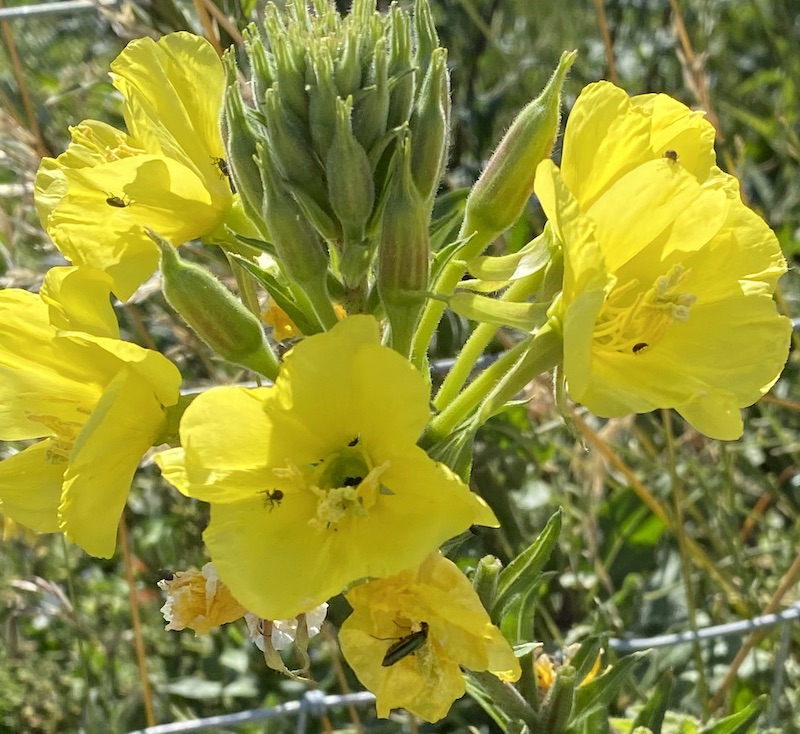 Near Restharrow we stopped and watched the bugs on the wildflowers there and around the (closed) very overgrown footpath to the scrape. The rich vegetation is even richer in buglife. 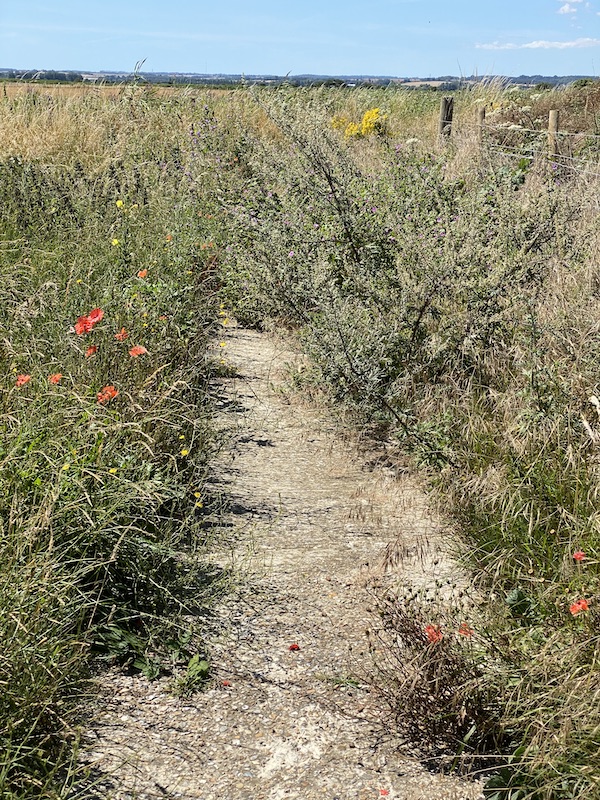 Maggie spotted a Bullfinch which I mostly missed apart from a very fleeting tail view and its croaking call from deep among the vegetation. Searching for the Bullfinch I saw a pair of Lesser Whitethroat. Meadow Browns and Gatekeepers everywhere. 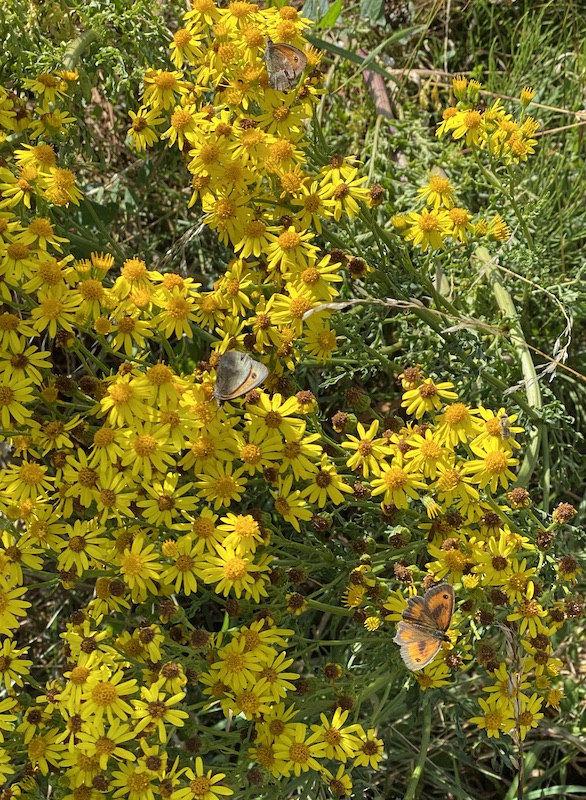 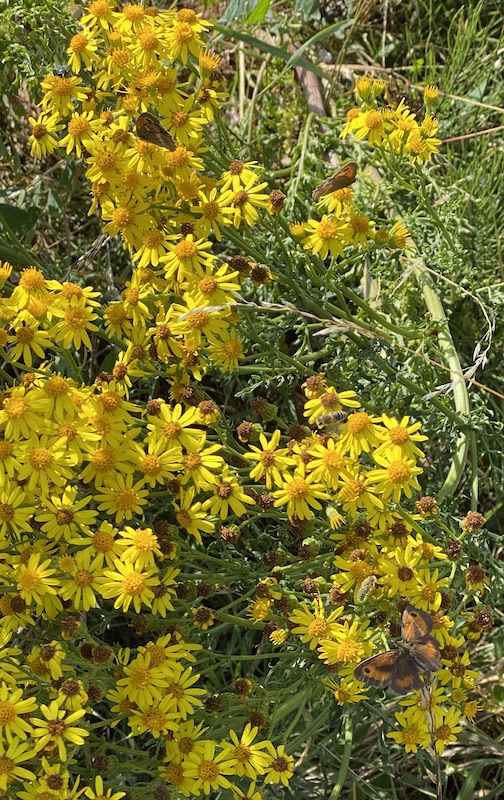