If the summer of lockdown was characterised by the companionable song of the Blackbird, since the clocks went back it is now characterised by the slightly melancholy song of the Robin. I watch him calling from the fencepost each morning as I draw up the blind in my study. He is first at the suet feeder, although he is much later at the caches of mealworms Maggie hides in the bushes. 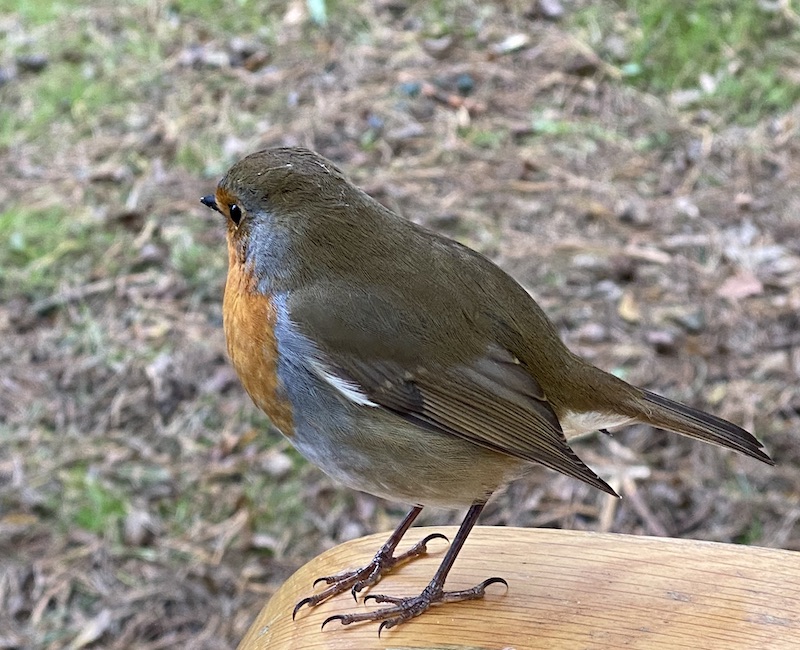 I’m not quick enough to snap him in the garden, so I’ll use this as an illustration; the confiding Robin in the Elms at Sandwich Bay Bird Observatory, keeping half an eye out for trouble.

Was going to look at the sea today but decided instead to drop off some books for SBBO and see if there was anything about.

It was pretty quiet with a few swallows passing through and the ‘usual suspects’ along the Old Deal Road, 10 Grey Partridge, Pipits, Linnets etc. The weather alternated between sunny skies and heavy showers creating spectacular rainbows over the golf course. 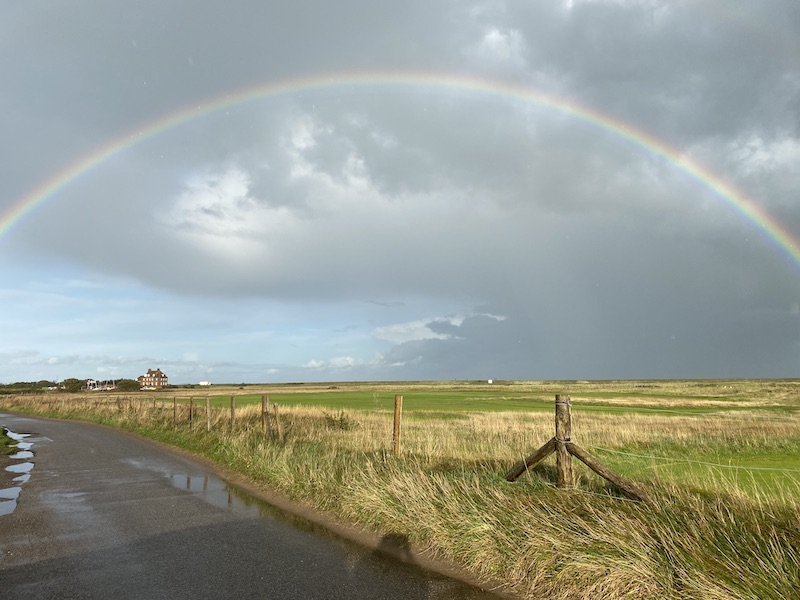 Including a double one. 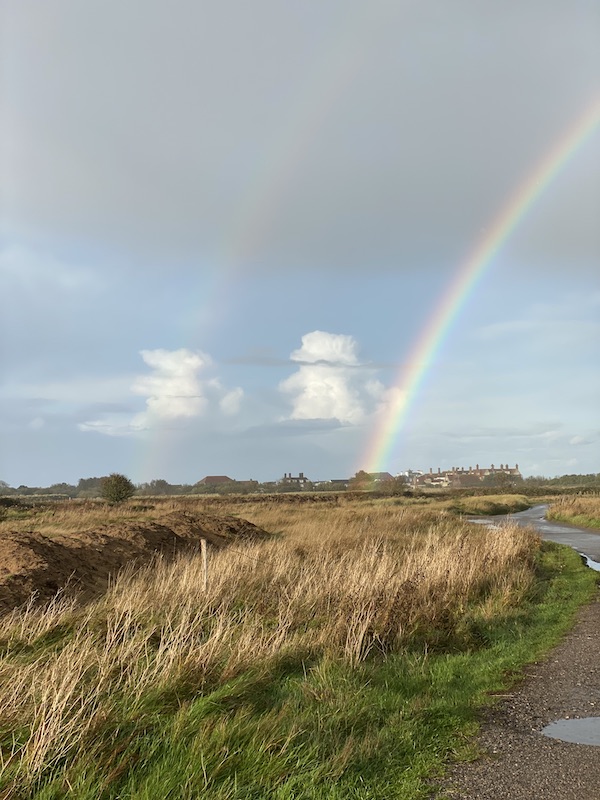 As we looked at the really distinct colours a bird dropped onto a heap of sand, obviously a large pipit. Getting the bins on it we were delighted to see a stunning Richard’s Pipit. No sooner had we had a good view and it was off over the marshes. Timing is, they say, everything. One minute we had a pristine pipit in view, the next it was gone without a trace.