Another fungi foray took us to fields, copses and hedgerows without a single fungi to be found… was I wrong in thinking now is the best time of year for fungi?

Still, it was definitely not a fruitless outing. No birds this time but some close encounters of the odonata kind, resulting, I think, my best ever dragonfly pictures. Everywhere we went there were large dragonflies on the wing, but few photo opportunities. Eventually, we hit upon the idea of a visit to Sandwich Fishing Lakes. We had never seen it so crowded… I guess Covid-19 has meant a lot of people rediscovering their inner angler as it was one of the first pastimes where restrictions were lifted. In one of the carparks a grassy, bramble-clad bank, some tall poplars and a hedge of reeds gives great mixed habitat next to lakes.

Below are two species, the first giving me perfect photo opportunities resting at shoulder height on an Aldar tree. Below that not quite such good photos of a male and female of a different species sunning on a rock. I dedicate the first picture to JT as he loves dragonflies, noting that today is World Mental Health Day. 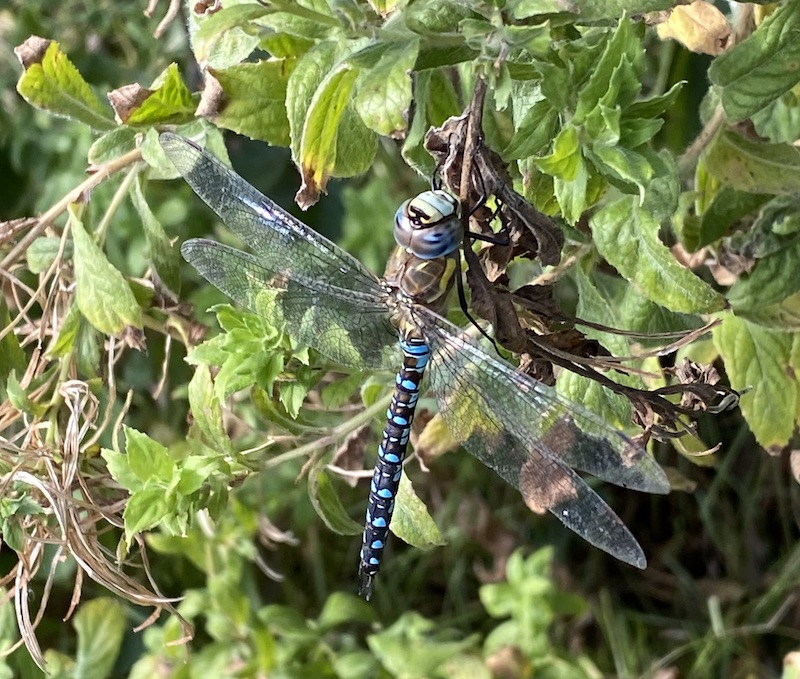 The diagnostic feature here is the yellow ‘wine glass’, triangular mark at the top of the abdomen. 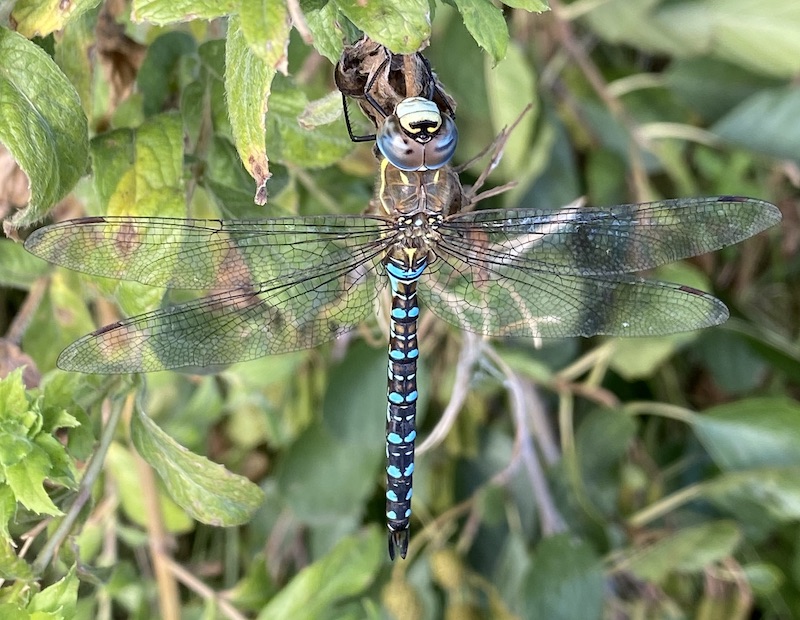 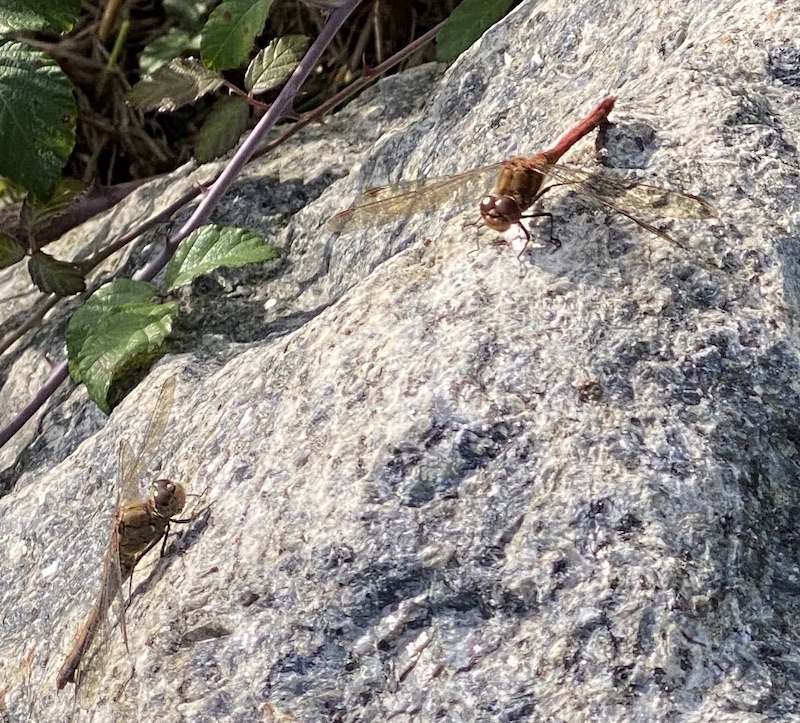 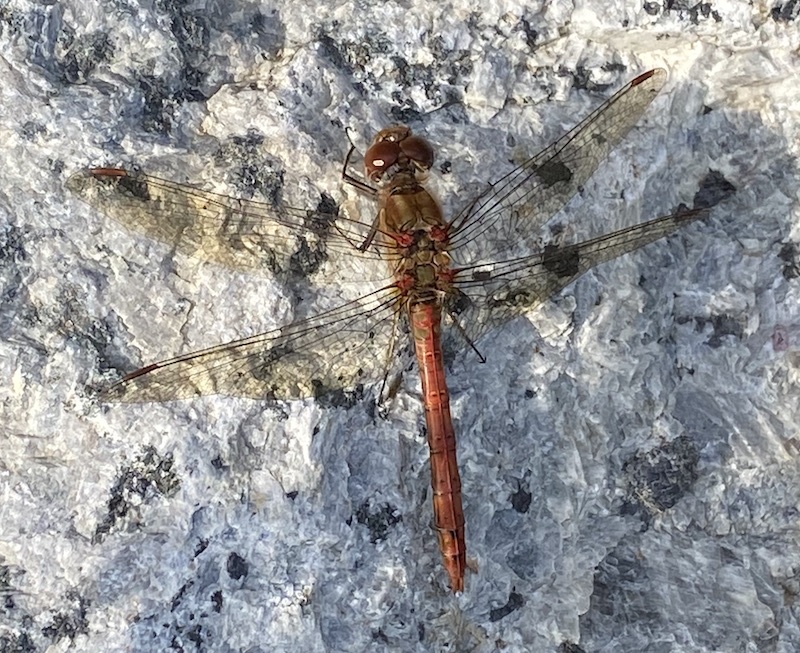 Male above Female below 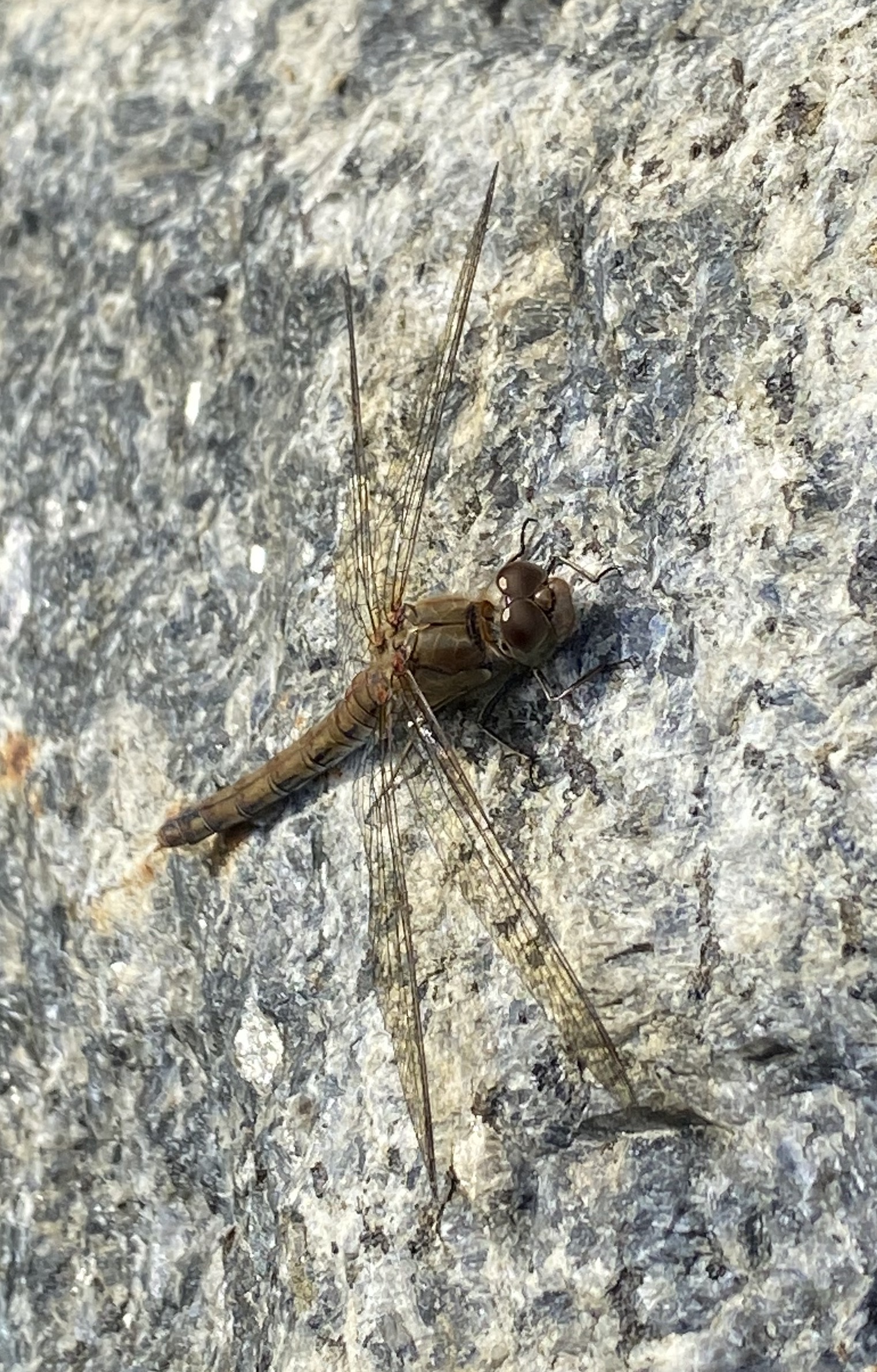