Fruit growing is for the birds!

You can eat leaves, flowers and seeds of nasturtiums. The leaves and flowers make for a peppery salad and the seeds when pickled are redolent of capers. 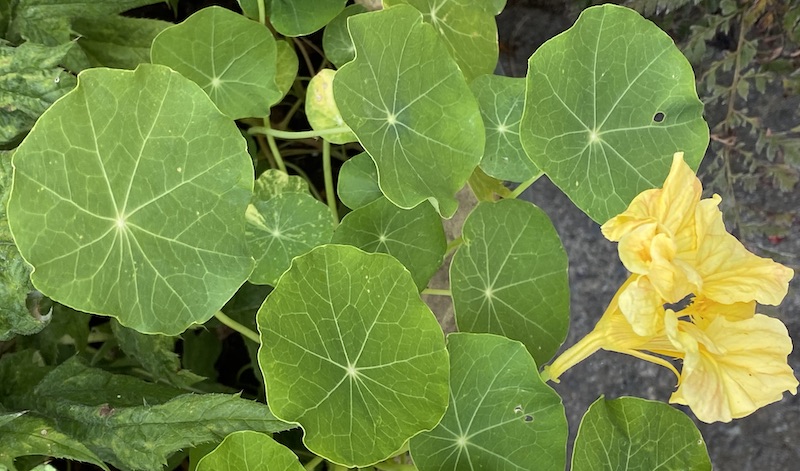 Regular readers will know that our garden is somewhere to relax and enjoy the flowers and wildlife. So, it will come as no surprise that most ‘produce’ is grown for its look and wildlife use rather than for the kitchen.

Having said that we do grow a few culinary herbs and will eat any fruit the birds don’t eat first. 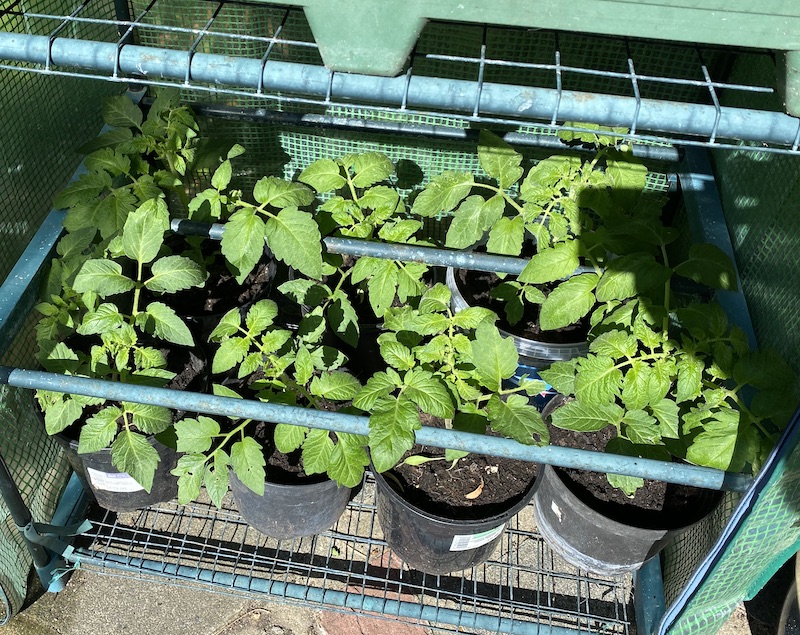 There is an exception… some years I plant peppers and tomatoes, the latter almost being my staple diet! 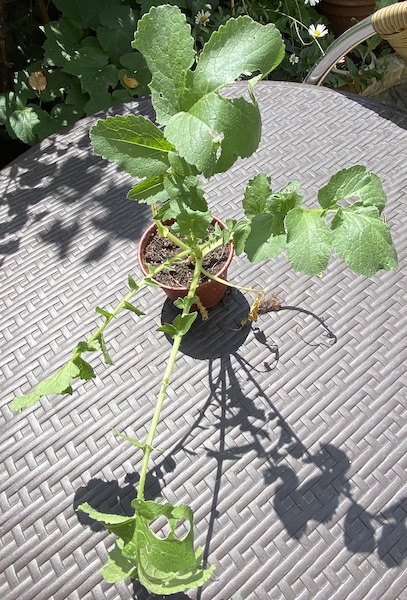 This year we got off to a typically rubbish start. I had sent off for both seeds and plants but lockdown was delaying everything. What I did have was a packet of seeds, the words in Polish (I think) with a lovely illustration of a pepper plant covered in bright red and juicy peppers. So, the seeds were sown and as soon as the first true leaf was out they were pricked out into larger pots to grow on until ready for their final re-potting. But my best laid plans went awry fast. I kept looking at the leaves convinced that they must be a very odd variety as the leaves were just wrong. I continued to lavish loving care upon them but my suspicions were confirmed as, instead of growing up the short plants leaves grew larger and I began to notice the bottom of each stem was pink and beginning to swell. Turns out my peppers are radishes! 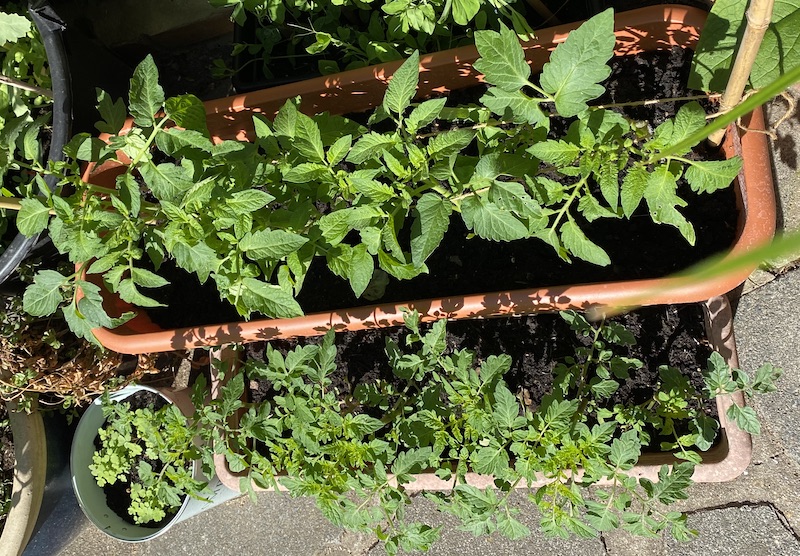 Tomato seeds arrived and I planted them out and Maggie retrieved our mini greenhouse from the garage. Potted on they were doing well and I planted them out in troughs and pots and into the sun on the day my sent-for plugs arrived. Disappointingly they were small and had been bashed about and bent. They are still trying to catch up my seed-sown plants. Wish me luck that I get a good crop. 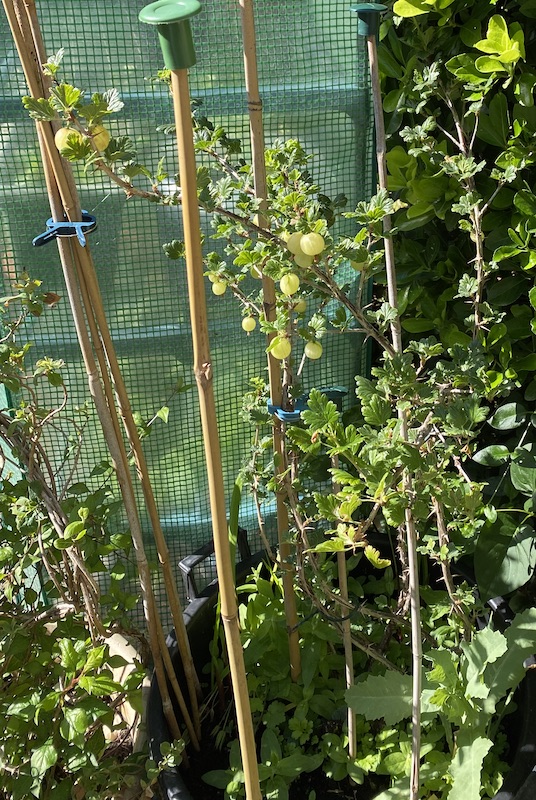 Maggie had fond memories of eating fresh gooseberries and a plant was procured. It produced fruit last year and Maggie tried them out – they never seemed to ripen and once in the mouth sucked ones cheeks into ones gums with their incredible sourness. The bush is fruiting again and we hope they mature better this year. 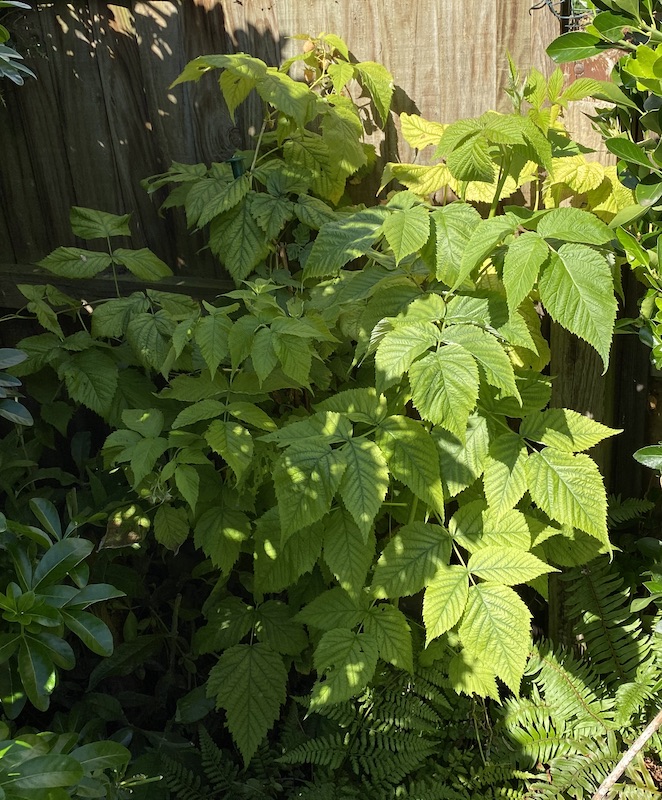 My raspberry cane is doing better this year in a less shady location and I hope to get a few mouthfuls but I’ll have to be up earlier than the birds who always eat all our cherries. 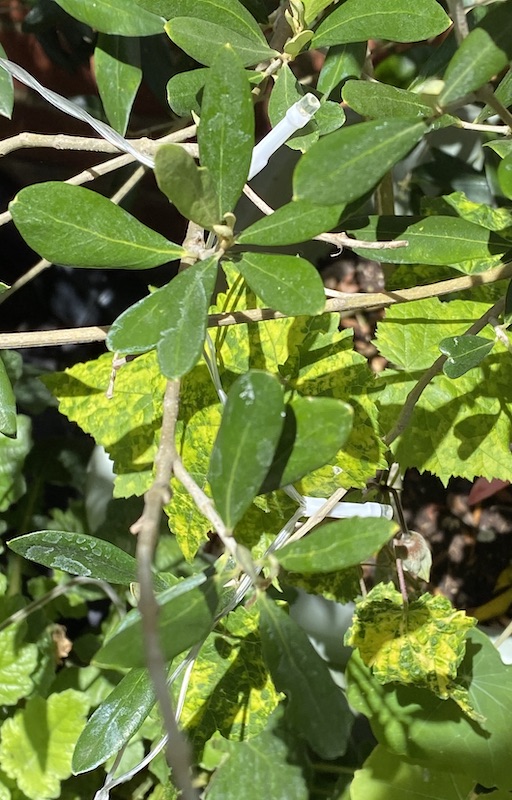 We also have an olive bush that fruits heavily, although we’ve yet to harvest them… 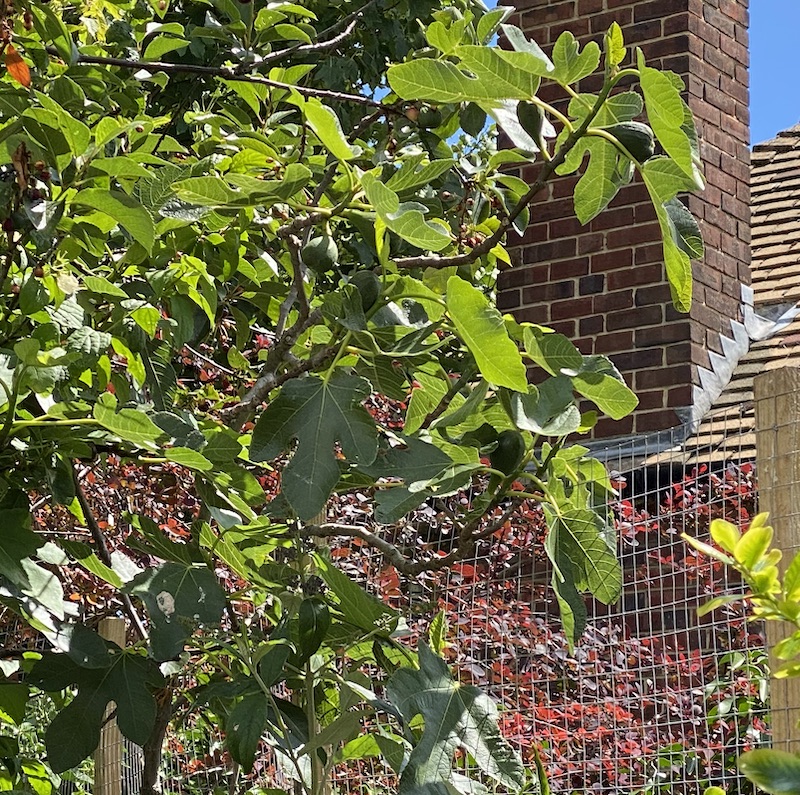 …and a fig tree which was rather hidden until this year and is laden with figs… shame neither of us likes them. 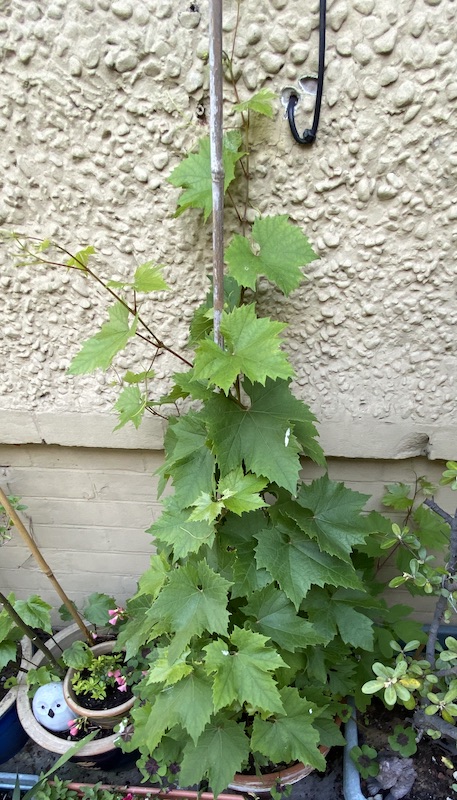 The grapes are strictly for the birds!