I know virtually nothing about spiders. With a genuine arachnophobic partner, I’m not given to much close examination. Over the last three or more decades it’s been my job to check hotel bathrooms and the underside of restaurant tables for hidden evil. In many years of world travel she saw few spiders, partly because I saw them first. There have been a few scary encounters including one spider the size of my hand clinging to the underside of a restaurant table in West Africa. Most notable perhaps were some fist-sized and hairy red spiders in Zambia that I was told to deal by she-who-must-be-obeyed. Naked in the middle of the night I attempted to despatch them with the only available weapon, an empty coke bottle… they pushed back!

However, I recognise this critter as some sort of jumping spider… not least because it jumped. At less than half a centimetre even Maggie would not be too scared. Mind you, when I enlarged the photo and saw that it was carrying a fly it had just caught I am also grateful that they inhabit the micro-world. 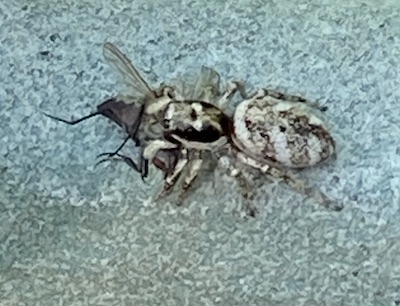 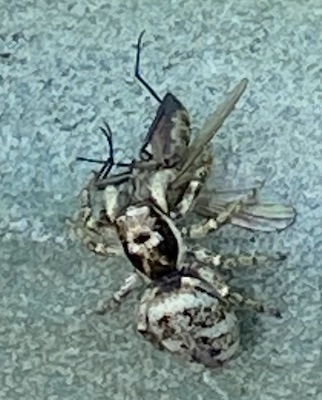 A good look through the WILDGuides fieldguide Britain’s Spiders* leads me to believe this is probably a Salticus species, possibly Salticus zebraneus. It’s hard to tell when their markings are very variable. Its right for the ID in the book, although that critter’s habitat is not quite right and its distribution apparently stops ten miles away. 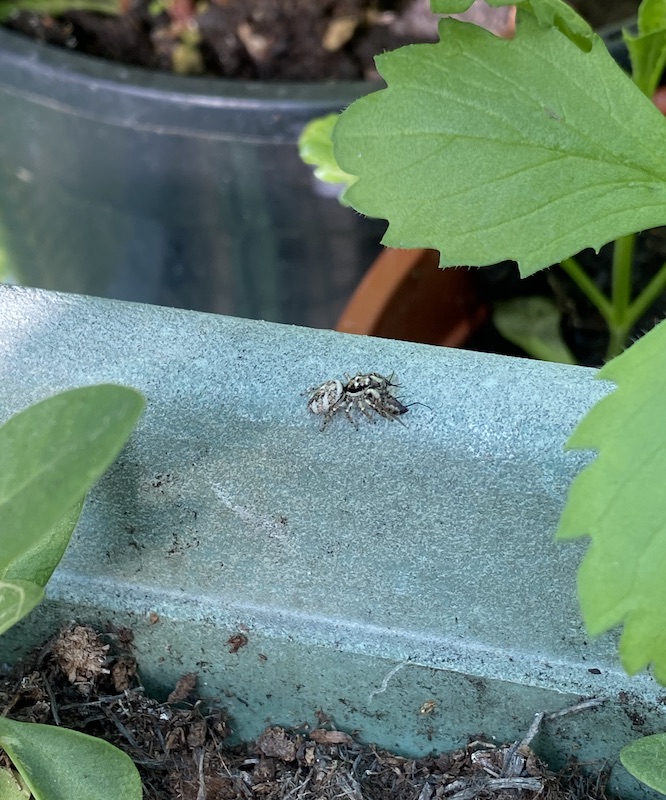 This shows just how small the predatory beast is

By way of light relief this frog is a recent addition to my garden thanks to an old friend acknowledging my great age is about to mark passing of yet another year. 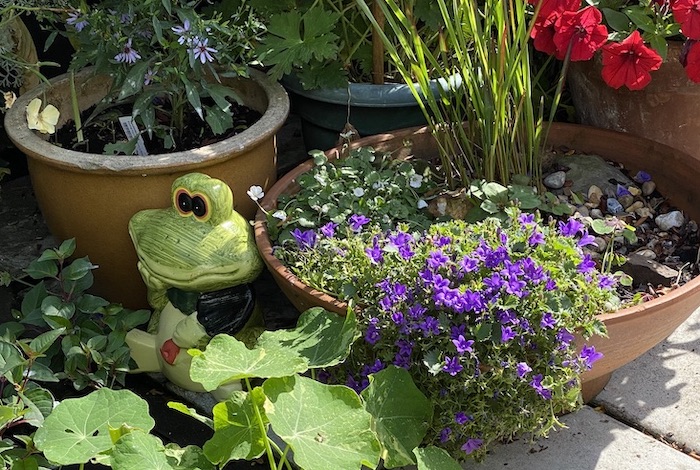 *Buy this book from NHBS