Some more local foraging along hedgerow and in the park produced a few new fungi and several we have seen already. It was interesting in the park, to see what had become of a fungi which was in a magnificent state a week ago and is now no more than the blackened remains. 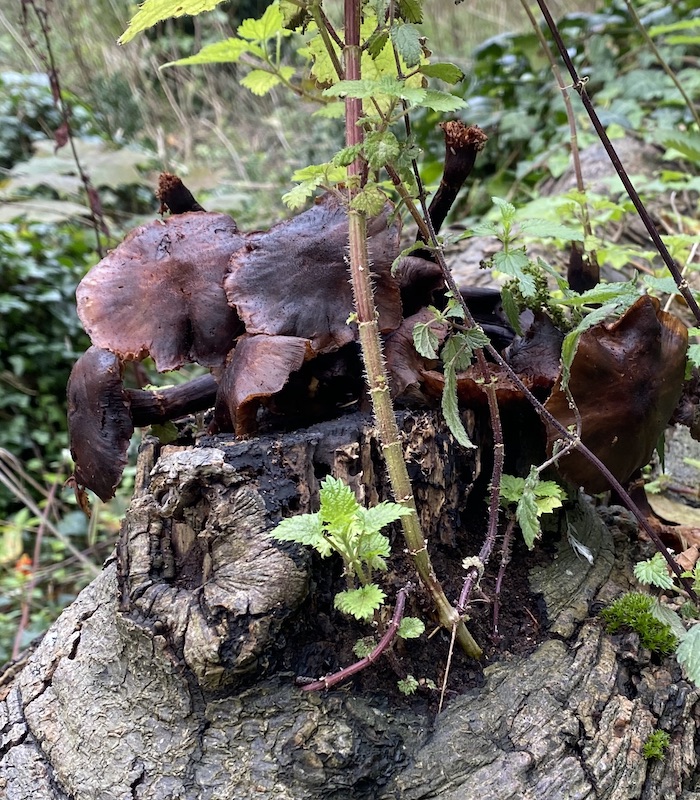 Nearby a new, or previously unnoticed fungi. 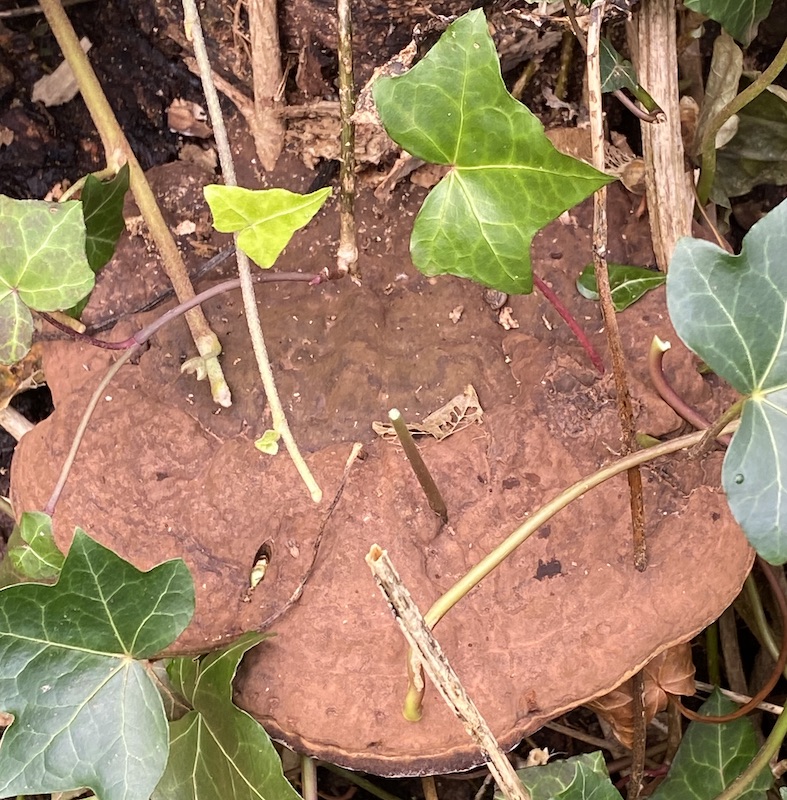 Along the hedgerow no fungi but more of Autumn’s ‘mellow fruitfulness’… two fruiting bodies. The first rather ‘moth-eaten’. 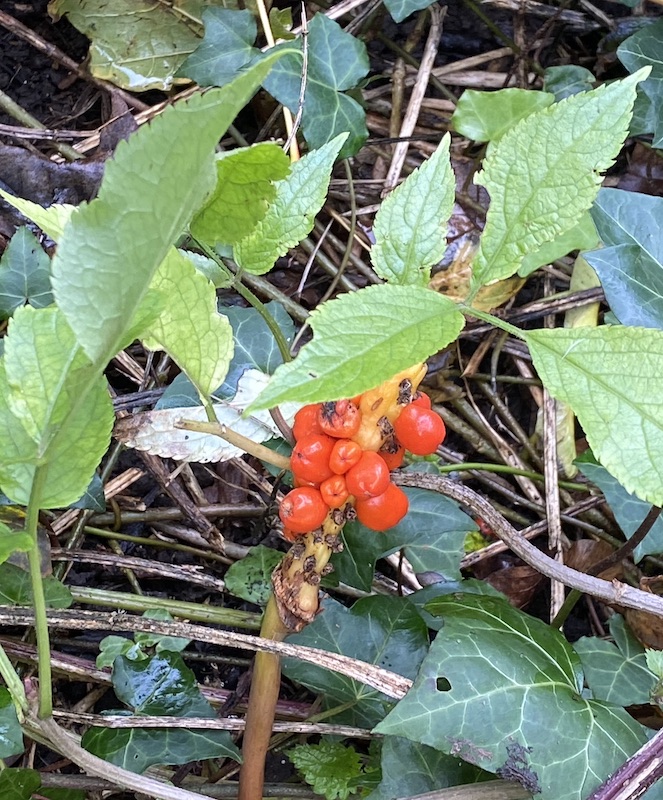 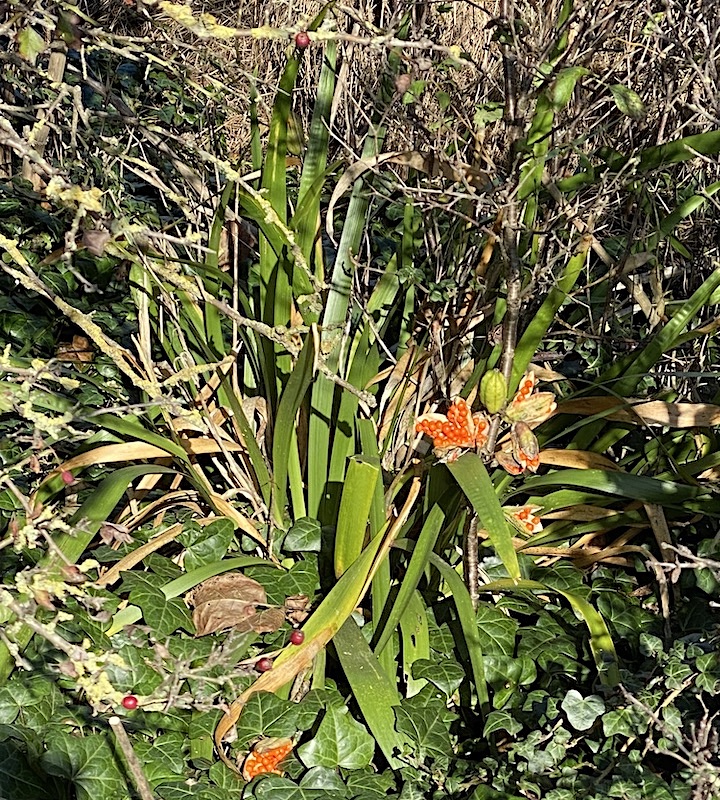 On a cleared woodland edge a number of nightshade plants. Without seeing the fruit I would not confidently identify the species… but I think it is what we grew up calling ‘woody nightshade’ which has vivid red berries as opposed the the jet black ones of deadly nightshade. 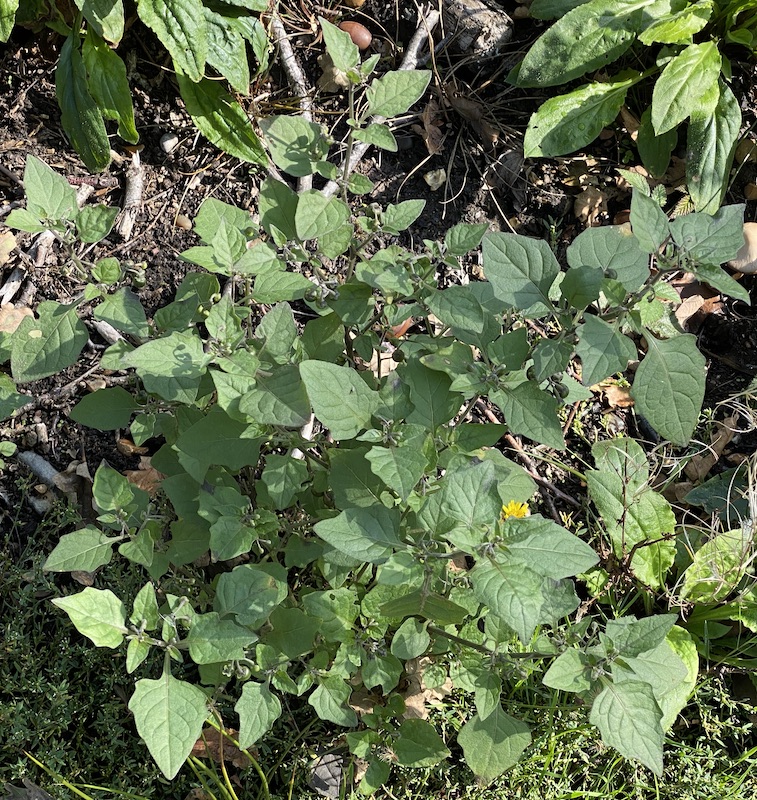