Golden locks and the three bears

Golden locks and the three bears

So, this month starts with a fairy tale… in more ways that one.

It seems like the whole scientific community are trying to put the brakes on the government who are determine to leads us over the cliff into a second wave of virus. With the same infection rate as when the lockdown was imposed, government says its OK to send kids back to school, open more shops, allow small gatherings and let the shielded out for exercise. People still leading government will vote with their feet. Those who think they are immortal with follow the government, the rest of us will make our own judgement calls and stay locked down, socially distanced and home teaching etc.

Meanwhile a fairy tale has unfolded in my bijoux haven.

I’ve bitten the bullet and got out the books rather than continue to accrue photos of unidentified bugs. This was brought on by observing three different sized hoverflies on one osteospermum bush. It’s easy to see the relative sizes that way.

Daddy bear has no common name and is nearly the size of a honey bee. It’s one I have encountered many times in the garden and is common literally the length and breadth of Europe. 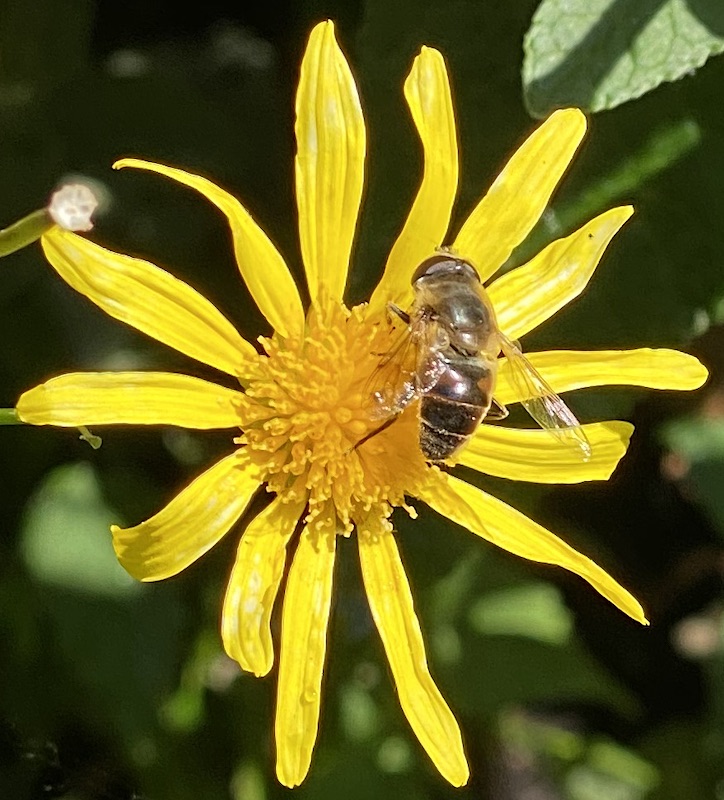 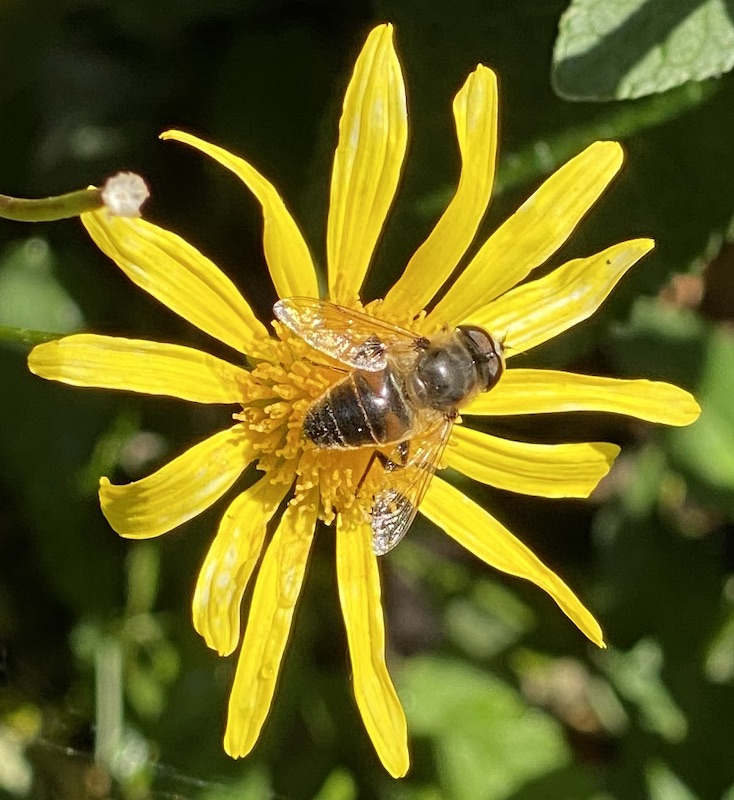 Considerably smaller, mummy bear is already a star of this blog. The Marmalade hoverfly is even more widespread, common across most of Europe, Northern Asia and northern North America. It is probably the hoverfly I see most of from early Spring through to late Autumn and in most numbers too. 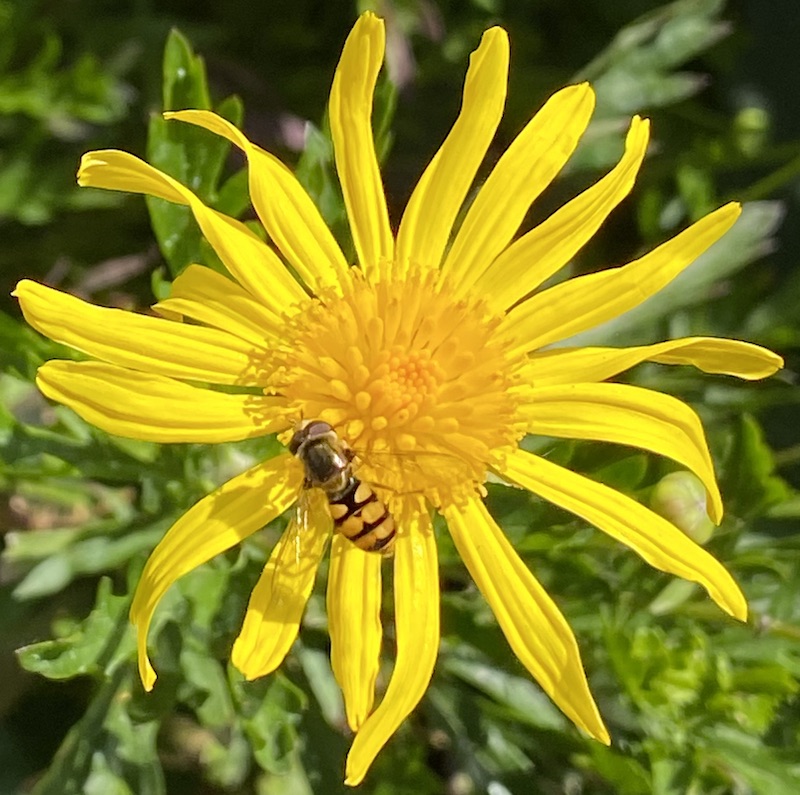 Then we come to the diminutive baby bear, the Thick-legged hoverfly, a tiny species, easily overlooked and dismissed as an ordinary fly until you realise it hovers. Moreover, unless you get really up close and personal, or get a photo, its charms can be lost. The images show it too is a little jewel of the universe of small things. I find that it is hard to get wrong if you can see its eponymous feature, hind leg thighs thicker than a prop forward’s. 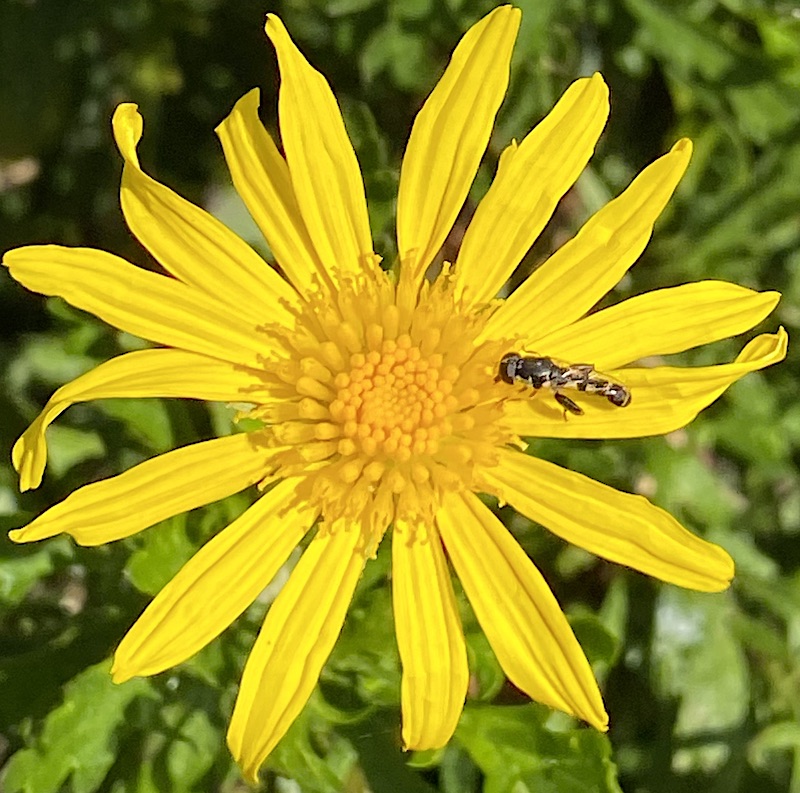 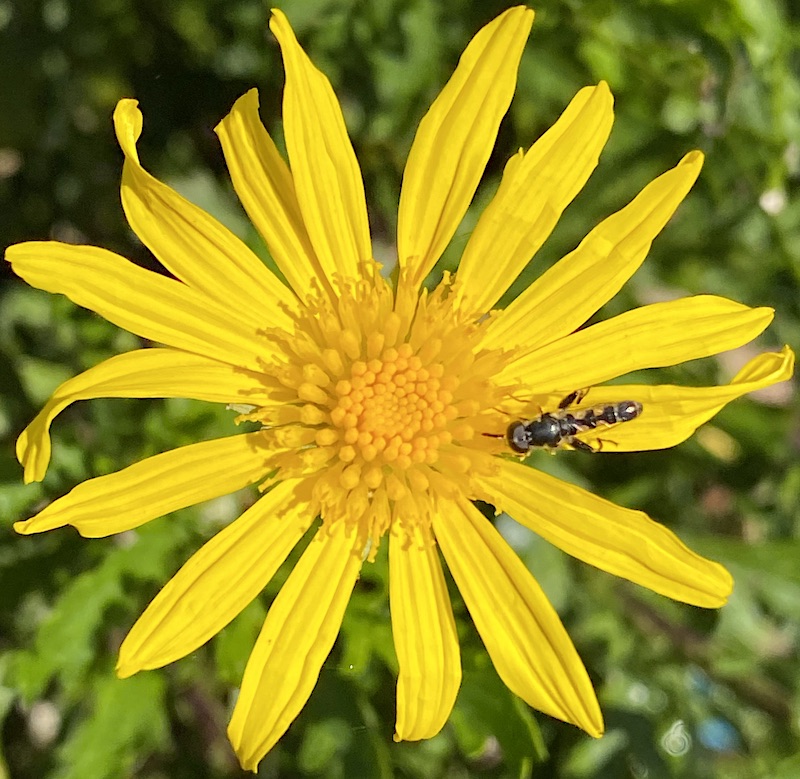 As for Golden Locks… that’s me these days, what hair isn’t silver with age is being bleached golden by the sun as I sit among the flowers, eating my early morning porridge.

I used the excellent guide below, which, sadly, may be out of print but if like me you would find it useful I’ve added a link Natural History Book Shop which might be able to source it.

Buy this book from NHBS