A few days ago I welcomed Hoverfly species number 26 into the garden. Well… that’s not strictly true. What I did was take a picture of a tiny fly occupying half the petal of a small osteospermum flower. I assumed it to be a diptera species I would never identify (or should that be identi-fly).

It was only when I examined that day’s photos that I realised this was a very small hoverfly and was new to me. I’ve pawed over my Hoverfly guide for two days… searching its pages as if looking for ‘secret squirrel’ or playing ‘where’s Wally?” I think I have eventually nailed it, in a 90% sort of way. If its what I think it is, it should have yellow legs… I’m assuming the legs are in shadow in the picture. There is only one confusion species as far as I can determine, but this definitely doesn’t have the requisite face! 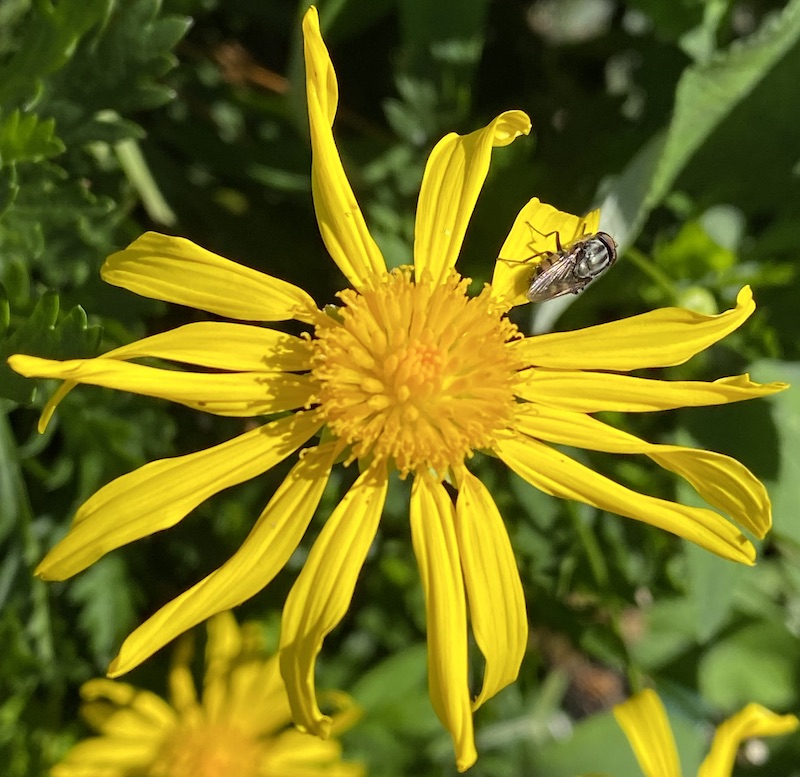 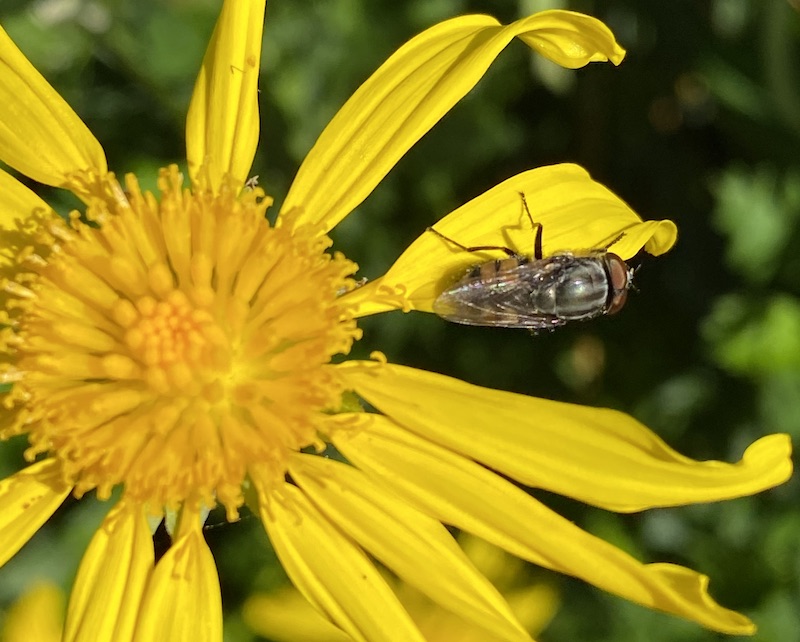 The species below is not new, hovering by one of the last of the petunias to flower. Most, including all the deep red ones that have flowered for months are now almost finished and will soon join the compost… such a shame as they have been feeding bees all summer long. 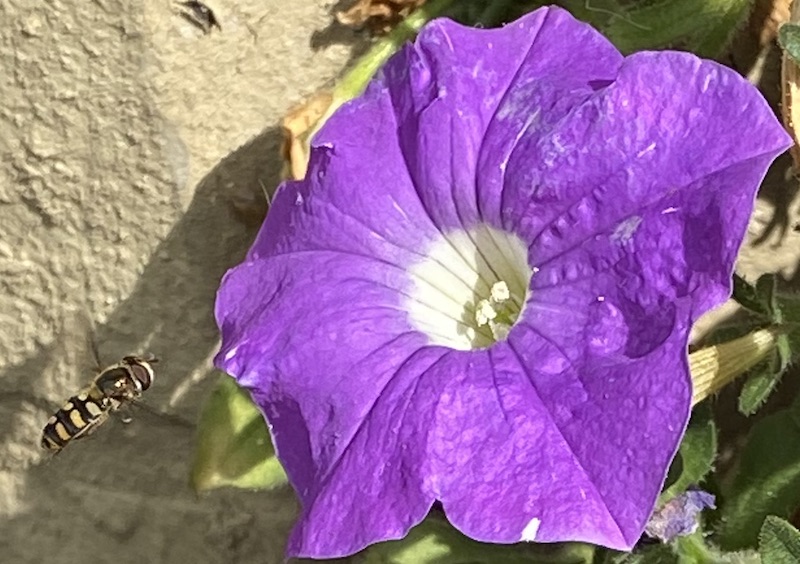