Yesterday looked perfect for the first ‘sea-watch’ of the year. 40MPH winds from the southwest makes the north coast in Margate  a sheltered spot. In big blows lots of birds take refuge either from the Irish Sea, English Channel or North Sea depending on the wind direction. I use a seaside shelter to scope the sea off Minnis Bay/Birchington. 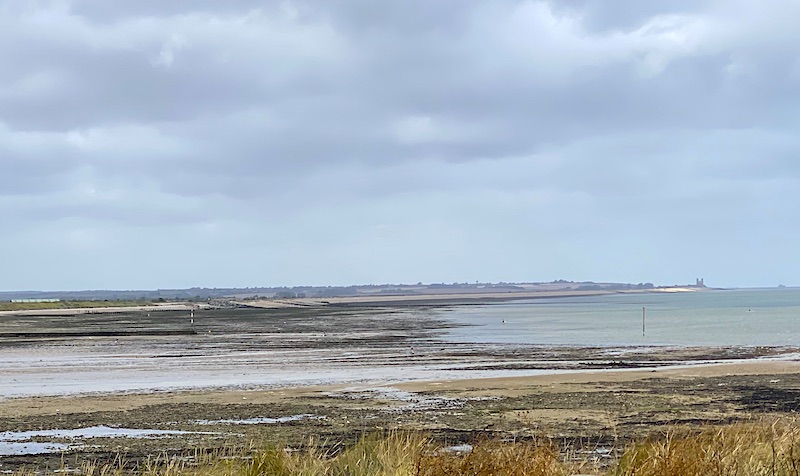 My timing was way off as the start of the strongest winds coincided with low tide so what was about was way out. I probably need to leave it until October but I took a chance and saw very little.  Long Sands was still exposed with a few seals hauled up with pups (In the photo one can barely discern the sands as they are nearly covered already by the rising tide). 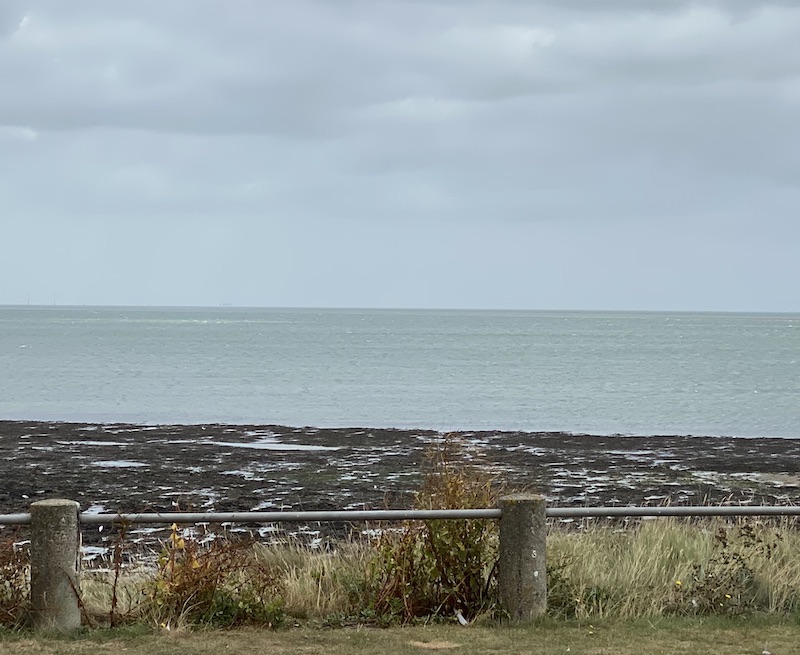 Most of the ‘action’ was from gulls. A few bands of Sandwich Terns moved through and one Shag in flight, three Widgeon ‘in off’ and a few fulmars were most of the highlights. There was one breath-catching moment when a small black bird with a white back end came into view out at sea. Wilson’s Petrel my heart shouted, until my brain calmed things down identifying the bird as a migrating House Martin!