As Alanis Morissette sang… ‘isn’t it Ironic’ that, on the last day of National Anti-Bullying Week, our Prime Minister gave his full support to the Home Secretary finding her not guilty of bullying despite his ethics advisor reporting that she had broken the ministerial rules. Ironic too, that the ethics advisor actually is ethical enough to then resign. Even more ironic are the cheers that echoed from Downing Street to Durham when another PM advisor refused to slip out the back door when, just six months too late, he was finally ousted.

Of course, no one can be surprised by a PM who consistently does the wrong thing, sems to have founded a chumocracy, is two weeks or more behind any trend you mention and has managed more u-turns than a plumber’s wrench. You would think we would have learned from his racist articles and Brexit terminological inexactitudes, let alone his bonkers ideas as London Mayor, remember the millennium bridge and the airport in the estuary? 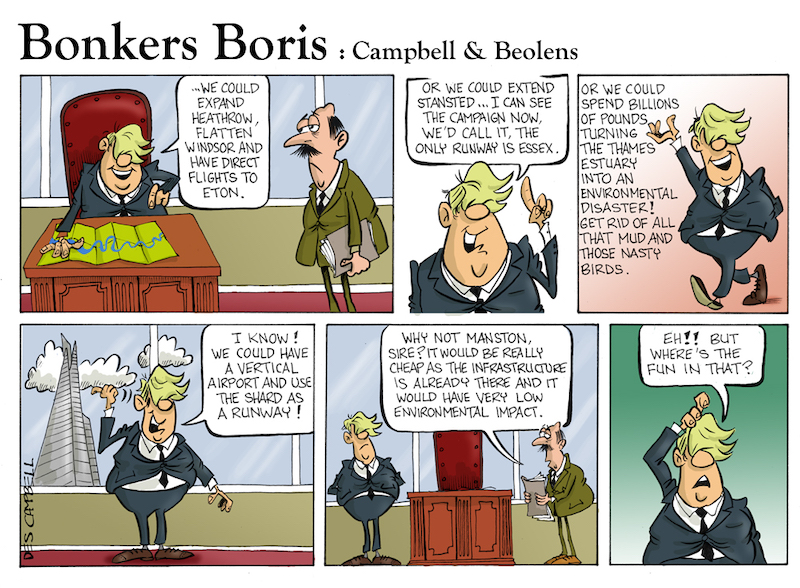 Can we have any faith at all in promises of a Green Recovery? Well, let’s see, in the week when a European Summit declared we have to act now or face environmental collapse our Green PM announced billions more to be spent on defence and it was leaked that our imaginative Chancellor is thinking of freezing the pay of all public service employees for three years… which will save as much as has been wasted on duff and un-tendered PEP contracts. Put another way, we could extend free school meals through the holidays for 4 million kids, or employ 20 consultants to source stuff in China while ignoring dozens of UK companies who have no friends or relatives in high places.

How ‘green’ is deregulating house building? HS2 continues to rip through ancient woodland and extra money was announced for road building. Being ‘green’ is not just announcing an end to diesel cars in a decade and beginning the process of turning our residential boilers into heat sinks… its also about commitment to total recycling, banning one-use plastic and re-wildling; its about turning grouse moors into sanctuaries, changing farming fundamentally and completely halting greenfield building.

There you have it, a week during which a number of words now have completely new definitions like ‘bully’, ‘green’, ‘corruption’, ‘fairness’ and ‘compassion’.