Let’s have a heated debate…

Yesterdays pleasant stroll to the ramp at Grove Ferry may not have turned up many birds, but it was full of wildflowers and insects. There were very few butterflies about, apart from Large Whites, Gatekeepers and Meadow Browns… exactly what I would expect there.

Just as we were leaving there were a few small butterflies which I tried (mostly unsuccessfully) to photograph. Among them, and the best picture, this guy. 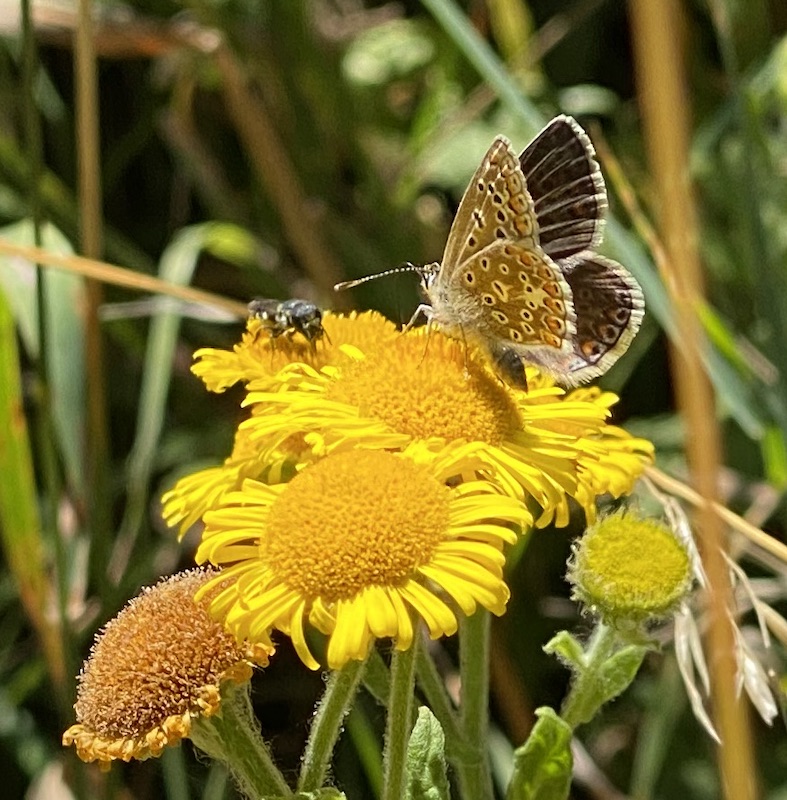 My first thought was Brown Argus as I have seen those before. But pawing over my insect books I found that it could not be, because there is a spot close to the body on the leading edge of the underside of the forewing. The obvious alternative then is female Common Blue – right time and habitat. Ash (my son) who is more experienced in butterfly ID recons that is what this is.

My problem is that the white fringe to each wing has black lines going across them… diagnostic of the rarer Adonis Blue – that frequents chalk downland… which the Grove isn’t. Ash is kindly adding it to some butterfly forums to get expert opinion… STOP PRESS The experts have spoken, the majority plump for Common Blue Polyommatus icarus. 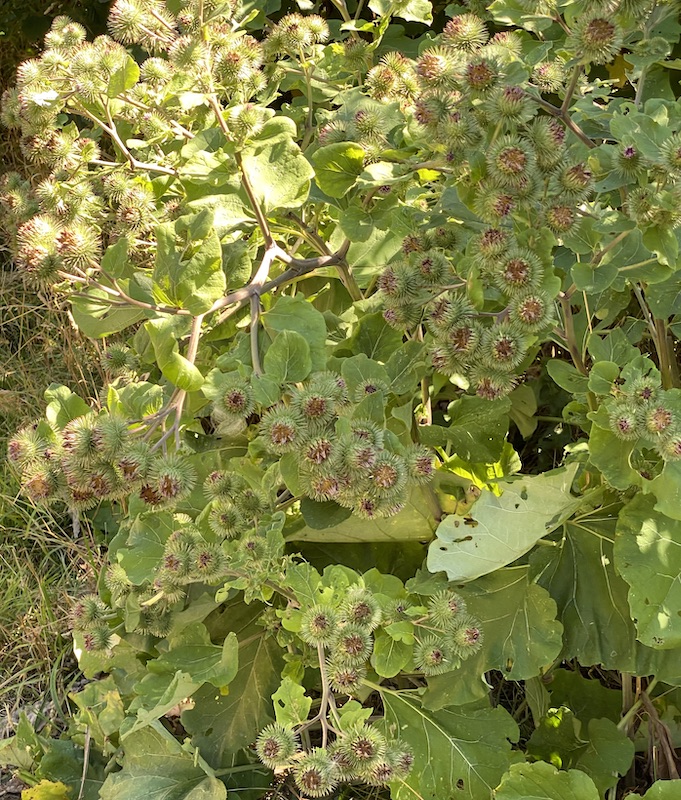 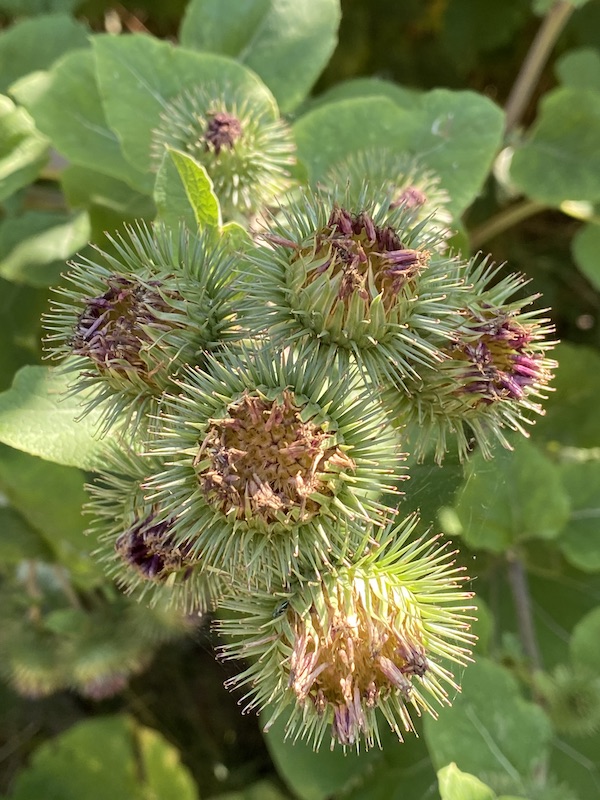 I think sticking to clothes (or animal fur) is a great way to disperse your seeds!

This dandelion-like plants was another attracting lots of insect activity. It’s a fairly easy one to ID from the leaves which have rows of ‘dimple’ each sporting a bristle. 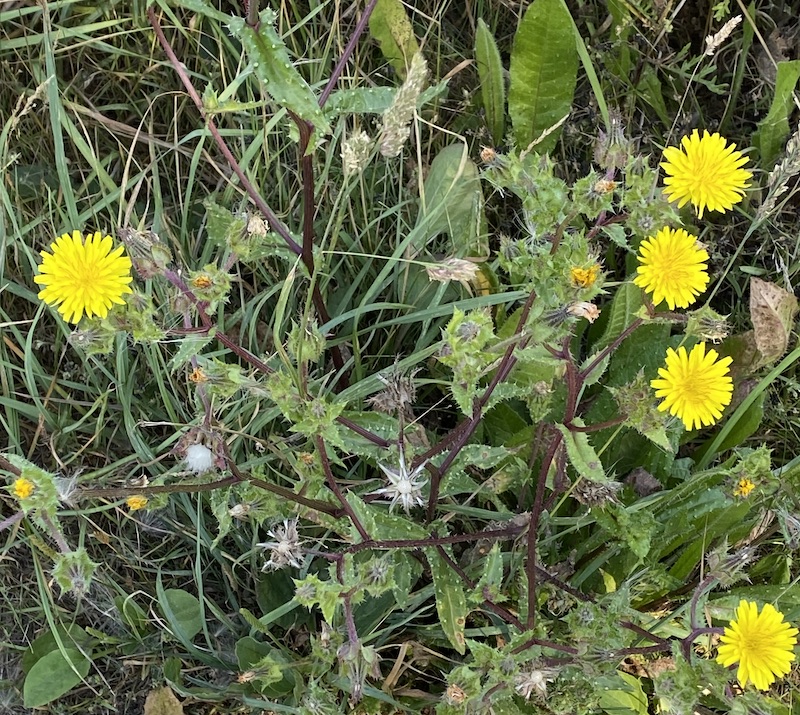 The management have begun to open up the edge of the small wood near the entrance, letting in light and allowing long buried seeds to germinate. Some of the older bushes are encrusted with lichen, making them really beautiful to see. 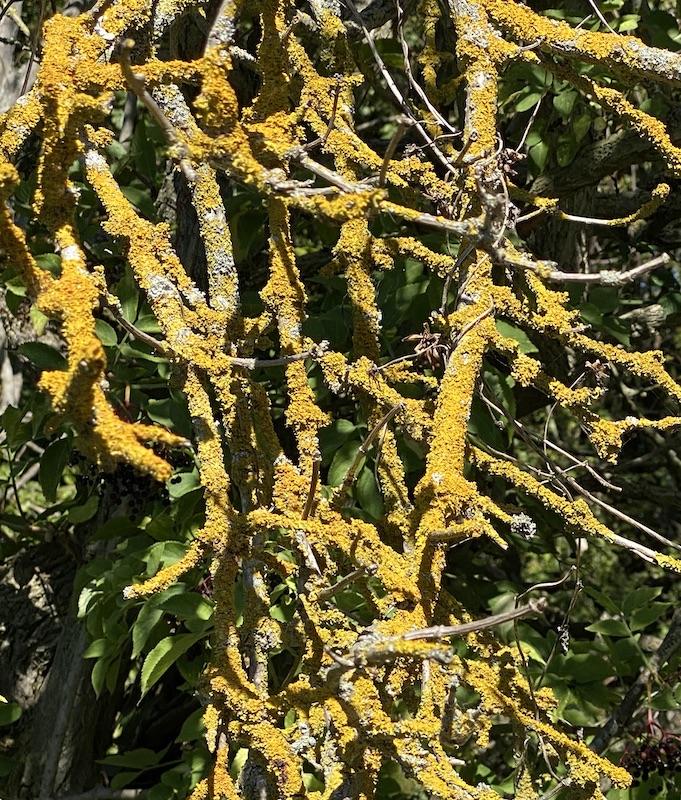