In desperation, when no nurseries had stock or mail order I bought some seeds, which came from somewhere in Eastern Europe. I’ve already blogged about the red pepper seeds that turned out to be radishes. Well the plant below was labelled calendula. 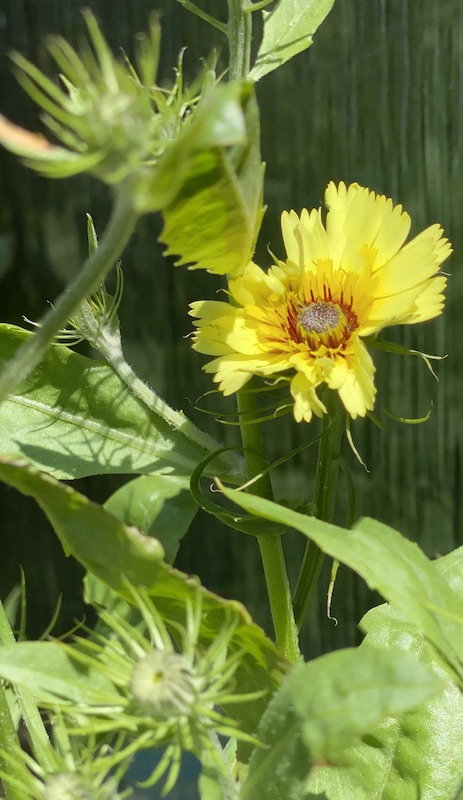 I’ve recently been sending off for wild flower plants to help attract more insects into the garden. Many of which are medicinal herbs. This one will win no beauty shows but is already a bee favourite. 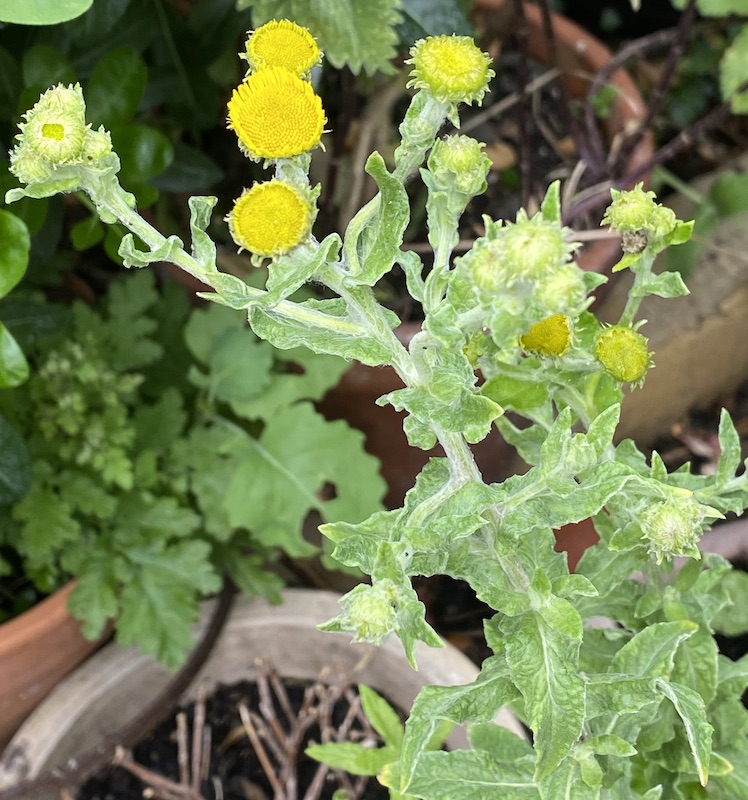 Fleabane’s common name comes from its former use as an incense to drive away insects. Its scientific name reflects the fact that it was used in the treatment of dysentery as well as eye problems.

This moth was lying dead in the bird bath this morning, seemingly drowned under the massive weight of a water droplet. Having photographed the underside I lifted it out to turn it over to get a picture of the upper-side and its started to move – its alive. So I gently decanted it to the nasturtiums where it crawled away to dry. 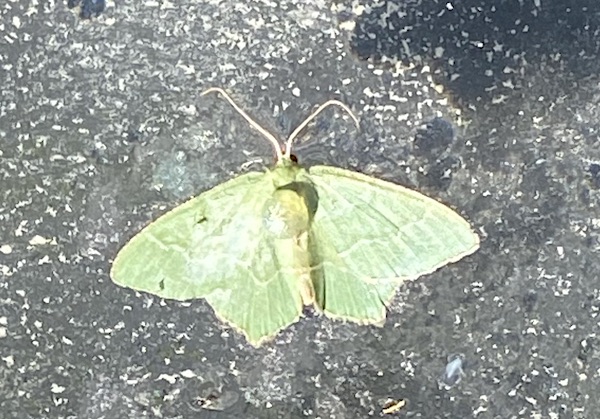