The first of these Syrphidae I’ve seen, or rather noticed, since 2014 and our thirteenth species this year. Seeking information, I’ve found their habitat is unimproved grassland and urban wasteland… which may be a comment on my garden! Later I found they like meadows rich in wildflowers, so I’ll take that.

Fortunately, they are relatively easy to identify with yellow antennae, fons and scutellum and bodies longer than their folded wings. They are between seven and twelve millimetres long with a wingspan of five to seven millimetres. 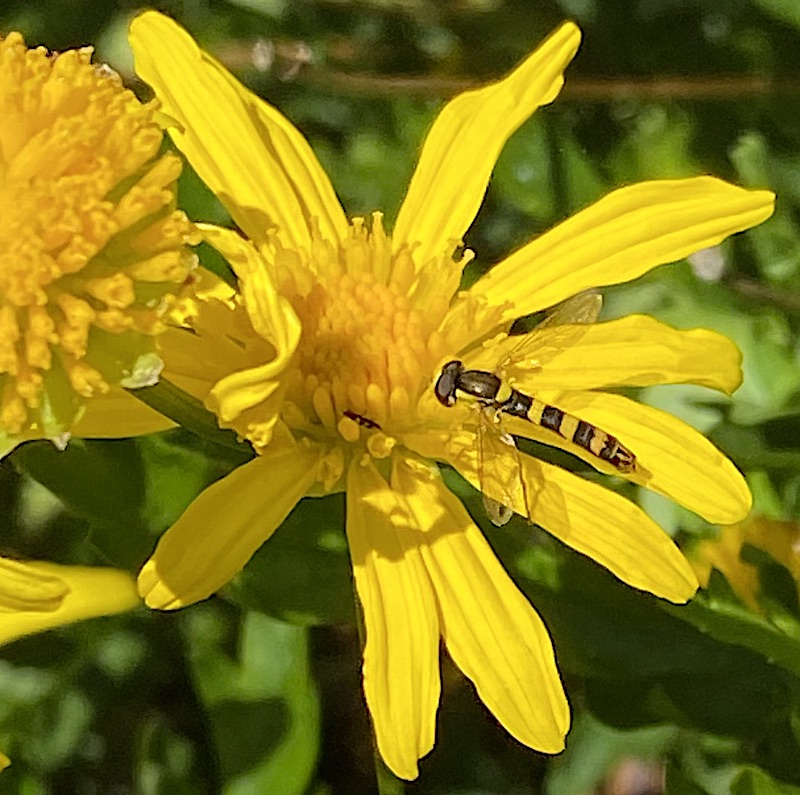 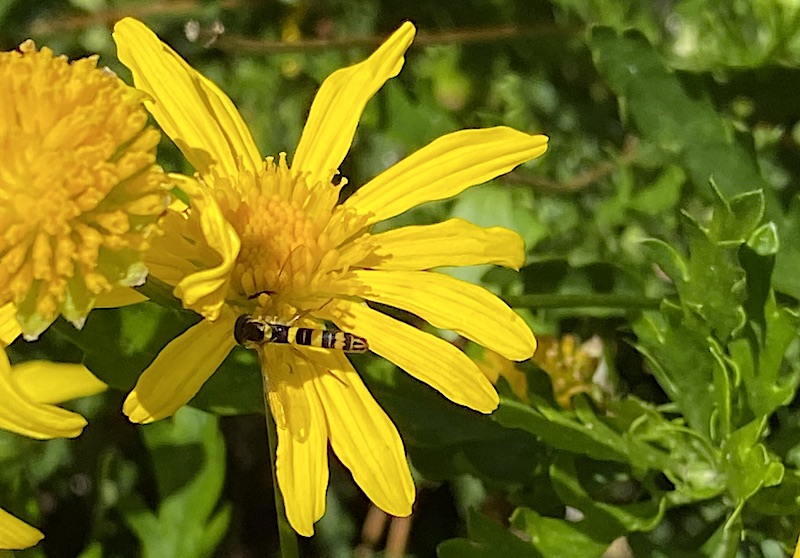 They are very widespread across Europe, North Africa, the Near East and Asia as far as the Malay peninsular.