Another of the ‘background’ plants is ‘Ninebark’, a large deciduous bush right in the middle of the garden. 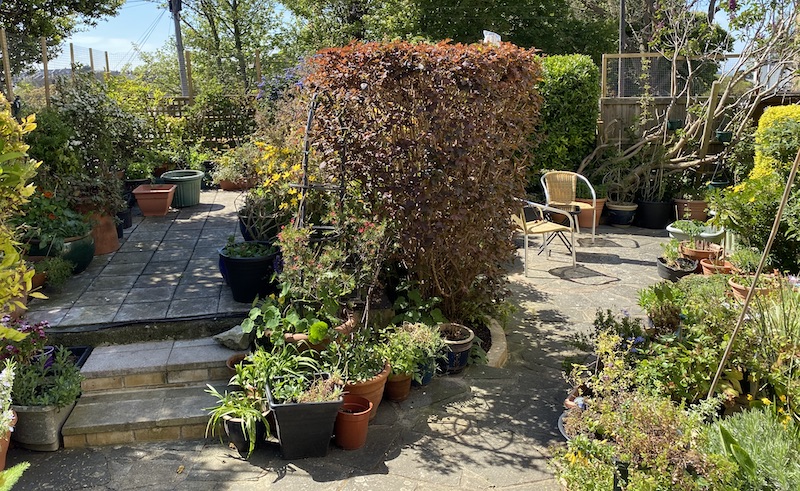 While it is deciduous, most years the leaves do not drop because of our mild, marine micro-climate. In late spring it flowers in profusion and is much loved by the early pollinators. 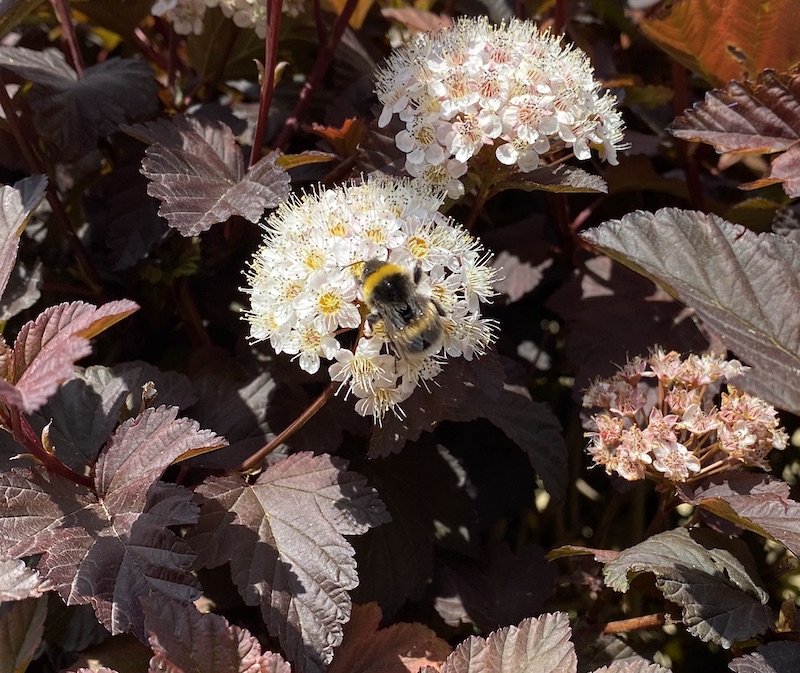 We have a second example in a pot along the side of the house which gets sun for only a few hours each day… it is yet to flower. Maybe it’s the lack of sun, or being confined to a pot or perhaps its a different cultivar. It’s a slow grower too, unlike its big brother that has to be trimmed every few weeks or it takes the light from half the garden. 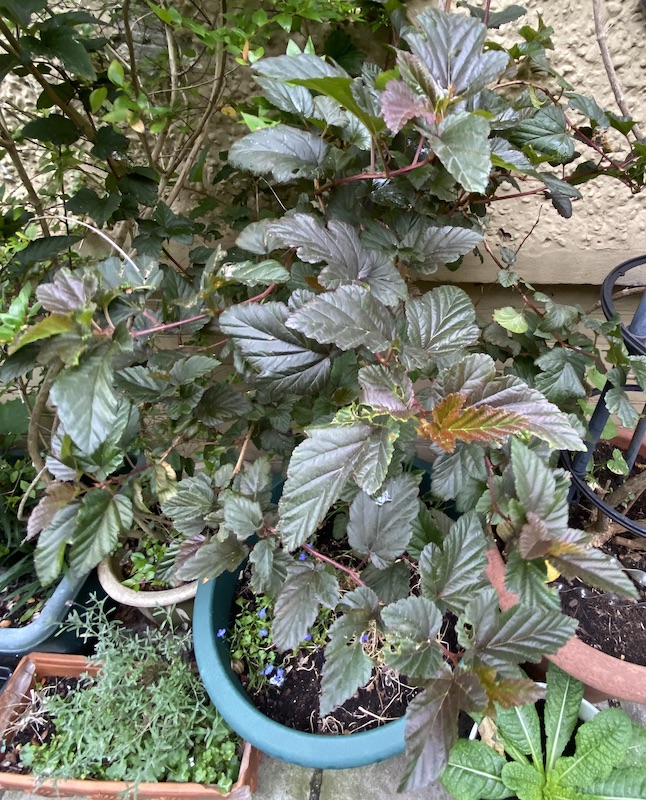 Under the smallest bedroom window, near the back gate is a variegated ceanothus that forms a background to many flower-filled pots. Its light blue flowers are quite short-lived. 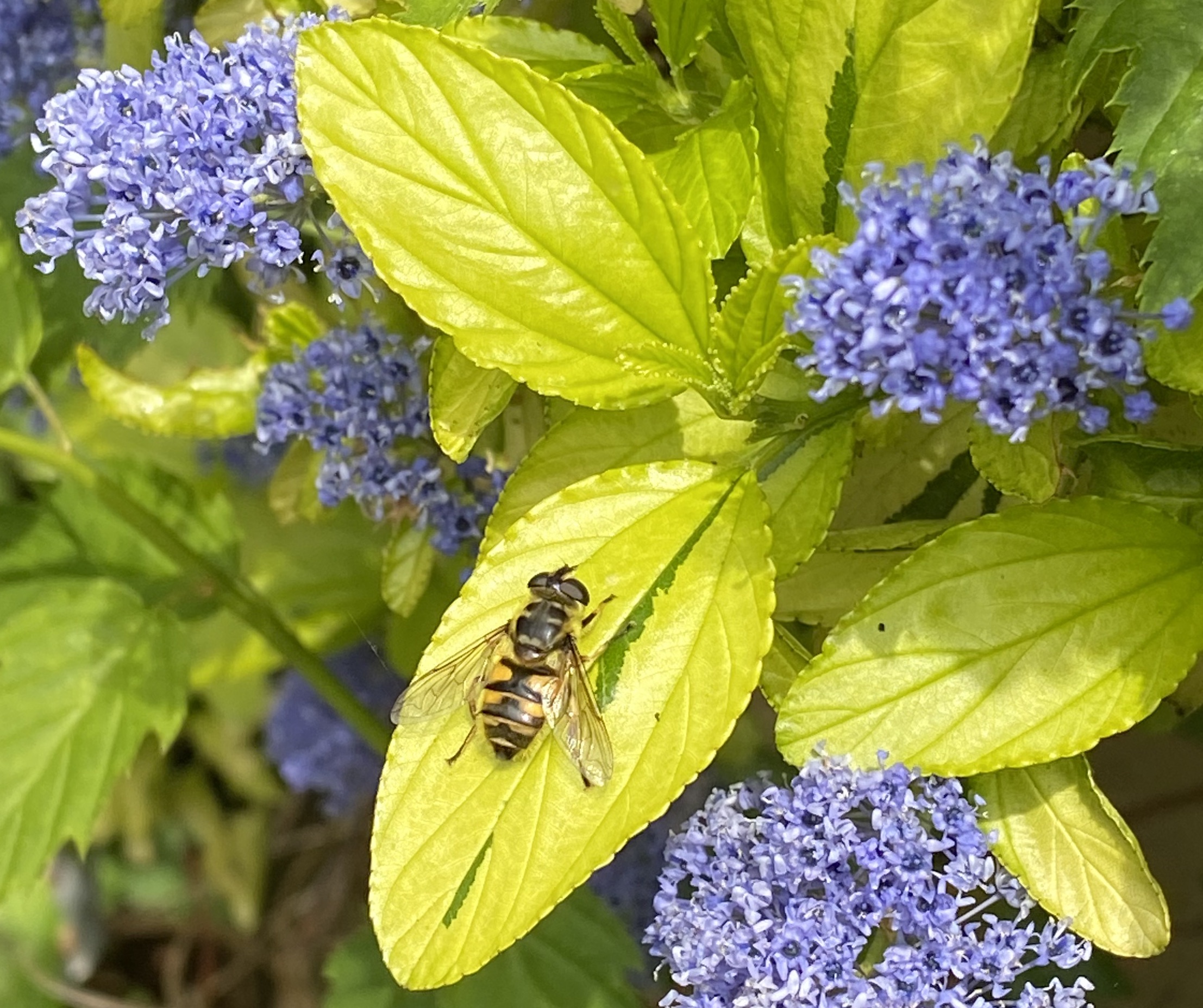 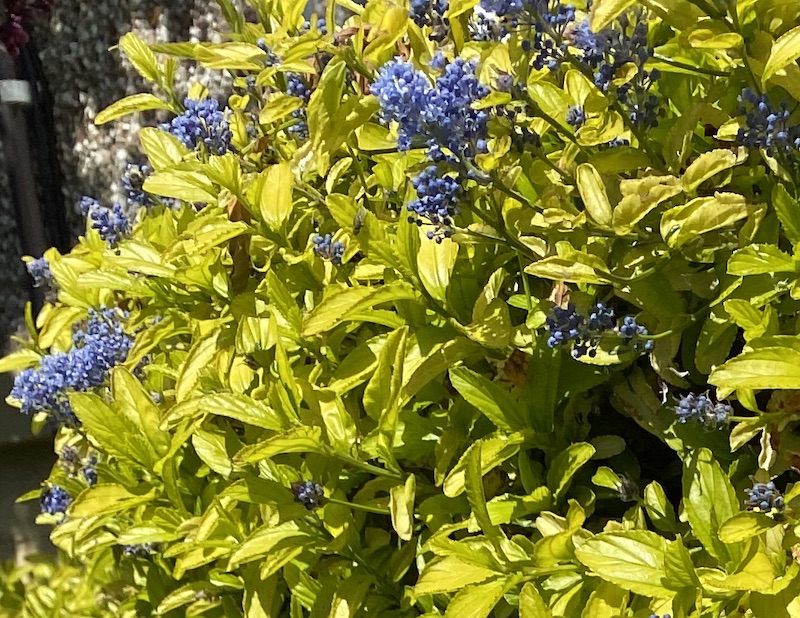 Its golden-green leaves are not just a pleasant backdrop but also give winter colour.