A postscript to yesterday’s blog… among my (pretty much terrible) photos while looking for bugs in Blean Woods are a couple of a small wasp I saw there. Not recognising it I posted them on the Ants, Wasp & Bee Facebook forum to ask for ID help. Imagine my chagrin when it was suggested I might like to post them in the hoverfly forum! But, but, but, I stuttered, look at the great long antennae! Hoverflies don’t have long antennae! Turns out a handful of ‘wasp mimics’ do :-(( 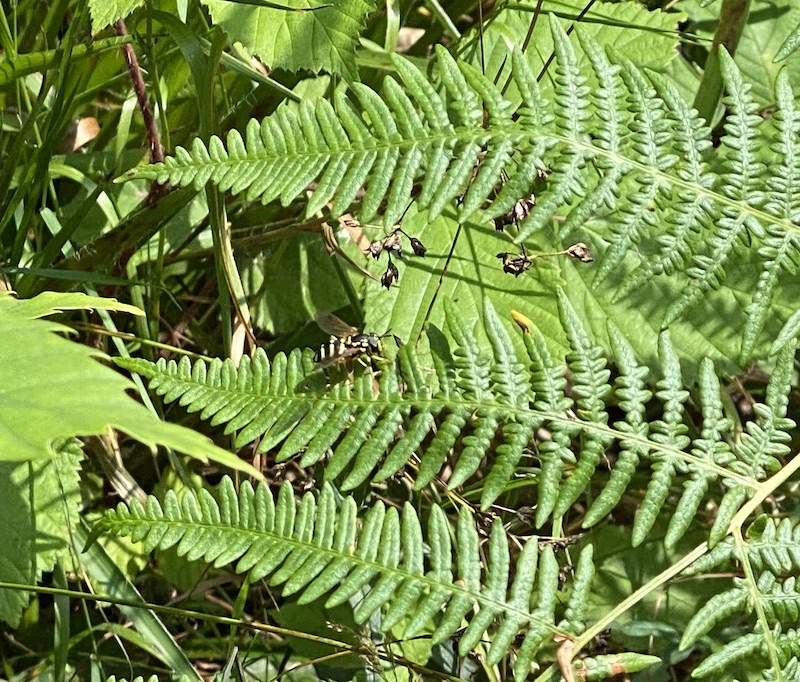 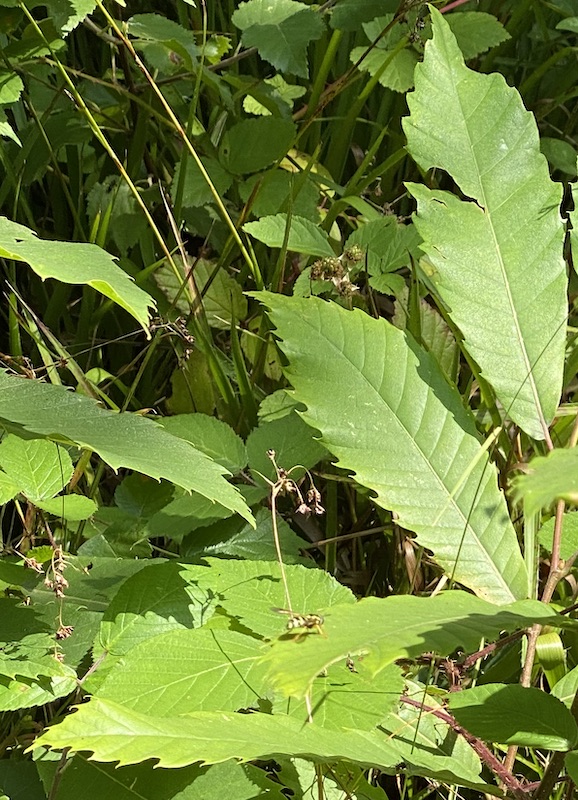 Meanwhile, back at the ranch… here is how the garden looks in mid-July. As some flowers are spent I’ve been trimming off dead flower stalks, weeding pots and generally tidying things up. (Although I have decided that any ‘weed’ that is visited by insects will stay. Dandelions, thistles, and even some rosebay willow-herb as long as it doesn’t become too invasive.) As summer progresses some flowers continue to bloom and others come into their own. Isn’t nature brilliant! 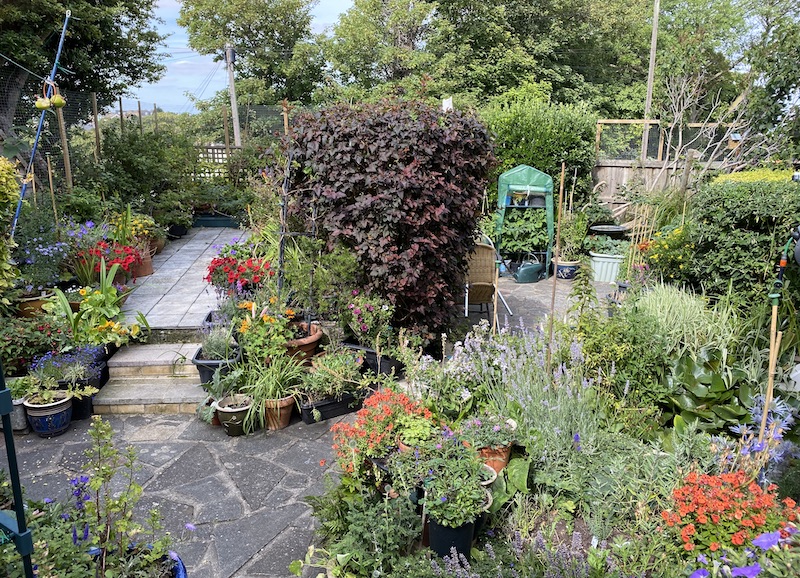