A warm and sultry day brought a couple of returnees to the garden… neither of these hoverflies have been seen this year until now. 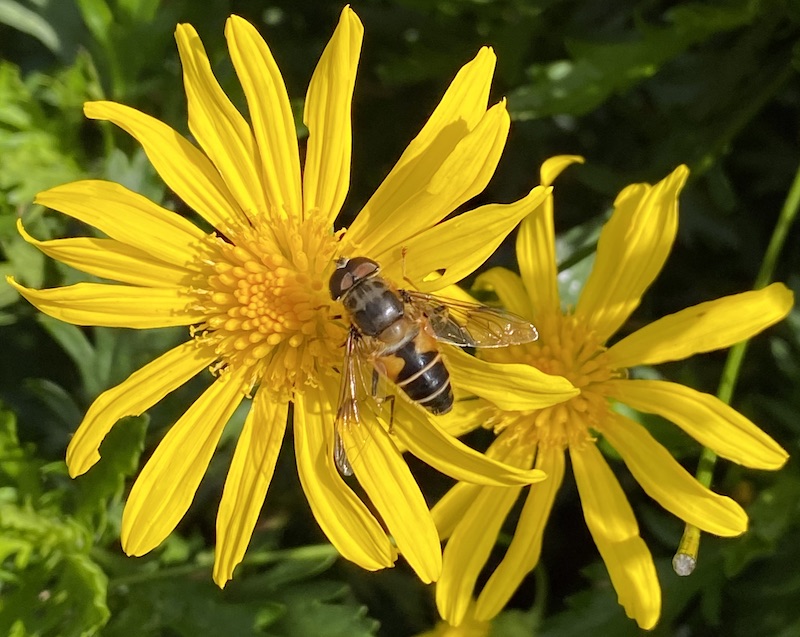 I’m fairly confident of the ID going by a couple of salient features including neat wing stigma and the hind legs which mark this out from a very similar drone fly.

The other I am 100% sure of as it is one of the most distinctive hoverfly in the UK. Sometimes known as Death Head Fly it is now more commonly referred to as a response to the very distinctive thorax markings. 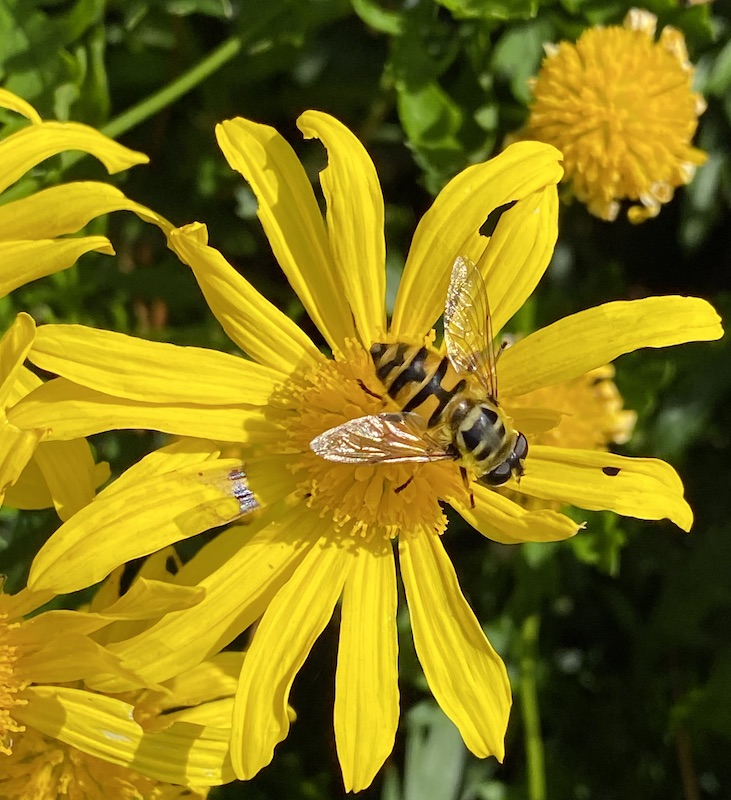 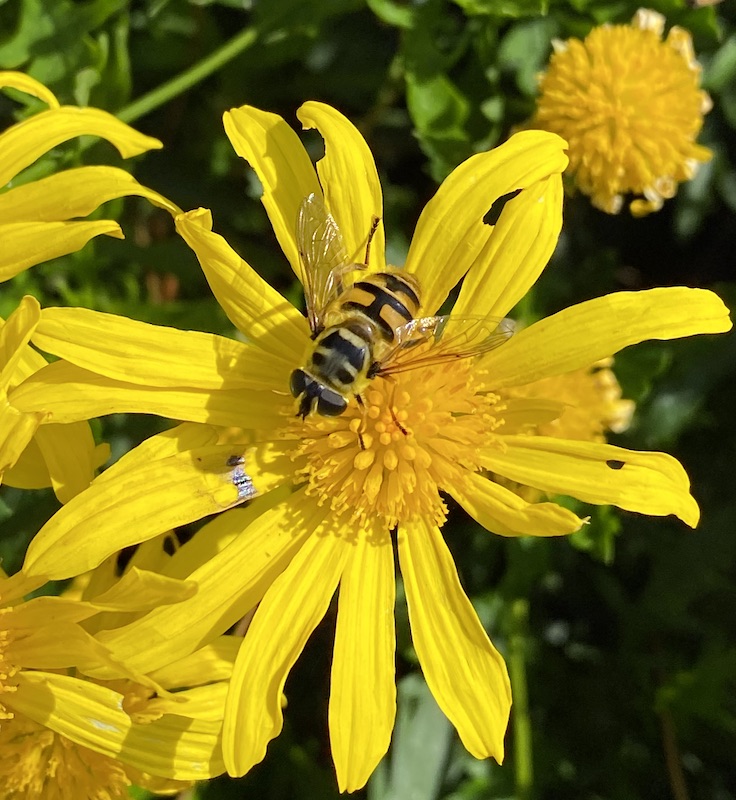 Maggie decided to move a hanging basket… it now blocks the path to the back gate, but it really deserved to be out in the open. 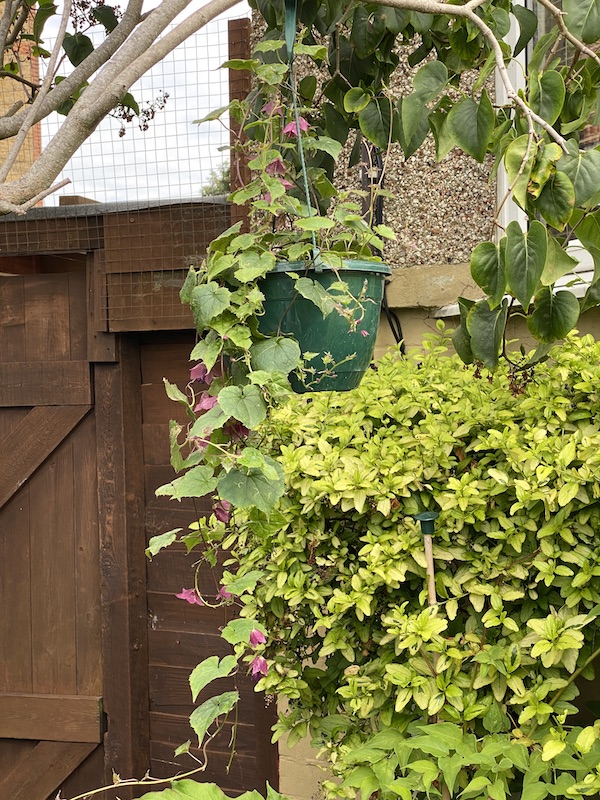